By Kaushik Raj in Caste, Society

A Dalit female activist gave this poster to Twitter CEO, and he posed for a photo with this poster. This, however, has offended the people from the upper-caste. I think this exposes their hypocrisy – that they are still casteist. What’s wrong in smashing “Brahminical Patriarchy”? Read the great poem “Chamaaron ki Gali” by Adam Gondvi Sahab. This poem is strongly against “Brahminical Patriarchy”. 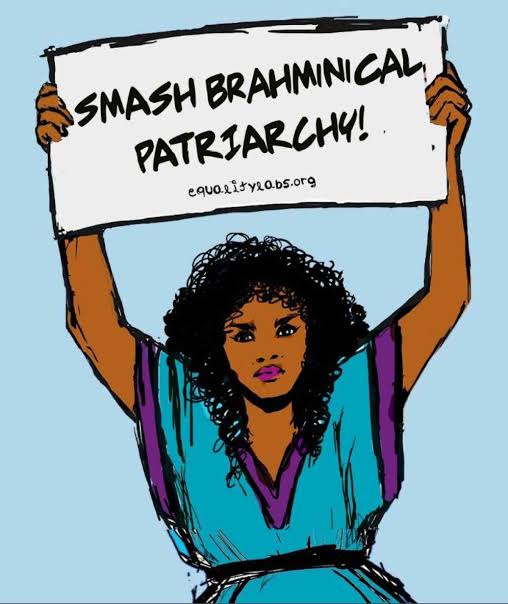 We have a history of Dalit women being raped by upper caste people and then denied justice. That’s why it’s called Brahminical Patriarchy – because a woman is violated not just because of her gender but also because of her caste.

It’s because Brahmans enjoy the privilege of designing and sitting on top of the caste hierarchy that fights against casteism are called anti-Brahminism. So, this term is not meant to offend Brahman people. The term anti-Brahminism is intended to challenge and fight this power. This term signifies the fight of powerless against the powerful.

There have been prime-time debates on our news channels trying to make this the most important thing to be condemned right now in this country. The way Twitter CEO is being trolled and abused on Twitter exposes that the upper caste people are still not ready for a casteless society.

Was Caste Census Simply An Electoral Gimmick For Nitish Kumar?

The Sexist-Casteist Lie Of “Compromise Karna Padega” In Indian Matchmaking

Explained: Why Over 11,000 OBC Students Have Missed Out On College Admissions