The Life Of Savitribai Phule

By Vijaya Shanbhag in Inspiration

Savitri Jyotiba Phule was the first woman teacher in our country. In fact, there’s a huge university located in Pune dedicated to her, called the Savitribai Phule University.

Savitri Phule was born in 1831, in Naigaon, Satara, Maharashtra, to a peasant family and died in 1897 during the British Raj. In Hindu society, at thay time, marriage ceremonies were performed in childhood, and so Savitri was married to Jyotirao Phule. They were 9 and 12 years old, respectively.

Savitri Phule was a brilliant, intelligent, and mature child. Jyotirao was a great revolutionary and always respected women and worked for girls’ education.

Seeing her great desire to learn he started teaching his wife at home and after a few years he sent her to Mitchell’s Normal School, in Pune. She took training as a teacher in Farar’s Institution. Later on, her husband started a girls school with Savitri as in charge.

The Phules brought education to the lowest rungs of society and started the Satyashodhak Samaj and Mahila Mandals to simultaneously educate and empower women. 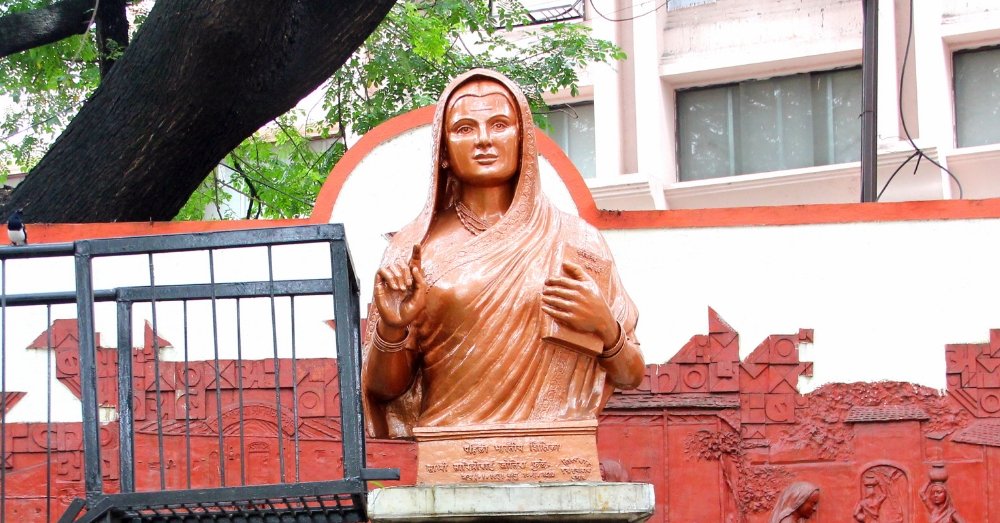 They worked to free our country from the evil and perilous system of caste and untouchability, with the help of the British Government. In the olden days, women who lost their husbands at a young age were oppressed and tortured by society due to orthodox principles. Many women would become pregnant due to oppression from and sexual slavery by wealthy lenders and other powerful men. The orthodox samaj (society) pelted Savitri and her husband for helping women out of these oppressive situations.

We, the educated class, will forever be indebted to Savitri and Jyotirao for equipping Indian girls and women with a weapon as strong as education.

Education is the most powerful weapon you can use to change the world. So said Nelson Mandela, the South African equivalent of our very own Mahatma Gandhi.

How We Can Bring Our Glorious History Out Of Poverty

3 Ancient Feminist Icons Who Created Ripples In The World Of Science And Mathematics!