The Four Abysmal Years Of ‘Make In India’

In a democratic, liberal, and rationalist country like ours, we have no right to criticise or question those in power. Our right to freedom and speech weighs in at zero—it has no value. If you want to express your views, you’re simply painted as an anti-national; if you dare to stand against and ask uncomfortable questions to those in power you are mocked, abused virtually on social media platforms, factually harassed or killed. These kinds of issues have become a common setback for our society. Consequently, people who know how to see the unspoken truth are baffled. Why aren’t we allowed to question something which does not fit our idea of how things should be?

Consider this. It has been four years of ‘Sabka Saath, Sabka Vikas’, but we are unable to find a single significant development. Development is an encompassing term which has different meanings to different people, be it Adani or a farmer.

After beginning the year 2019, why not go down the memory lane and look at some of the grave and complex issues which are at a risk of being glossed over in the din, but definitely need to be noticed. 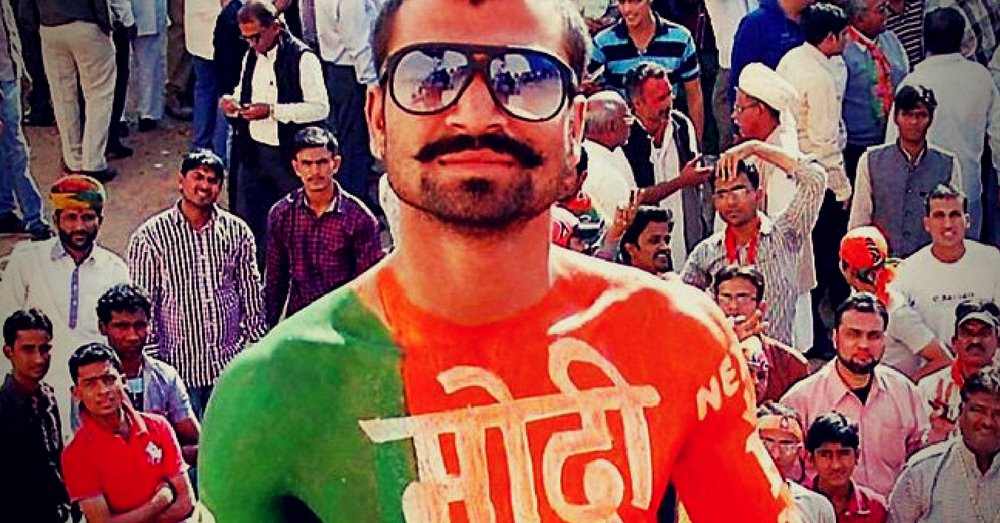 The controversial Rafale deal in which the current government has spent ₹58,000 crore for the aircraft, is a puzzle yet to be solved. Given that Hindustan Aeronautics Limited (HAL) is a government-led company, why wasn’t the deal given to our own, and very capable, company instead of a loss-making company like Reliance Industries Limited? How could the PM unilaterally sign the deal with France without keeping his cabinet in the loop, including the then defence minister Manohar Parrikar? Several other apprehensions were raised against the deal but the answer to them also remains vague.

After the Supreme Court passed its judgement against interfering in the cost dealings of Rafale, the Congress party is seeking a Comptroller and Auditor General report. The cherry on the top is that HAL now faces a severe cash crunch as the Indian Air Force delays payment.

Also read: From Rafale To Unemployment, Here Are 5 Issues To Lookout For In 2019

Those who have served humanity and fought for the rights of the underprivileged are shunned and arrested on the basis of fake accusations. For example, the people who were involved in the Bhima Koregaon violence issue. Five civil rights activists were forcibly put on remand and house arrest on the baseless accusation of being Naxalites. Also, they were accused of having links with the banned Communist Party of India (Maoist). How can one destroy the life of a person who loves to serve humanity? We have an increasing majority of cowards sitting in power, instigating violence. Its simple—shoot those who complain. 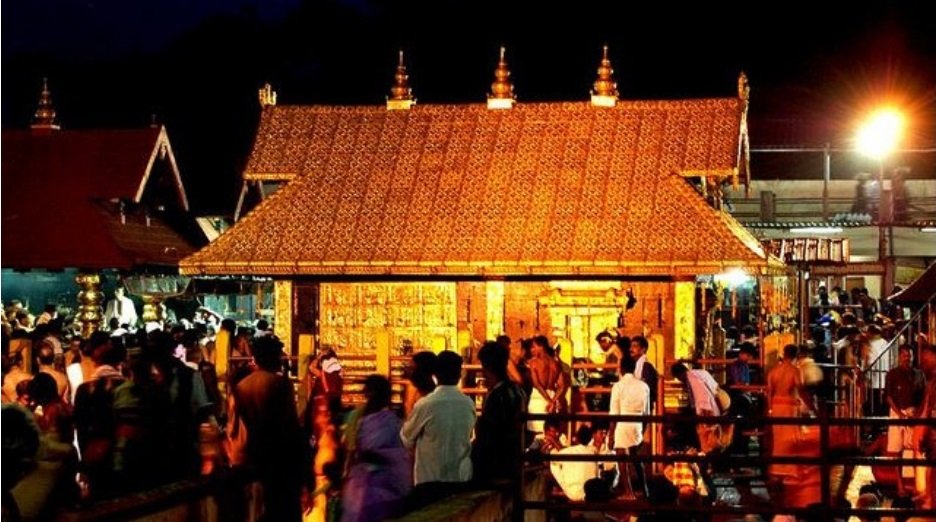 A place of worship becomes an ‘adda’ of dirty politics, such as the recent controversy around the Sabarimala temple which created a lot of havoc in the country. Now the question arises that if a historic judgment passed by the Supreme Court, why are women still not allowed to enter the Sabarimala temple? And why is the National Democratic Alliance (NDA) government allowing the majority of thugs in Kerala to create a ruckus at this pious place of worship. Amidst all the chaos, two women under the age of 50 dared to enter the temple in the wee hours of the morning. The duo were forcibly taken back by the police and ‘purification rites’ were performed at the temple.

The purported fake encounter of Sohrabuddin Sheikh, his suspected lieutenant Tulsiram Prajapati, and the murder of Sheikh’s wife Kauser Bi is a politically motivated case in which all the 22 accused persons were acquitted by the court.

Who killed Sohrabuddin? And how can all 22 accused be hostile all at once? Why is the Central Bureau of Investigation more concerned in establishing a particular pre-conceived and pre-mediated theory? The conspiracy has too many unconnected dots, with politically powerful bureaucrats and politicians involved in it. How can one hope that justice will prevail? 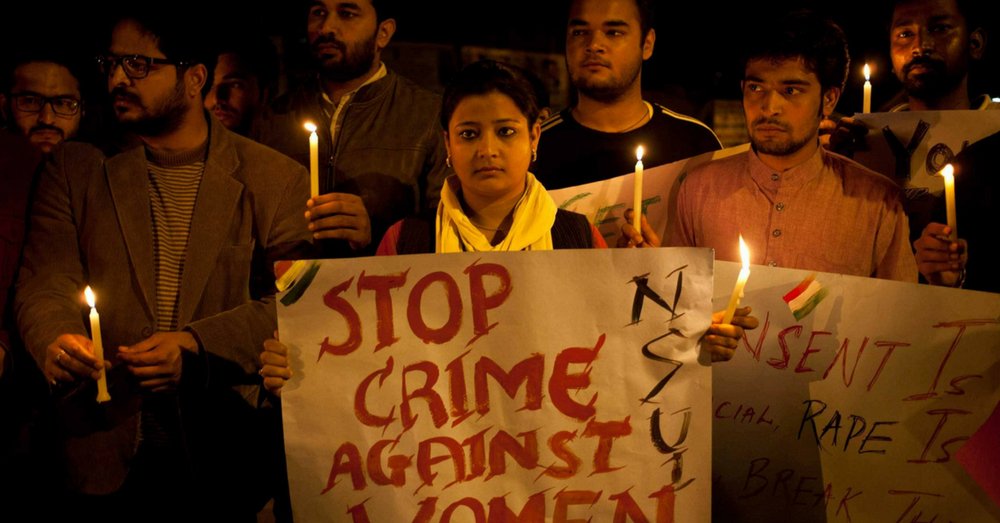 The Muzzafarpur shelter home incident remains one of the most colossal controversies of the year. Let me remind you that 34 girls were sexually abused, harassed, and raped in that shelter home. In the era of ‘Beti Bachao-Beti Padhao’, candle marches, public strikes, and long speeches on women’s empowerment, it all seems useless when we can’t protect the rights of little girls who are the future of this cruel and inhuman world! Rape culture in India has become so prominent that predators have no fear or shame, and it’s mainly because we have normalised this. Because “India hai, yahan sab chalta hai”.

Also read: The Answer To Ending Violence Against Women Has Been In Front Of Us All Along

It is not a failure, it is a scam. Why does no one talk about Demonetisation? Why don’t the news channels have healthy debates on how many suffered due to demonetisation? Why doesn’t Modi ji talk about demonetisation in his rallies? A lot of people have lost their lives and hardly any of us know about this. To talk data, according to Forbes, 100 people have died as a result of Demonetisation. An old man died due to heart attack while standing in the queue of a bank. Well, who cares about those 100 people and their families living under dire conditions? The government has more to deal with!

Unemployment is one of the biggest issues India is facing right now. Has unemployment increased under the BJP’s rule after they promised to create 2 crore jobs annually? Demonetisation alone has destroyed so many medium and small businesses. 1.2 crore graduates enter the job market every year but remain unemployed. Where will 1.2 crore youth go? Should they sell samosas or pakoras or simply become hawkers, vendors, beggars or criminals? Why hasn’t this question been asked? Also, women need jobs to stabilise themselves, not just hand-outs like sanitary napkins and cooking gas. It is jobs that will ultimately save their future and make them independent.

How many of us have tried to know why the government isn’t taking reasonable steps to eradicate unemployment and help the future of our country to grow? Look around and you’ll find a number of unemployed youth squandering away their precious time.

8: The Murder Of Rationality

It has become so easy to kill the voices of the people nowadays. The unprecedented removal of journalists Punya Prasoon Bajpai and Abhisar Sharma proves that India’s democracy and freedom for speech is a big loophole. The heinous assassinations of Gauri Lankesh, rationalist M. M. Kalburgi, and Narendra Dhabolkar remains unsolved. India has become a fascist country where the government wants to have a hold on people’s ideology, opinions, and, more importantly, on what they speak about.

More recently, the sort of narratives political parties bring in have made the majority of us politically vicious and morally reckless. It’s a shame because we as democratic individuals cannot be an opinionated crowd questioning what is wrong. It’s simple. This paralysing system has deprived us of our rights and responsibilities.

With the rise of the saffron tide of Hindu nationalism we routinely witness the an increase in dangerous activities. Extremist groups, mob violence, temple politics, provocative statements and speeches by politicians instigating violence and chaos among civilians, cow terrorism, the game of calling one anti-national, harassment and abuse of women, violence through fake news, communal polarisation, giving more importance to the death of a cow than of a policeman, and the act of being victimhood in the post modern era of Indian politics. Things have become horrendous and don’t seem like they will fade away any time soon.

Thus, democracy has become a joke in modern India and we think we’re changing into a more cultured, rational, plural and liberal India. How ironic!