India’s Conviction Rate For Sexual Violence Is 18.9%: When Will Women Get Justice?

We are all criminals of the moment; we see, we tweet, and then we move onto the next subject. We’re like a goldfish infused on top of the evolutionary food chain, slipping up time and time with remarks and decisions that border on amnesia. Historical significance holds no special chamber in our frontal cortex, as we continue to surge ahead with little to no consequence. This nation’s relationship with its women is a spitting image of how we continue to look ahead, and not look behind to learn a thing or two.

The brutal proceedings of the Kathua and Unnao case reminded all of us of the barbaric Nirbhaya case, in which a young medical intern was gang-raped and tortured in a moving bus in South Delhi. The case was used as a mile marker for changes made in the legal system, including the passing of stricter sexual assault laws, and the creation of fast-track courts for prosecution of rapes. Recent cases have also led to legislative changes.

At least four states–Rajasthan, Jammu and Kashmir, Haryana, and Arunachal Pradesh–have introduced the death penalty for rapes of minors, defined as below 12 years of age. Understanding the issues concerning violence and crimes against women are critical to generating sustainable solutions to the problem. Although underreporting remains a decimating issue for cases pertaining to sexual assault against women, an abysmal conviction rate of 18.9% is something we all should be paying more dividends to.

The criminal psyche isn’t concerned with the extent of how severe the punishment is, but is more distressed with how often people caught in the act face charges and are persecuted. For them, it’s a simple law of probability, which further exasperates their will to either move ahead or step back after weighing on the quantitative analysis.

With a deplorable conviction rate of 1 in 5, the odds are in favor of the perpetrator who can calm himself down as it is very likely that he won’t be staring down iron gridlocks later in his life. It is safe to make the analogy that the implementation of strict laws will not succeed to uplift the justice system as long as we don’t improve those odds.

Also read: As An Adult, It’s Even Harder To Accept That I Was Sexually Abused Several Times As A Child

Slow Down on Fast Track Courts

The Nirbhaya case may have decorated our judiciary with the Idea of fast track courts, but as productive as it may have seemed early on it has hardly been a boon for the justice system. In the process of trying to speed up the case, which takes away the procedural safeguards that an accused is entitled, as it moves on it further results in a situation of an unfair trial. When the due course of the process isn’t followed, it later allows higher courts to dismiss these cases citing the lack of procedural diligence and fair trial. Thus not only reducing the number of conviction rates but evoking people’s faith in our judiciary. 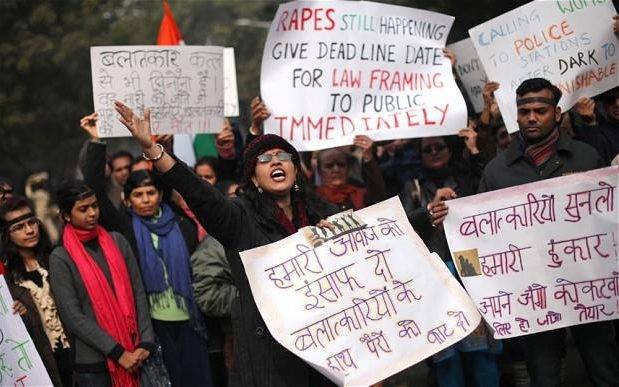 With over 3.4 crore cases pending in India’s courts, it is understood that over 82% of those cases are in that state of affair due to the less number of judges and lawyers floating around our judicial ecosystem. Not surprising, then, that India’s ranking when it comes to enforcing contracts, which also includes quality of the judicial process, is 164 out of 190 countries in the World Bank’s Ease of Doing Business rankings.

Not only do we lack a significant number of public defenders in the court of law, but we also seemingly lack the personnel who are supposed to uplift the system as the citizens’ constant faith in law continues to dwindle. Last year the Bar Council of India started a verification drive to identify the number of genuine and fake lawyers practicing in courts.

Much to the dismay of the already burdened system, about 30-40% percent of the practicing lawyers are bogus. Improvement of social capital requires the inclusion of more people in the field of social science. Lawyers are social scientists who are an integral part of our constitutional structure, thus their authenticity needs to be maintained and protected at all costs in order to perk up our justice tribunal.

Also read: ‘Every Moment, We As A Society Are Perpetuating Violence Against Women’

All of this said and done, what we really need to do is get rid of our blinkers and start looking at things from a bird’s eye perspective and not the colloquial tunnel vision. Scare tactics like the death penalty may trigger a sense of fear into the souls of a few people, but it still fails remarkably in its ability to counter social evils, and prohibit the rise in the number of people getting away with acts of sexual misconduct.

There’s an overall lack of sense and willingness to create avenues needed for the thrust towards a ‘just’ haven that harbors an army of vanguards who have the potential to elevate us from the disdainful situation we all find ourselves into. As long as we continue to build upon the notions of structural transformation, we might just be able to give the women of our country a chance to go ahead and rightfully posturize their perpetrators.