Loan Waivers Only Help Political Parties And Not Farmers

By Venkatesh Gupta in Politics, Society

Ever since the UPA government announced the biggest loan waiver of independent India in 2008 and successfully triumphed the next general elections, loan waivers evidently became a magical wand to win elections.

50% of the working population in India is engaged in agriculture. As agricultural distress never seems to end; loan waivers appear as a ray of hope for farmers going through numerous ordeals. This interim relief seems to provide some help to the farming community and also help politicians garnish votes, but the actual benefit is quite illusionary. Loan waivers are like the band-aids that ignore the deeper malaise and the underlying problem that ails the Indian agriculture.

Agricultural distress is more among the farmers who have smaller land-holdings. As per the report on Medium Term Financial Inclusion by Reserve Bank of India (RBI), a majority of marginal and small farmers, holding up to 1 and 2 hectares of land respectively don’t have access to banks and co-operative society for agricultural credit.
A whopping 63% of marginal farmers take loans from informal sources. The situation is no better for small farmers having a landholding size of up to 2 hectares. Almost 2/5th of them take loans from informal sources.

Since banks hesitate to give agricultural credit to farmers with small landholdings, almost half of the small and marginal farmers take a loan from informal sources. Loan waivers, thus, have a selective and preferential coverage. 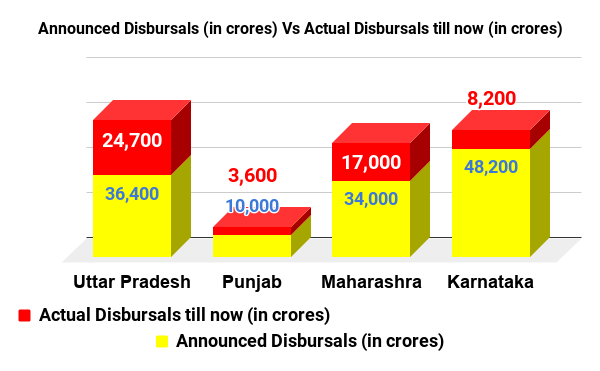 Loan waivers also create a moral hazard and promote financial indiscipline. It penalises farmers who work tirelessly and repay the loans. It has been seen that farmers start delaying repayments once elections are approaching in a state. After a delay in repayments for 12 months, these accounts turn into non-performing assets (NPAs). A report released by SBI research points out that there has been a huge delay in repayments once the loan waiver is announced in one state. Farmers in other states also expect the same.

Besides the moral hazard, loan waiver also pulls of the structural reforms in agriculture. 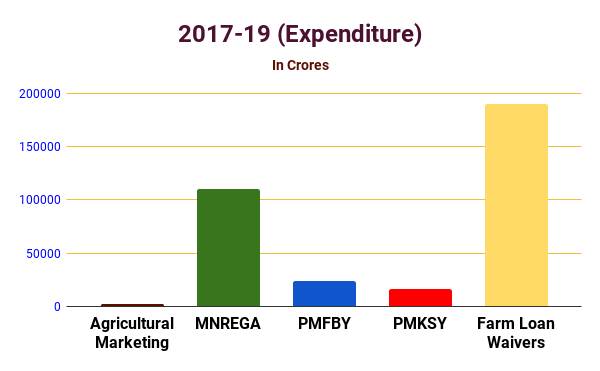 Loan waiver also triggers the fiscal deficit of the states. Loan waiver shifts the liability of the loans to the government. It’s a double-edged sword. While the government converts repayments to long term payment plan and it hits the banks who later shy away from lending to small and marginal farmers, the financial health of the state is also hit hard. The fiscal deficit of many states in India is way above the threshold level of 3% of the total GDP.

It is thus evident that the farm loan waiver isn’t the right medicine to address agricultural distress. Investment in basic infrastructure – irrigation, soil, machines and seeds can only solve the complex agrarian issues. Instead of waiving off the loan, providing direct benefit transfer to farmers (as majority of them take loans from informal sources) can be more rewarding.

Do you support farm loan waiver?