Propaganda Movies Have Been Shaping Public Opinion For A While Now

Propaganda movies are, by no means, an invention of the recent past. They have existed since times immemorial, precisely since the inception of World War II. The intent of propaganda is to glorify an idea and stir public opinion in a particular direction. During World War II, propaganda movies were made to infuse nationalistic feelings within the audience. Today, they still continue to do so, as seen in several movies released in the past year such as Uri, Sui Dhaga, and Paramanu.

While the nature of the enemy and the nature of the allies, shown in the movie Thirty Seconds To Tokyo, stirred hatred and hostility amongst the public towards America’s enemies and feelings of unity towards America’s allies respectively, the need to work and the need to sacrifice, urged American women to take up jobs in factories to support the war (as shown in Women in Defense) and encouraged the American public to give up luxuries till the war was over (as shown in Destination Tokyo).

Furthermore, the need to fight and what we are fighting, shown through the movie Why We Fight, infused feelings of patriotism within American citizens and glorified fighting not only for America but its values such as democracy. In Germany, another form of propaganda was on the rise. Hitler and his aid Joseph Goebbels, who was the head of propaganda in Germany, conspired to garner people’s support for the Nazi regime. This was done through the movie Triumph of the Will, where Hitler was glorified as a leader leading Germany out of international oppression and building a society devoid of any form of inequality. The real picture of Nazi Germany, contradictory to this, was rife with concentration camps where millions of Jews perished.

In more recent times, propaganda has been used to attain objectives such as recruitment, as done by ISIS and to change public opinion prior to elections, as seen in U.S. in 2016. Charlie Winter, in his report ‘Documenting the Caliphate’(2015), talks about how the Islamic State creates a Utopian view of its caliphate which is characterised by good governance, a flourishing economy and as the only land where true Islam is practiced. This distortion of the real Islamic state is instrumental in recruiting members of the ISIS.

Another factor that plays a crucial role in determining what stand the media takes, or what it conveys, is the ownership of news channels. Krishn Kaushik, in an article for The Caravan, writes how five news companies including news 24, India tv and network18 are indebted to either Mukesh Ambani or Mahendra Nahata. As a result, the control that they wield over these news channels is about 20 to 70%. Noam Chomsky, in his book Manufacturing Consent, talks about five filters that media is subjected to i.e. the owners, the advertisers, flak from others, the dissemination of information by powerful men and lastly, a common enemy such as communism or terrorists. These factors are the filters through which news passes and in turn shapes public opinion. 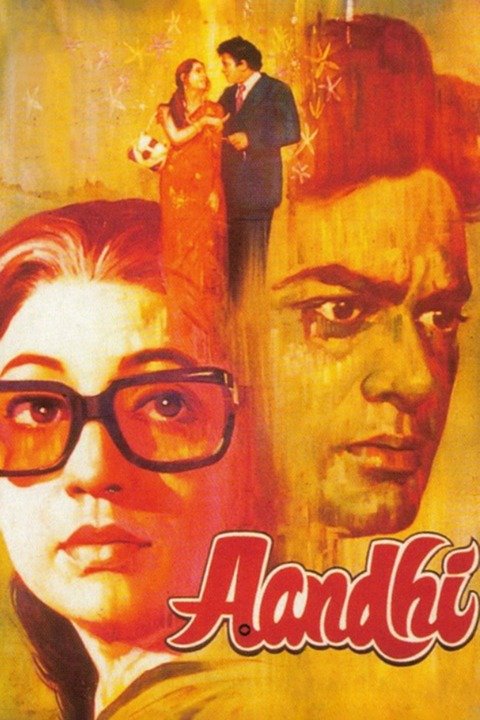 When we talk about India, movies such as Uri and Paramanu glorify the BJP rule and portray that they have upheld the country’s reputation on the global stage, through surgical strikes and nuclear tests. Sui Dhaga and Toilet, Ek Prem Katha popularise initiatives of the government namely Make in India, Startup India, and Swachh Bharat. Thackeray, a biopic of Bal Thackeray, aims to gain support for the Shiv Sena prior to the 2019 general elections. Moreover, the last two years have seen an increase in movies with a nationalistic tone.

However, propaganda movies in India too aren’t a recent invention. Two movies namely ‘Kisaa, Ek Kursi Ka’ and ‘Aandhi’ were banned during the 1970s as the former satirised Indira Gandhi’s politics and the latter depicted her relationship with her husband. In more recent times, shows such as Mann Ki Baat serve as an effective tool for the Prime Minister to connect with his audience and to portray himself as a man of the people. TV debates too play their part in polarising public opinion and creating binaries, often deviating attention from issues that really matter, such as hunger and poverty while talking about issues such as sedition or Ram Mandir.

Overall, propaganda isn’t only prevalent in movies but pervades all forms of media. While propaganda movies in America are known to be successful in rallying the American citizen’s support for the war and driving women to factories to work, shows like Mann Ki Baat in India effectively allow the Prime Minister to connect with the common man.

Also read: This Election Year, What On Earth Is Going On With Bollywood!?