The Changing Trends Of Indian Cinema

By Sayani Kundu in Culture-Vulture

If the film is simple, you can include a hundred details that create the illusion of actuality better.

Cinema could be referred to as the ‘bread and toast’ of the Indian audience. With one of the vastest and most expanded film industries in the world, Bollywood reaches upto 1.2 billion Indians and to the world outside this continent.

If we were to debate about the changing trend that has occurred in this realm of the Indian cinema, we have to look at the abyss of the history of Indian cinema.

‘Raja Harishchandra’ (1913) is a legendary film directed by the father of Indian cinema, Dadasaheb Phalke. This 40-minute silent film can be regarded as the first full-length Indian feature film. The film is primarily constructed on the eponymous legend of King Harishchandra, who immolated his wife, his children to keep true to the promise of sage Vishwamitra. The theme of integrity, morality and the repercussion of traditional Indian mythology is predominant in its approach.

Our discussion would be of no significance, without the indication to one of the periods that brought India on the global map, an era(1940-1960) that was adorned with filmmakers and actors that left an indelible ramification on the films that are produced today.

Movies like Shree 420 (1955), Pather Panchali (1955), Mother India (1957), Mughal-e-Azam (1960), The Cloud Clapped Star (1960), Misamma (1955) to name a few. The socio-political impact, the struggle and the drudgery that the every Indian had to go through is subtly reflected in the conscience of the films. The movies generally whirled round the reverie of a common man, floating to and fro, dashed by the adversities of life, and in the course of the novel is revealed as a round character, with shades of grey, but ultimately finishing off with a ‘happy ending.’

It should also be indicated that regional cinemas of this time, especially Malayalam cinema, derived much of its strength from its literature (e.g =Cheeman (1965)), winning the National Award, as we all as director Mrinal Sen’s production of ‘Bhuvan Some’ which made its mark in the long run.

The second phase of Indian cinema constitutes the reversion of themes from the poor, feeble man to the urban working class society. The story line transformed to a larger extent. By the early 1970s, the backbone of the cinema was musical comedy, underworld mafias of Bombay, cunning villain, love stories of protagonists divergent in their economic status.

We can assert it as a personality which bears the traits of a hero, who is sterling in the art of dancing, to the rhythm of music to punching and kicking, and acting as a savior to the ‘damsel in distress’. Movies like Aradhana (1969), Deewar (1975), Zanjeer (1973), Sholay (1975) mark this period. This can be interpreted as the birth of ‘commercial Bollywood’, which was charged with elements of action, comedy, musical, melodrama, and the point of convergence being the male heroes, leaving a spinnet of place for the evolution of the female protagonists. Down in the South, the new wave cinema originated in Karnataka and Kerala. Pattabhi Rama Reddy’s Samskara(1970) and Adoor Gopalakrishnan’s Swayamvaram(1972) were the trendsetters in Kannada and Malayalam respectively.

The 80s witnessed the most diverse shift in the thematic representation. The science-fiction made its appearance on the big screen with Mr. India (1987) starring Anil kapoor and Sridevi. Quayamat se Quamat Tak, Jo Jeeta wohi Sikandar, Maine pyaar kiya, Baazigar and other rom-coms dominated the screen in that era. Among the renowned South Indian movies, we could name a few movies e.g : Elippathayam, Pokkuveyil, Chidambaram, Oridath and Piravi etc.

The Cinema Of Today

The last phase began in early 2000s to the cinema of to-day. The major change that these movies depict is the 21st century human race; a concoction of human misery, mirth, escapades, simplicity of domestic life, visual effects, global appeal, the desire for realism, and the lack of utopia which had been previously given a splendid importance.

With the introduction of web series, and world cinema, India has definitely woken up from its dream vacation in an Indian ecstasy (mostly European delights shown as Indian places) to the innate feelings of a protagonist and there has been a great emphasis on the storyline, the cinematography, the power of its actors to maintain the attention of the audience through their hearty performance. 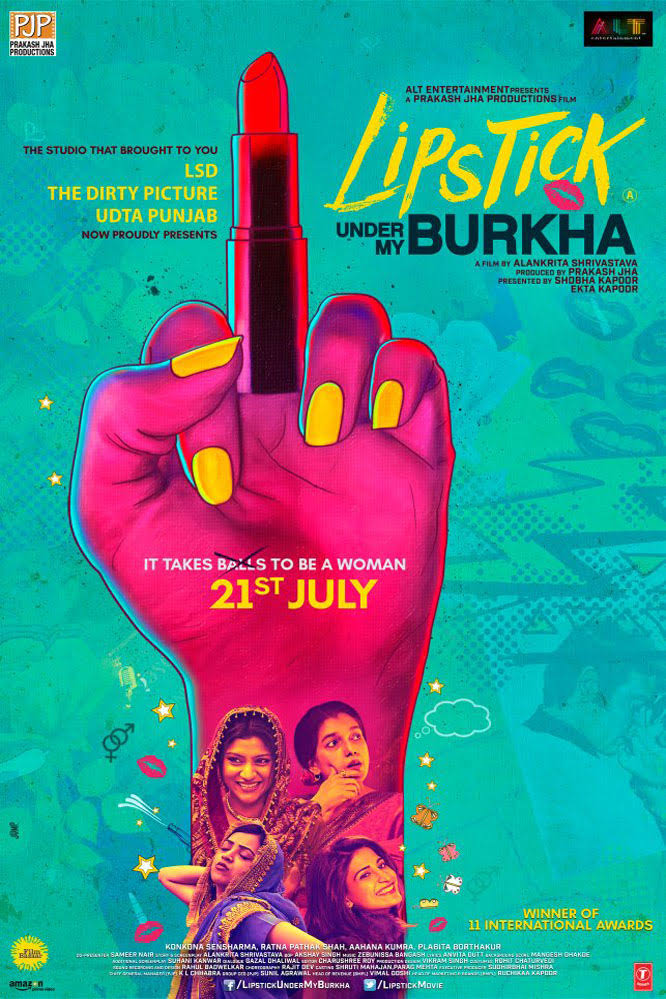 Irrefutably, Indian cinema, in older times, had seen undaunted, courageous filmmakers who forged stories that defied social taboos, and the questions of homosexual relationships, illicit affairs but the embracement came in full fledge during the millennial age.

We reside in a world which is biased and stereotypical and yet there is a cramped relation with a bold adaptation of issues which were earlier perceived as wrong, and have suddenly gained the title of being progressive. We might have to go a prolonged way before we can be truly, liberally modern in the very sense of that term.

Padman, Dangal, Lipstick under my Burkha, Pink, Piku – every and each one of this masterpiece shows the way frame of mind can be shattered, and the changing vigour of Indian cinema, it’s growth from its pithy, narrow circle. Women are now casted as protagonists, and the sexual orientation is not a matter of discomfort anymore.

Cinema is a world view of a community and directors, by taking the crucial changes in the mainstream lifestyle into the canvas of 2 hours is no less than an enchantment.

May cinema continue to flow in its accelerating wave, and provide us with stories that reflect every facet of this mundane yet magical human (and alien) life.