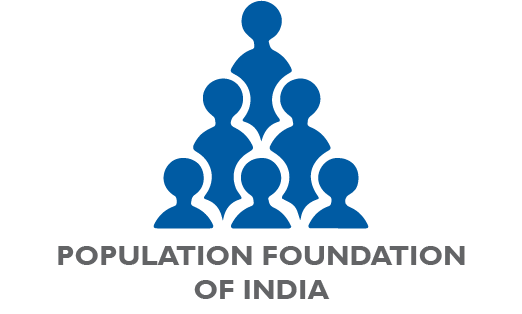 Editor’s Note: This post is a part of #YoungSambandh, a campaign by Population Foundation of India and Youth Ki Awaaz to find solutions to improving access and awareness of sexual and reproductive health and rights among young people. Have a story to share? Share it with your thoughts and suggestions here.

Every girl born in the Bohra community in India faces the risk of being subject to the practice of Female Genital Mutilation (FGM). The two-million-strong Shia Muslim community, worldwide, practices FGM unabashedly even today. Shorn of all its cultural and religious colour, the practice is meant to control the sexual desires of and sexual pleasure in girls. It is meant to ‘tame’ and curb girls and young women, to ensure they do not go astray, and that they stay faithful to their husbands. In effect, it is a form of sexual abuse and violence against women.

There is no question of choice, as FGM is performed when a girl child is a mere six or seven years old. It is done as an unquestioning following of a custom dictated by a purported “religious” requirement.

Historically, FGM is a sexual and reproductive rights issue. It is a rite of passage making girls who are cut ‘ready for marriage’. In India, FGM, also known as “Khatna” or “Khafz”, involves cutting a child’s clitoral hood for no medical reason. The clitoral hood is a very thin membrane and doctors have stated that it is very likely that both traditional cutters and medical doctors will do severe damage to it, even if it was not intended. The clitoral hood has a function—it is not merely extraneous skin. It is meant to protect the ultra delicate and sensitive clitoris. By cutting, and putting 7-year-old girls through this frightening ritual, what psychological function does it serve? And why are the girls told to never speak of it again? What does it teach them about their bodies and, specifically, their genitals and sexuality? It teaches them that they don’t have any control over them.

Shahina, a 47-year-old respondent of a research study that WeSpeakOut conducted on FGM, says “The place where I am cut, I feel like my skin has gone dead. What was earlier sensitive is now no longer sensitive. When I touch there, it is scarred and I just have no sensation at all.”

In the same survey, another respondent, Mehfuza, a 42-year-old Bohra woman, says “On touching the area that was cut during Khatna, I feel a burning sensation. During sexual intimacy that area would burn a lot.”

Also read: The Sickening ‘Tradition’ Of Cutting The Genitalia Of Young Girls In India

These and several other testimonies of women have described in detail the pain, trauma, and psychosexual impact Khatna has had on their bodies and minds.

The practice of FGM is centuries old, and continues today in many areas of Africa, Asia, Europe, and America. An estimated 200 million women have undergone the procedure, and an estimated two million are subjected to it each year during infancy, childhood, or adolescence.

The World Health Organization has defined four categories of FGM. Type 1 involves the removal of the prepuce and, sometimes, all or part of the clitoris. In Type 2, the clitoris is removed along with all or part of the labia minora. Type 3 (infibulation) involves the removal of the clitoris, some or all of the labia minora, and the sealing of the labia majora with only a small opening remaining for the flow of urine and menstrual blood. Type 4 is a general category that includes other operations on the external genitalia as well as procedures done to the vagina. The FGM procedure itself can lead to shock, death, and infection. Long-term physical effects of infibulation include difficulty in urinating, in having sexual intercourse, and in delivering a baby.

Today, the world over, there are enormous efforts being made to eradicate the practice by international agencies, governments, and grassroots community advocates. Elimination of FGM from the world by 2030 is a Sustainable Development Goal (SDG) to which the government of India is committed.

Yet, in India, we do not have a clear law to prevent and prohibit FGM. While there exist in Indian law provisions for criminal action against any form of hurt (IPC section 324, 326), there is no specific mention of FGM/Khatna in our laws, and the practice largely goes unnoticed.

It has been seen, internationally, that public education as well as legislative action are important tactics, as are working to educate health care providers. WeSpeakOut, which is a community-based organisation of survivors of this practice, faces tremendous odds working with women and men to educate and make the people aware of the irreparable harms caused by FGM/Khatna.

It is time for the Government to step up and take note of this much hidden practice and initiate comprehensive measures to tackle this. The first step that would go a very long way in this journey would be for the Government to at least openly accept that this practice exists in India. The work for the elimination can then begin.

Also read: I Bled For 3 Months Continuously, But Doctors Refused To Believe It Was Linked To Stress