Feminism Needs To Be Propagated, And Not Just By Cis-Women

By NAMRATA MISHRA in Feminism, Gender and Sexuality, Sexism And Patriarchy

“Feminism is only for women”- a prejudice that is widely opined by proponents of patriarchy, who oppose feminism without actually understanding its true essence.

This can be a result of not just patriarchal biases but also of misrepresentations of feminism by self-proclaimed feminists. The truth is that feminism is for all. Feminists seek the removal of all forms of inequality, domination, and oppression through the creation of a just, social and economic order at home, both nationally and internationally.

Feminism liberates both men and women from the roles and images that the society demands of them. These demands of the society are equally problematic for all genders. When it oppresses women, it also dehumanises men by asking them “not to cry”, “to be assertive and angry”, etc. These rigid constructions of masculinity and feminity lead to stigmatisation of people who have been resisting heteronormativity for ages; our LGBTQIA+ folks. 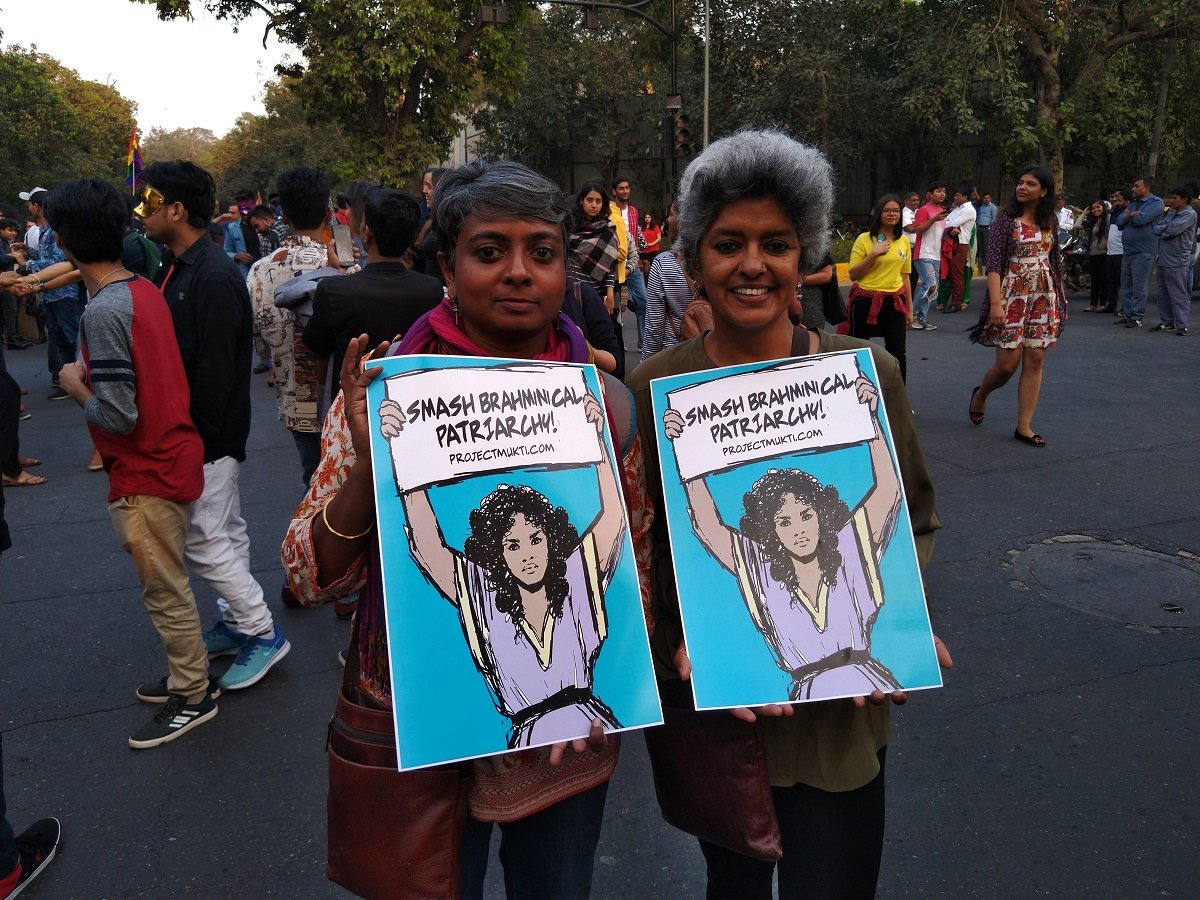 The society in which we live is deeply patriarchal and misogynistic, and it is the same society which uses various tactics to uphold, reinstate and reinforce the notions of patriarchy. Patriarchy as a structure rests on inequality where women are dominated by men. This domination largely, though not exclusively, oppresses women. Without this inequality, domination, and oppression, patriarchy as a structure will collapse. Hence, all that is needed is a recognition and acknowledgment of patriarchy and the courage to put an end to injustice, biases, and double standards.

But how is this change going to occur? Can this change be achieved by isolating men who are actually the stakeholders of patriarchy? Will only women participating in feminist movements lead to its abolition? If we look at these questions historically, the answer is a big no. Achieving this change is a very long process, a process which requires all the elements of society to cooperate wholeheartedly.

Feminist movements (though are known to have emerged from America in the 1990s) have played prominent roles in India too from the pre-colonial times to contemporary. These movements were spearheaded by anti-caste feminists like Dr. B.R. Ambedkar, Mahatma Jyotiba Phule, Savitribai Phule, Ramaswamy Periyar, Tarabai Shinde and many more. We thus see how men equally participated in the feminist struggle. These were the men who believed in feminism, who made attempts to shed off their privileges and help in the mobilization of feminist movements and of women’s opinions into the public.

Also read: UN Youth Envoy On How She Smashed Glass Ceilings Of Age And Gender With Her Resilience

However, one must understand that this came from men who were already marginalized by the society by virtue of their caste statuses. They did not come from absolutely privileged Brahmanical men who have always used women as national and cultural emblems for their “nationalistic” benefits. And it is this Brahmanical patriarchy which is actually anti-feminist, which doesn’t want to let go of its privileges.

As feminist activist Kamla Bhasin puts it, “Feminism challenges male superiority and domination in society, at work, and in the home, and since it questions male authority based not on ability, but on gender, it forces men to review their position. This is neither easy nor pleasant. Since feminism challenges the status quo and proposes a fundamental change in society in which men lose their present unfair advantages (while gaining others that they are not yet aware of) they fear such a change and therefore fear feminism.”

When men will also be allies to the feminist movement, when even they will practice feminism, the definition of women’s roles will change, and women’s competence and their capacity to assert themselves will improve, only then will such discrimination be abolished. With this hope, I continue to practice feminism and spread the feminist ideology among my male folks. Do you?