How Realistic Is Congress’ 2019 Election Manifesto?

By Abhishek Pandey in #YouthKiAwaaz2019, Politics 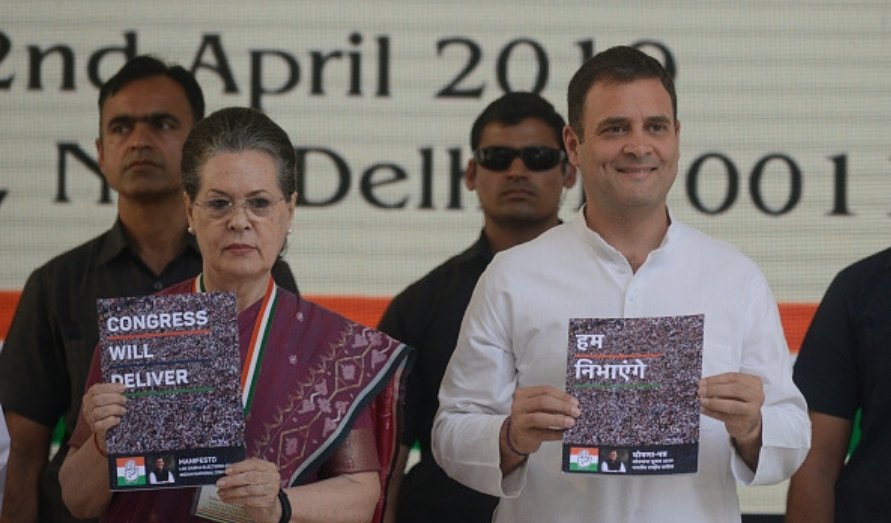 2019 Lok Sabha elections are approaching and in the meantime, the two big parties, i.e. BJP and Congress have released their respective manifestos. Here, the major focus would be on the Congress Manifesto which was released on 3rd April 2019 in the presence of Congress president Rahul Gandhi, Sonia Gandhi and former Prime Minister Manmohan Singh. Other major congressmen were also present during the event.

The most important aspect highlighted in the Congress’ manifesto is their flagship scheme named NYAY (Nyuntam Aay Yojana). Under this scheme, 5 crore families (below poverty line families) will be provided with a benefit of ₹72,000 per year.

Highlights Of The Congress Manifesto 2019

However, the manifesto seems to be appealing by targeting the major issues pertaining to poverty and employment. But there are several implementation hurdles especially in case of NYAY scheme. Giving 5 crore poor households  ₹72,000 per year means a total of ₹3,60,000 crore per year. This is a huge amount and a burden on the government revenue when already, there are schemes such as Ayushman Bharat which is incurring huge expenditures on the government’s treasure. Also, increasing the man-days under MNREGA scheme will be not so easy due to finances. Another important sector focused on the manifesto is employment. However, the figures provided are quite ambitious when compared with the proposed time frame.

Thus, to be neutral, the Congress Manifesto 2019 has targeted the right sectors and issues but the proposed promises do not seem to be realistic in terms of finances. However, it will depend on the election results which will be out on 23rd May – whether the manifesto has been successful in creating enough impact on the people of India or not.

Also read: An Assessment Of BJP And INC’s Poll Pitches For Infrastructure
You must be logged in to comment.

In Today’s India, Being Young And Political Goes Far Beyond Franchise

Did NOTA Make An Impact In The 2019 Lok Sabha Elections?