What Will It Take To Have Women’s Voices Heard In Today’s Politics?

By Sanika Parasnis in #YouthKiAwaaz2019, Politics

India, a country where goddesses are revered as almighty, wielding supreme power; women are considered unfit to even contest for political power. The voices and opinions of a mighty 49% of the population are reduced to a mere 11.8% in the Lok Sabha. Why is there such a huge disparity in the representation? The reluctance of male political leaders to share the political dais with their female counterparts is unnerving, to say the least. 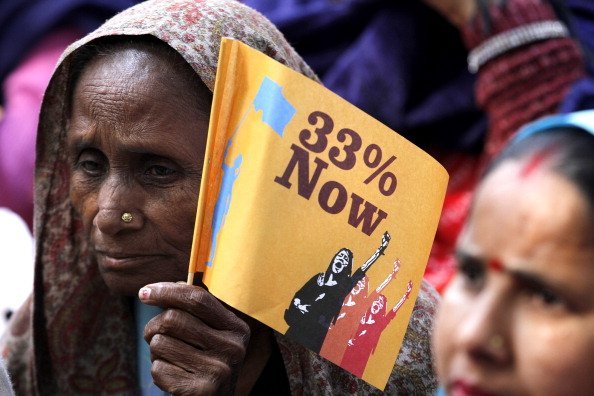 Amendments were made by previous governments to try and improve this situation upon immense public pressure, among these was the 108th amendment which proposed to reserve 33% of all seats in the Lower house of the parliament; Lok Sabha. This bill lapsed. In 1993, a constitutional amendment was passed in India that called for a random one-third of village council leader, or pradhan, positions in gram panchayat to be reserved for women. Apart from this, no major steps were taken by any government to improve this dire situation.

Gender quotas in panchayats did help more women to step into the political scenario without any political background, improved the perception of women as leaders in politics but like most changes in this country, this too has more or less proven to be a short term solution. The fact that the 108th amendment lapsed and three similar bills also lapsed in the late ’90s proves that the bill is just a mask, something for all political parties to bank upon for votes when elections are around the corner.

According to the book, ‘Performing Representation, Women Members in the Indian Parliament’, it will take 55 years, or 11 general elections each with a tenure of five years, to have one-third women representatives in the lower house of the Indian Parliament. To say that these statistics are alarming, would be an understatement. So it’s not surprising when we see that India ranks 149th in a list of 193 countries in terms of women’s representation in the Lok Sabha as of July 1, 2017. Countries like Rwanda, Burundi, Zimbabwe, Iraq, Somalia, Saudi Arabia, and Ghana rank higher than India

Also read: I Want The Upcoming Govt To Ensure India’s Growth Is Inclusive Of Its Women

So the question now is how and can we fix this problem? The process of improving the situation can be long and gruesome, but the first step needs to be taken now. Political parties need to start incorporating more and more women in their organizations. The initiative needs to be taken to ensure that women are given equal political opportunities as their male counterparts and encouraged to take roles of responsibility within the party. Women’s literacy regarding this issue needs to be enhanced by conducting sessions and camps, especially in urban cities as the political participation of women in rural areas is much higher than that in cities.

Lastly, the government needs to tackle this issue head-on. Arguments such as we have had a female president, prime minister, and heads of state, are invalid for the simple reason that their numbers have not even exceeded 25 in the last 72 years. If separate manifestos can be made for women, showing the same enthusiasm to support and pass the 108th amendment shouldn’t prove to be too hard.

This country has seen extremely capable and inspiring women leaders right from the freedom struggle. Great potential exists, the only question is who will provide the opportunities and when?