Earlier, in order to cast a negative ballot, a voter had to inform the presiding officer at the polling booth. Now, the voter has to just press the NOTA option on the EVM. The NOTA option was first used in the 2013 assembly elections held in four states — Chhattisgarh, Mizoram, Rajasthan and Madhya Pradesh and one union territory – Delhi. However, India became the 14th country in the world to introduce the option.

Was There A Similar Provision Before NOTA?

Earlier a provision under Section 49(O) was practised in the elections of India before NOTA. These were-

Also read: Victory Or Vacuum: What Does Increased Preference Of NOTA In Assembly Polls Tell Us?

What Happens If You Vote To NOTA?

For now, NOTA is just symbolic. NOTA votes are just counted as the voter’s dissatisfaction towards all the candidates who have been contesting in the election. Backing on the importance of NOTA, experts express that negative voting would gradually make the political parties field ‘clean’ candidates, out of fear of losing votes and bring a systematic change in polls.

Does The Law Allow Fresh Election If NOTA Gets The Majority Of Votes?

So far, there has been no provision for the re-election in a constituency if NOTA gets the highest votes. The law says that even if the number of electors opting for NOTA is more than the number of votes polled by any of the candidates, the candidate who secures the largest number of votes has to be declared elected. Therefore, NOTA does not have any real significance.

However, Maharashtra and Haryana state election commissions recently announced resolutions that re-election will be conducted if NOTA gets maximum votes in their local body elections.

There is a huge demand to change the legal provisions around NOTA. The current law is not the strongest. Talking about the NOTA law former election commissioner of India Mr Krishnamurthy said in an interview, “In my opinion, NOTA is very good; we should say if NOTA crosses certain percentage of votes; for example if the difference between the winner and the loser is less than the NOTA votes, you can say we should have second round of elections.” In short, he favours conducting re-election if NOTA gets a big amount of votes. Therefore, the NOTA law should amendment by reviewing all the possibilities.

What Do Indian Politicians Have To Say About NOTA ?

BJP’s veteran leader LK Advani justified the NOTA provision of the Indian elections. He wrote, “Voters, who without any legitimate justification, have not been exercising the valuable right of franchise the Indian Constitution has conferred on them have, unwittingly thus, been casting a negative vote against all the contesting candidates without intending to do so.” Again he added that that a negative vote would become really meaningful if it is accompanied also by the introduction of mandatory voting. 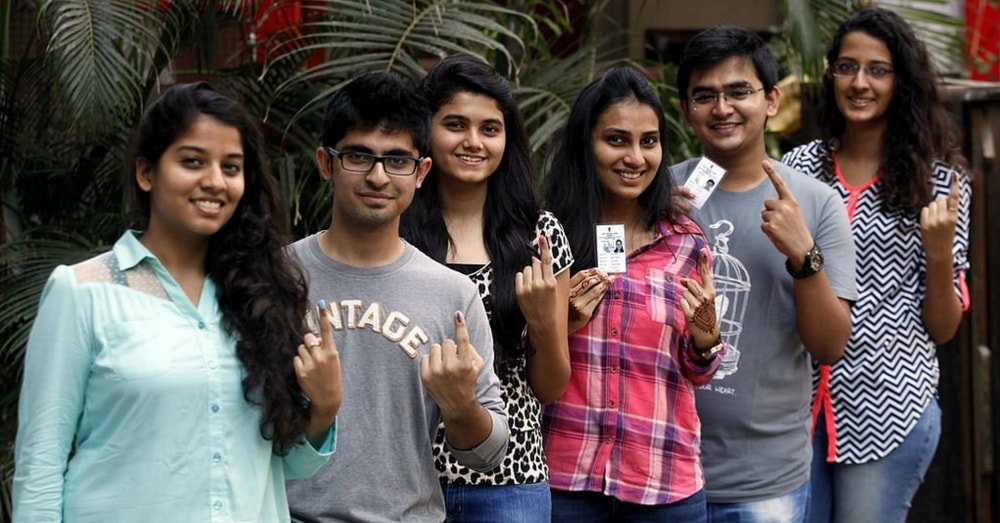 1. The NOTA votes should also be counted properly and put in the public domain on election result day.

3. In the new elections, with fresh candidates and a ‘NOTA’ option, only that candidate should be declared elected who gets at least 50 percent of the votes cast.

4. If even in the reelection, the ‘NOTA’ option gets the majority of votes cast or none of the candidate gets at least 50 percent + one of the votes cast, then the same process should be repeated.

What young Indians say about NOTA

Personally, I have talked and discussed with a few young voters regarding their opinions on NOTA and I have found that people have the mixed reactions on this voting provision –

Parag Jyoti Sarmah, a YKA user and former student of Sikkim University, believes that NOTA  is required for a democratic country like in  India, which protects our priority, where voters can choose NOTA over undeserving candidates.  It gives the freedom to protect our constitutional rights, rather than wasting the vote. Again he asserts, “I don’ t think NOTA is a waste of a vote because NOTA is something which we can use for to make our vote count and to give the indication that we are not happy with the existing candidates.”

A student of  B.Borooah College of Guwahati, Vikram Upadhyay, who is also a first-time voter in this upcoming general election, says that NOTA might be a waste of votes.“Being a first-time voter, I definitely lack the appropriate sense of choice as to whom will I put my bet upon this Lok Sabha Elections. However, in regard to this NOTA option, I might be having a subjective view since it completely depends upon individuals and their preference. NOTA, in my opinion, will be considered by such people who find the contesting candidates deficient of certain norms and principles to be one of their representatives. However, there are certain people having mindset of sticking to their morals and being loyal to whomever they have been supporting from a pretty long time.”

Another YKA user and student of journalism of Kristu Jayanti College of Bangalore, Nilutpal Timsina trickily responds, “NOTA in one sense is useful if a voter doesn’t have many choices to explore but suppose in a constituency if the majority is opting NOTA then there will be the provision of  re-election, causing the loss of state machinery, manpower and money. However, democratically it is needed. But I hold a neutral view on it.”

Debashish Sarmah, a student of Mizoram University, wants to strengthen the NOTA provision and says that it’s useless until the voters are aware of its power. He also says, “NOTA is a tool for applying in the situation when none of the candidates is capable for the portfolio. It’s not a waste of votes as because it is also counted, and the aware and awake citizen will surely mind about the factor behind it.”

A young teacher, Kiran Devi who graduated from Assam University, pitches for the NOTA by adding her remarks, “There should be option for negative vote for candidates. but as there is no such system, it is the only option if one think that none of the candidates are eligible. NOTA is useful only, when the voter’s can vote without influence.”

A young graduate from Darrang College of Tezpur, Assam, Tushar Luitel also suggests reformation of the NOTA system and says that if NOTA wins then there should be re-election with fresh candidates. Even though it is a tiresome process but we should implement it for the sake of democracy.

Sraban K. Upadhayay, a student of Rajiv Gandhi University of Arunachal Pradesh has counted three basic importance of NOTA in election. These are –  (a) We have an opportunity to not support the candidates who are not capable of representing our problems; (b) Voter’s self-satisfaction of not voting;  (c) It is doing something which we are with our nation, and at least not supporting the unsuited people who represent our area.

Pankaj Dahal, a law student from Tezpur Law College, is of the opinion that, “We need to think before we go for NOTA. If I am confused to whom I should vote, in this situation I can choose the candidate through looking into the candidates’ profile or vote for the one whom I think is the right candidate in comparison to others. For the electoral purpose, vote to any candidate is needed, choosing NOTA is not the option to vote which I personally believe.”

According to me, NOTA can only work only when it is applied with another rule – the right to recall option where voters can recall candidates in the middle of the term. This will instill fear in candidates to do well in office and also lead to giving NOTA importance because it acts as a pre-cursor to public displeasure. Currently, Right To Recall does not exist in the electoral process in the country, which only weakens NOTA. For now, NOTA is just practiced as voter’s dissatisfaction to vote any candidates or right of not to vote any one.