By Shirin Khan in Human Rights

23 families belonging to the Kewat community facing internal displacement received allotments and possession of land (0.009 hectare) for making their permanent house in Miranpur village in 2015, which is 3 kilometers away from their recent settlement. In 1975 they met and shared the problem with immediate Sub-Divisional Magistrate Baba Hardev. He settled them on the bank of Ghaghra river in Chintaura village, Tanda Block of Ambedkar Nagar district in Uttar Pradesh, but they did not find the legal papers or documents of land. In this context, many families migrated and settled in different places for their livelihood. Before that, these families were living on the Manjha bank of Ghaghara and they lost their houses, crops and vegetables in the field and other essential belonging every year due to floods. Hence, they are sent to different places during the rainy season. 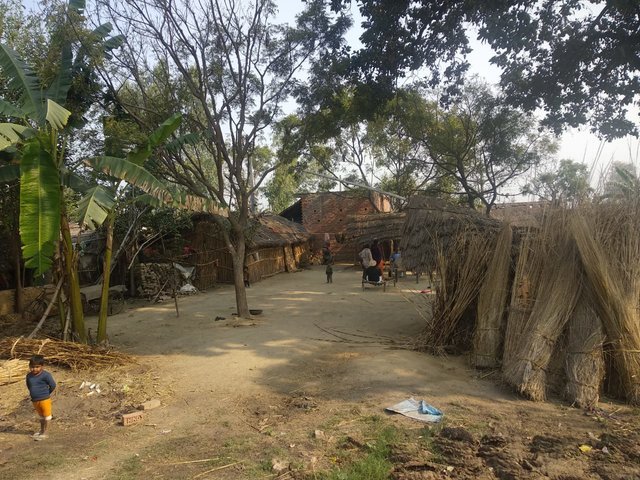 India is third among the countries most affected by displacement related to disasters, followed by China and the Philippines, according to the report of the Internal Displacement Monitoring Centre and the Norwegian Refugee Council. 67% or 2.4 million people in India face internal displacement mostly associated with monsoon season floods between mid-July and October. Bihar is at the top in the context of internal displacement as more than 1.6 million people are affected. The other states particularly affected by disasters in recent years include Assam, Bihar, Andhra Pradesh, Odisha, Eastern Uttar Pradesh, Gujarat, and Jammu and Kashmir. Displacement caused by disasters such as flash flooding is chronic and in many cases short-term, as hazards are recurrent and seasonal, with many states affected on a yearly basis.

Whereas ‘refugee‘ has an authoritative definition under the 1951 Refugee Convention, there is no universal legal definition of internally displaced persons (IDP); it’s only a regional treaty for African countries (see Kampala Convention). People who have been forced to flee their homes suddenly or unexpectedly in large numbers, as a result of armed conflict, internal strife, systematic violations of human rights or man-made disasters and who are within the territory of their own country are referred as IDPs. The internally displaced quickly become the poorest of the poor, subjected to abuse and exploitation and to high rates of malnutrition, disease and mortality well beyond those of the still settled population.

According to the United Nation Guiding Principles on Internal Displacement, the internally displaced persons are persons or groups of persons who have been forced or obliged to flee or leave their homes or places of habitual residence, in particular as a result of or in order to avoid the effects of armed conflict, situations of generalized violence, violations of human rights or natural or human-made disasters, and who have not crossed an internationally recognized State border. The Office of the United Nations High Commissioner for Refugees (UNHCR) was mandated by General Assembly Resolution 428 (V) of 14 December 1950 to “lead and coordinate international action for the worldwide protection of refugees and the resolution of refugee problems….” guided by the 1951 United Nations Convention Relating to the Status of Refugees and its 1967 Protocol.

The UNHCR has traditionally argued that it does not have a “general competence for IDPs” even though since 1972 it had relief and rehabilitation programs for those displaced within a country. However, in cases where there is a specific request by the UN Secretary General and with the consent of the State concerned, it has been willing to respond by assisting IDPs. In 2005 it was helping some 5.6 million IDPs (out of over 25 million), but only about 1.1 million in Africa. In 2005, the UNHCR signed an agreement with other humanitarian agencies. Under this agreement, UNHCR will assume the lead responsibility for protection, emergency shelter and camp management for internally displaced people.

Lenin Raghuvanshi, founder of PVCHR and an eminent human rights defender said, “Most internally displaced persons (IDPs) belong to marginalized communities due to disaster, torture and organized violence. Chintaura is a classical example of IDPs who faced a culture of silence due to fear and phobia of locust effect of torture and organized violence. Breaking the culture of silence and amplifying the voices of survivors in the corridors of policy makers are important for peoples’ advocacy and justice here.”

Ram Kripal said, “In the southern part of our ghetto, there was of Aftab. In 2007, he sold 1 biswa of land to Dheeraj, who is a part of Sub – Divisional Magistrate (SDM) and 1 ½ Biswa to LIC agent Ashok Prakash Gupta. They fenced the land and opened the door near my hut. After I opposed Dheeraj and Om Prakash, they started to abuse me. Dheeraj being orderly of the SDM called police to arrest me. The police came and detained me for a night and released me the next morning. My family members used to contact Shri Sankha Lal Manjhi, Member of Parliament and every time he helped my release from Jail. People living in front of my ghetto used to laugh at me whenever I was detained. The musclemen and orderly used to threaten me and pressurized me to vacate the land. But I did not give in, and I stood affirm for my rights.”

On 9th August, 2010 around 12 noon Dheeraj and Om Prakash along with 20 people came to his village and demolished the hut and buried all the essential household things under the mud. Due to non-allotment of land, the people of Chintaura settlement were not allowed to make their pucca houses or mud huts. They were living under a thatched roof. Sursatti from the village said, “We have to awake whole night during the rainy season and we are afraid when there is a thunderstorm. She also said lekhpal, Kanoongoh (Local revenue officials) used to come in our village and ask us to vacate the land as it is Government property. After saying this, he demolished a few huts.” 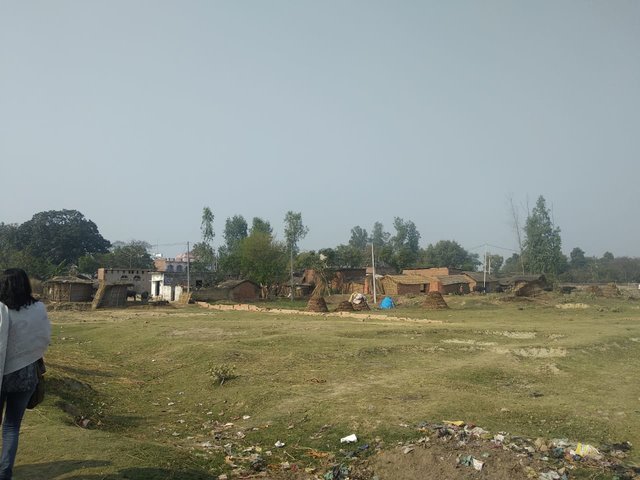 PVCHR provided multi-layered and multi-dimensional direct support and effective access to essential services to the survivors of Chintaura. In 2010, this village was selected for creating torture free model village with support of Rehabilitation and Research Center for Torture Victims, now known as DIGNITY: Danish Institute against Torture. These survivors were facing apathy from Government institutions and were lonely and isolated, completely hopeless and demoralized. They feel that their inherent dignity as human beings has been destroyed. In 2011, PVCHR sent a team of psycho-social therapists to provide psycho-social support to them through testimonial therapy. PVCHR worked with the traumatized victims of torture to present pragmatic means to use victims’ narratives to build rights based consciousness and resistance.

Testimonial Therapy is therapeutic process that helps the victims to do catharsis, vent out feelings of anger, frustration, helplessness and recoup. After disclosing their pains and miseries in front of the psycho-social therapist, survivors feel unburdened. They regain courage, self esteem, dignity and hope to bring normalcy in life. Under psycho-social support, honor ceremony was a turning point for them through social integration of the survivor. It also creates the democratic structure for the voiceless to enable them to access the constitutional guarantees of modern India. During community meeting and focus group discussion, the people of Chintaura informed that they are deprived from all government schemes and services such as Antodaya Anna Yojana Card, work under MNREGA, hospital and education etc.

The broad psychological effects of these testimonies develop the seedbed of future collective reconciliation. Just as collective punishment acts to silence marginal communities, collective retelling works to unbuckle the dominant discourse of past atrocities and unfetter a long marginalized and overlooked community voice. The stories of the marginalized help them build allies, self confidence, and lead community-wide change. These families became barefoot workers and started participating in the meetings, ceremonies and protests organized by organizations in Ambedkar Nagar and other parts in Uttar Pradesh for sharing their narratives and stories of struggle.

The solidarity among the survivors proved their unity- cutting across boundaries of caste, gender and religion. It protected survivors from their perpetrators. This solidarity among Dalits boosted their confidence. The people of Chintaura provided support to other survivors as well. On 2nd October 2015, they celebrated the birth anniversary of Mahatma Gandhi by organizing a foot march and communion banquet. People from the both communities of Hindus and Muslims participated in the foot march. On the basis of the testimonies, urgent appeal was issued and intervention was done with various concerned authorities.  The National Human Rights Commission took cognizance in all the petition filed based on their narratives.

The case (28800/24/24/2011) was selected to be heard in the open hearing at Allahabad on 28th January, 2015 in the coram of Shri S.C Sinha, Member of the National Human Rights Commission (NHRC), New Delhi.  The Commission takes a very serious view and directs its Registry to issue summons to the concerned authority u/s 13 of the Protection of Human rights act 1993 to appear before the Commission on 29th December, 2018 along with requisite report in the matter. Should however the requisite report be received by the Commission on or before 19th December, 2018, the personal presence of the concerned authorities shall stand dispensed with. Now the health service providers such as Anganwadi workers, ASHA and ANM are coming in their ghettos to provide health facilities to the pregnant mothers, adolescence girls and children. The people are receiving food grains from Government PDS shops and they have identity cards i.e. Aadhaar card with the address of Chintaura settlement. Now as the next phase, the PVCHR is going to advocate for providing land to the remaining families and livelihood opportunities to the Kewat families.