Why Are Women Still Grossly Underrepresented In Indian Politics?

By Shubhangi Sharma in #YouthKiAwaaz2019, Politics

Elections are the biggest political carnival celebrated by most democracies all over the world. India, the largest democracy in the world, awaits the arrival of general elections in May this year. Elections play a vital role in fulfilling the desires and aspirations of many people in India. Most Indians feel that their votes would make a difference in the system of this country. But, what about women? The situation of women in this country and the unfulfilled poll promises of politicians election after election only point to the fact that this nation and its leaders have not lived up to the mark when it comes to women.

India has been a patriarchy since time immemorial. Male domination is paramount in our society. The Indian political system reflects the same where men largely dominate the political scenario.

The Women Reservation Bill still rots at the table of Lok Sabha since 2008. The bill introduced by the UPA government allows 33% reservation of seats for women in Lok Sabha. Though there are many women who occupy positions of power in politics like Uma Bharti, Mayawati, Mamta Banerjee etc., but the number is still awfully low. 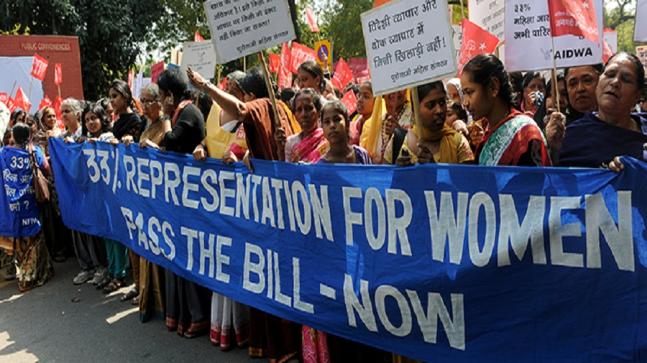 A part of this problem stems from the adverse sex ratio among electors. Women are more likely to contest elections in states like UP and Bihar, but since the sex ratio is skewed against them, they only emerge as an electoral minority compared to men. This implies that average Indian voter is a male and women are less likely to win elections in such areas. Women only satiate themselves by casting votes.

Political parties often fail to nurture women leaders, which is quite evident from the composition of their party itself. During the 16th Lok Sabha elections, the largest party BJP gave only 38 out of 428 tickets to women candidates. While the Congress gave 60 tickets. Similarly, other national parties like Bahujan Samaj Party fielded 21 women and Communist Party of India fielded 6.

Equal participation of women and men is not only a prerequisite for justice and democracy, but is also an inevitable condition for harmonious human existence. That is something everyone should pay heed to and understand why women have been fighting this for years.

Also read: Why Does The Parliament Feel So Threatened By The Women’s Reservation Bill?

In India “Beti Bachao Beti Padhao” is the most ironical yet empowering slogan. Young girls with lofty career dreams are staring at an uncertain future. According to UNICEF, the proportion of girls who attend school in India still remains low in comparison to boys of same age, only 70% girls attend primary school, as opposed to 76% in boys. The situation is lot worse at upper primary, where only 40% girls attend school. There are many factors behind this disparity- poverty, social and cultural beliefs that discriminate against girls, large scale distances from schools, lack of toilet and most importantly lack of safety! 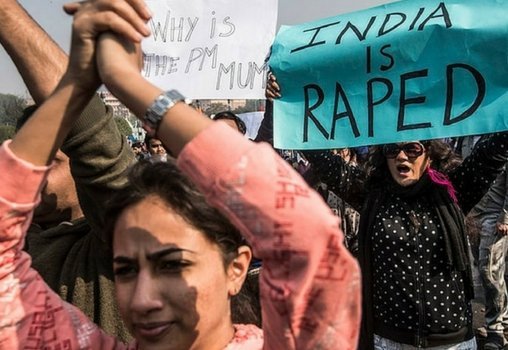 The threat of violence against women is real and, it is not surprising that there are many contributing factors to this issue. After the dreadful gang rape of 2012 in Delhi, large scale protest forced the government to pass the stringent Criminal Law (Amendment) Bill in 2013. However, the problem did not end here. India still ranks low in regards to protecting against women violence. India is the most dangerous country for women according to Thomas Reuters Foundation Survey, 2018. And in 2018, history repeated itself through the infamous Kathua gangrape.

Apart from punishing the guilty, what women require is a safe environment. Women must feel safe inside their homes and in stepping out of their homes as well and punishing the guilty will not solve this problem completely. Women would still be unsafe to venture freely. Isn’t it? The women protecting the laws do nothing in order to ensure the safety of women, they only promise a redressal to the grievances of women in future.

The Akshay Kumar hits ‘Padman’ and ‘Toilet, ek prem katha’ revealed another obstacle for women in this country: sanitation. In the past 5 years, India has seen an array of movements aiming to educate women about menstrual hygiene and sanitation. From not touching the pickle, to not stepping into the temples, India has menstrual taboos and beliefs which have crippled its women with chronic diseases. About 82% of women in India still don’t know what a sanitary napkin looks like.

Lack of toilets in rural areas puts health and safety of women at risk. Women have gotten used to holding their bladders and bowels, being stalked by wild boars and hyenas, watching out for snake in rainy season.

Women have always been oppressed in India – politically, economically and socially. While women are gradually fighting their battles, their desires and aspirations could use a little boost from the upcoming elections!

Also read: I Want The Upcoming Govt To Ensure India’s Growth Is Inclusive Of Its Women