2019 Lok Sabha Verdict: An Eye-Opener For Many ‘Ostrich-Heads’

The 2019 Lok Sabha election verdict made Narendra Modi the first non-Congress full majority Prime Minister to get re-elected with a stronger majority, 48 years after incumbent Indira Gandhi pulled this off in 1971. With gains in new areas, the BJP vote-share nationally has risen from 31% to approximately 37.5%. Of the 60.37 crore votes polled in this election, more than 22.6 crore people voted for the BJP — a massive increase from the 17.1 crore votes it got in 2014 LS polls. The strategy of converting 2019 elections into a presidential-style election was successful and people gave a thumping referendum on brand Modi.

BJP Made In-Roads In Unexpected Areas

“Nationalism” as an election issue struck a chord with the voters and became a major factor in Prime Minister Narendra Modi’s return to power at the Centre. It helped the Bharatiya Janata Party (BJP) bounce back from the loss of power to Congress in Madhya Pradesh, Rajasthan and Chhattisgarh in December 2018. The BJP won 62 seats out of 65 in the three heartland states, where it lost assembly polls just five months ago.

The BJP was able to successfully build a narrative around nationalism, leaving little space for opposition, which had shown signs of revival on the back of issues like agrarian distress, economy, unemployment and farm loan waivers.

The Balakot airstrike proved to be a turning point in shifting the focus to nationalism and national security from issues like farmer distress and lack of jobs. The party stressed that all these tough measures were possible because India was in “secure and strong hands”. The BJP highlighted the opposition’s loopholes and asked voters not to give vote for a “Khichdi Sarkaar”. The entire narrative of “Mazboot” vs. “Mazboor” sarkaar was created by BJP, to take a dig at the “Mahagathbandhan”.

Also read: Balakot Was Not A Win For India, It Was A Catalyst For The Slow Death Of Democracy

Modi was successful in conveying to people that he was able to do things which his predecessors could not, because he was an “ordinary man” with “raw wisdom”. Critics continued to raise questions, but common people never doubted Modi’s intentions. He succeeded in convincing people that welfare schemes announced by his government impacted crores of lives, the Jan Dhan Yojana – financially empowered people; Ujjwala Scheme for LPG Connections – provided a clean cooking medium to the poor; the Pradhan Mantri Aawas Yojana – made affordable housing possible; Building of Toilets – improved the hygiene, health and living conditions; Ayushman Bharat – ensured quality healthcare; and PM-KISAN – addressed needs of small and marginalized farmers.

A Stinging Defeat For Rahul Gandhi In Amethi

Rahul Gandhi’s defeat in the family bastion of Amethi will be echoed for years to come and will not be forgiven easily. Amethi had been won by the Congress 11 times in 13 elections since 1967, including nine times by a member of the Gandhi family and was a seat of prestige for Congress. 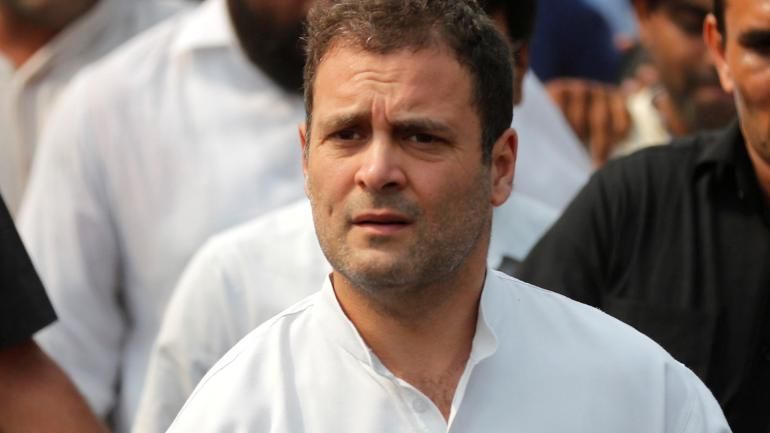 A very weak organisational structure, a dull, directionless campaign, and failure to communicate its poll promises in manifesto sank the Congress’ ship. Congress failed to provide a constructive narrative and alternative to the people of the nation. No one from the opposition ranks emerged as a challenger to Modi.

In Karnataka, the BJP decimated the ruling alliance, a year after the JD(S) and the Congress came together to form the government. The Congress party will now have to strive hard to save its governments in Madhya Pradesh and Karnataka where a thin margin has kept the BJP waiting away from power.

Another big fallout was the failure of the Congress to communicate its ambitious NYAY (Nyuntam Aay Yojana), minimum income guarantee scheme, which promised 72,000/- a year to the country’s 20% poorest families. Gandhi’s campaign – focusing too much on alleged irregularities in the Rafale deal, his “Chowkidar Chor Hai” slogan directed at PM, failed to resonate with the voters.

Also read: Explained: How And Why Narendra Modi Secured A Second Term In Secular India

The Congress allowed the BJP to own that narrative entirely, and let it get away with the claim that among all parties, it alone was a truly nationalist party. BJP defined the nationalism for all these parties and they fall in the trap. By mentioning sensitive issues like AFSPA and the scrapping of the sedition law in their manifesto after Balakot air strike, the Congress actually dug its own grave— in hindsight, a really bad optics in a campaign driven by ‘national security’ just aftermath of the ghastly Pulwama terror attack. Baring CM of Punjab, Capt. Amrinder Singh, everyone else in opposition mishandled Pulwama episode.

Odisha 2019 Outcome Will Be Remembered Forever

The 2019 Odisha outcome will be remembered as an example of centre and state voters electing differently in elections at the same time. Voters of Odisha displayed a remarkable degree of political acumen and intelligence. They voted differently in Lok Sabha elections and the state assembly polls at the same time. Voters suggested that while Patnaik was required in the state, Narendra Modi was the option for Delhi. The Biju Janata Dal (BJD) swept the assembly elections, winning over 2/3rd of the seats. But in the Lok Sabha, many people opted for the BJP.

More evidence of this emerged from the outcome in states that went to polls last year – Madhya Pradesh, Rajasthan and Chhattisgarh.

Hence, the voters displayed the clear cut distinction between the national election and states elections. All these instances suggest that voters are clear about what an election for the Centre and what for the state means.

Also read: Modi Replaced The Idea Of Roti, Kapda Aur Makaan With Suraksha Aur Pehchan And The Rest Is History

BJP Had A Story To Tell; An Image To Project

A pushback against elitism and entitlement was a strategy used by BJP in their 2014 campaign when Modi presented himself as the “self-made” man, “the Chaiwala” in contrast to the silver-spooned royal heir of the Gandhi family. The perception of the prime minister as a political outsider to the capital’s ‘Khan Market’ elite continued to be used as a theme by the BJP in its election campaign.

Opposition’s entire focus on ‘Modi-Hatao’ rather being more on people centric issues and agendas, backfired. Opposition lacked a coherent message and an impactful “messenger” and was only riding on “anti-Modism” and “cast-coalition” without providing any constructive narrative and a positive hope to the nation.