Why Did Elections 2019 Become All About Modi And Rahul?

By Shimon Chadha in #YouthKiAwaaz2019, Politics

It’s May 23, 2019. Media houses have not stopped functioning since the past four days. Journalists are sitting with their fingers on the keyboards, ready to strike at any moment, and eyes have just been glued to the television screen, looking at the numbers scrolling up and down with every changing minute. Thousands of candidates are at their respective party headquarters, getting different information from multiple sources. So many have chewed off their nails, and have not been able to swallow a morsel of food since the past few hours.

The billion people in the country are watching multiple news channels at the same time, checking the internet, and placing bets. 543 seats. 272 required. If not, the  whole mess of forming a coalition, and who forms it first, depending on their past relationships with each other, past and present performance in the state as well as national polls, with the strengths of particular ministers to be accounted for, the decision of who will be a member of the Cabinet, who will get which ministry, and, most importantly, who gets to become the Prime Minister.

Let us paint a picture here. Let us assume, that the Indian National Congress, which currently holds mere 44 seats in the Lower House, and 20% of the seats in the Upper House, secures more seats than the ruling Bharatiya Janata Party. It was a close fight, but the Congress, which was considered the strongest party in India before 2014, has bounced back from its rock-bottom, and has managed to defeat the allegedly invincible BJP. The picture cannot be too unrealistic, and so let us assume that the Congress did not win a clear majority, but the United Progressive Alliance did, with contributions from regional parties such as the United Democratic Front in Kerala and the Nationalist Congress Party in Maharashtra.

What happens then? In such a situation, when the Congress has emerged as a leading party, but has not secured a clear majority, who gets to lead the country? Let us go down the memory lane, five years back. Chief Minister of Gujarat, Narendra Modi, lauded for transforming the state into a highly-developed state, with only one blemish on his career- accused of instigating the Godhra 2002 riots, suddenly emerged in the national scenario, and was portrayed as the Prime Ministerial candidate for the saffron party, which then held 112 seats in the Lok Sabha, less than 50% of the requisite number to form a government. Modi campaigned in every nook and corner of the country, won the hearts of the people with his distinct style of speaking, catchy memorable slogans, and his biggest asset- his ability to capture the crowd and engage them with his oratory skills, and managed to do what the BJP had been unable to do for decades- win a clear majority.

Jumping back to 2019- (Assuming) the Congress has won less than 270 seats, and has other parties pitching in to form the government. Who is the Prime Minister? We cannot possibly foresee the Cabinet Ministers, but the question of who will become the Prime Minister is one worth debating on, and one which could have influenced lakhs of voters.

Let us keep Rahul Gandhi aside for a while and look at other probable candidates. From among the Congress, another strong contender seems to be Jyotiraditya Scindia, who has been contesting from the Guna constituency in Madhya Pradesh since 17 years now. Scindia is a very close aide of Gandhi, and hence, the Gandhi family will not completely lose their dynastic power. Moreover, the former Union Minister of Power has not been alleged of any scams or criminal cases so far, unlike many other candidates of not just the Congress, but political parties across the country. 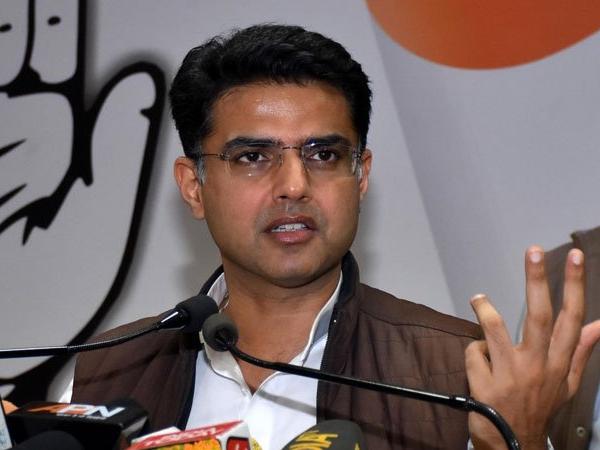 Another proposed candidate could be Sachin Pilot, incumbent Deputy Chief Minister of Rajasthan. Though Pilot is not contesting from any seat these elections, he is a member of the Rajya Sabha, and is eligible to be appointed for the position. Pilot was the proposed CM for Rajasthan in the 2018 elections, especially after the amount of work and campaigning the former Union Minister of Corporate Affairs had done.

If not from the Congress, the grand old party leaders could choose someone from their alliance partners. However, the probability of that seems extremely low, primarily because of one reason- the Congress would have won after an embarrassing debacle, and would love nothing more than to be in power, and hold all the reins.

However, let us consider all the possible scenarios. Many people would recommend Nationalist Congress Party supremo, Sharad Pawar, considering his vast experience at the central level, and the fact that he was an integral member of the Congress itself, before separating and forming his own party. The only problem is, that recently, Pawar himself denied any chances of this happening, as his party is contesting on only 22 seats, which amounts to less than 5% of the total seats in the House of People. Despite this, nothing can be ruled out.

Another potential leader from outside Congress could be Chandrababu Naidu, incumbent Chief Minister of Andhra Pradesh and President of the Telugu Desam Party, known for his revolutionary work in the state since its division. Though Naidu does not have any string of successful elections to his credit, nor any experience at the central level, like Modi, he has worked very hard for the state, and is an exceptional orator.

Less favourable, but equally probable leaders, could be Mayawati of the Bahujan Samaj Party, Akhilesh Yadav of the Samajwadi Party, and Mamata Banerjee of the Trinamool Congress. These leaders are not known for having comfortable, cosy relations with any leaders or parties outside their own, and their upliftment to the highest democratic leadership role in the country might be widely protested against. Coming back to the most probable, and debatable leader, Rahul Gandhi. With a history of extremely powerful leaders in his family to match up to, Gandhi has not yet proven his complete mettle. Though his speeches have definitely improved over time, they are nowhere close to the discourses that BJP leaders are capable of addressing.

His speeches have been full of promises, and have traces of hope and development, but can the country rely on them? Are promises, without any guarantee of being fulfilled, enough to lure one billion people? Do we go back to the UPA government, which ruled us for decades, and whom we so unceremoniously threw out in 2014, complaining of corruption and scandals?

Also read: Why Rahul Gandhi, Despite His Candidness, Fails To Impress Me In His Interviews

Or, do we trust the five years the BJP gave us? Do we have full faith in the saffron party, with its subtle (sometimes) support of one religious monument over another, and introduction of sudden economic reforms? Do we turn a blind eye to these blasphemous sins, and choose to focus on the lack of corruption scandals, and the improvement in foreign and diplomatic relations?

It is a huge dilemma, but think about it wisely. Give some thought to it. The exit polls are not entirely reliable, especially if we consider the 2004 and 2009 elections. There is nothing to be done now, but there was a lot to be done in the past few weeks. I can only hope that you will be shouting in joy and looking forward to the next five years, or you will be sitting curled up in front of the television, knowing that you did nothing, even when you could have, to get this result.