“Except Poplars, Nothing Is Straight In Kashmir”

Book Excerpt: Kashmir As I See It From Within And Afar: By Ashok Dhar

There is a phrase in Kashmiri—waguv tsatun. Literally, waguv means a ‘low-grade carpet’ and tsatun means ‘cutting’. It best describes the sinister moves by detractors to pull down anyone whose career is on an ascendance, a trait seen at all levels. What is surprising is that waguv tsatun is so common in most families, bureaucracies and politics, it is all-pervading. 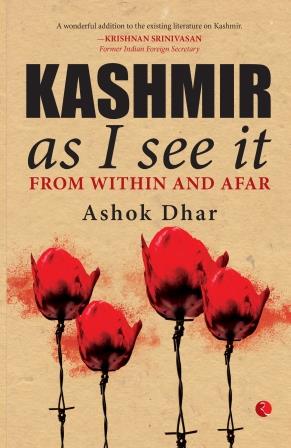 People believe it has become difficult to take Kashmiris at face value. This has complicated finding ways to resolve our problems. ‘Except poplars, nothing is straight in Kashmir’ is a quote often used to describe us. It was no wonder to hear that General K.V. Krishna Rao, who was the governor of J&K in 1993, while briefing the cabinet led by the Prime Minister P.V. Narasimha Rao asked if there was a Kashmiri sitting in the conference room during the confidential security briefing. He commented that Kashmiris were the most untrustworthy characters he had seen in his life. Little did he know that there was a Kashmiri sitting in the room!

On 21 July 2015, speaking at the release of the book Kashmir: The Vajpayee Years written by A.S. Dulat, Dr Farooq Abdullah mentioned, “As I have always said, don’t mistrust us, don’t push us to the wall, we will die as Indians. I have always said that and I will continue to say that till I go to the grave and face my God.” Some months later, in an interview with The Hindu on 12 November 2015, he was candid. “I did a lot and I did it to the best of my ability, but Delhi did not agree with me. The trust factor was missing right from my father’s time.” They did not trust his father either.

And if one goes by what Farooq Abdullah seems to have confided in A.S. Dulat, Sheikh Abdullah was right in his assessment that his son may have to struggle to navigate his political career. “I am not like father. I am not going to follow my father’s politics. I do not intend to spend twenty-three years in jail. I have figured out that to remain in power here, you have to be on the right side of Delhi and that’s what I am going to do,” Farooq Abdullah told A.S. Dulat.

Is politics so simple and straightforward for Kashmir? I wonder.

Lad Ded reminds us of the benefits of standing united:

[With five, tens and elevens what shall I do?

All have thrust their hands into the pot;

Oh would all unite and pull the rope,

The cow belonging to eleven would have not gone astray.]’

After Akbar established the rule of Mughals in Kashmir, access to market opportunities in India and Central Asia provided a fillip to economic growth.

The Damaras were the most important class in the ancient history of Kashmir. They were a class of feudal lords who controlled villages and could raise contingents of soldiers when the need arose. They established their stronghold in various parts of Kashmir with several kings at their mercy. Thus, their political power is not hard to guess. Like the barons of medieval England, they often defied the king’s orders, and in times of unrest, royal authority could only be asserted using force.

Today’s political families of Kashmir appear to be the new Damaras, powerful feudal landlords of the ancient and medieval era. Kashmir has always been at the mercy of chieftains who emerged from time to time to exploit the toiling masses. The tragedy of Kashmir and Kashmiris lies in the fact that history has repeated itself only too often, while the masses have remained ignorant of the machinations of the Damaras. The genetic pool from which the Pandits, Muslims, Buddhists and Sikhs of Kashmir hail is common, and so are their traits.

Also read: The People Of Kashmir And Their Right To Self-Determination

It is well established that the history of Kashmir is over 5,000 years old. Hence, looking at what has happened over the past fifty or sixty years may be equivalent to missing the wood for the trees. Kashmir was the centre of military, political and spiritual excellence and, historically, a linking hub for Central Asia, Tibet and the northern plains of India.

The poet Amir Khusrau who wrote about Kashmir did not comprehend or imagine that the paradise would be the envy of many countries later. It is for us to regain our paradise. And to help do that, we need to look within our own hearts and minds to find reasons why we are caught in such a vicious cycle as a society, century after century. Perhaps introspection will help us realize what ‘being Kashmiri’ means.’