‘I Prefer Equality Over Feminism’

By Nupur Marwah in Cake, Feminism, Sexism And Patriarchy

I belong to a culture where women are worshipped in temples, and it’s the same culture that doesn’t let menstruating women enter those temples.

I’ve grown up having so many questions about the society we live in, questions that I’ve always wanted to ask, but it’s the same society that has repeatedly told me that good girls don’t talk too much.

I come from a household where I’ve always been pushed to achieve the maximum of my potential but it’s the same household that has told me that there’s a “proper” way in which girls should sit and speak.

I’ve always wondered why we have so many rules, regulations, codes of conduct, and stenciled patterns of behavior.

I used to face a moral conundrum in school when I studied about the concept of equality and my teachers told me that all of us were equal but at the same time said “Can a boy help me shift this desk”, “I think boys should head the finance department”, “How many girls will volunteer for making Rangoli?”

There were questions about these “ascribed” gender roles I always wanted to ask, but my mother told me that the society was a “given” and we couldn’t change it.

I was told to learn how to cook and to keep my room clean, not because it’s a good habit and it makes me more independent, but because “girls should know how to do it.”

I stopped crying in front of people because for each time I heard someone tell their sons to “stop crying like a girl” I felt it made me look weak and vulnerable.

“I prefer equality over feminism,” said my male sociology professor while delivering a lecture on feminism and it made me wonder if this was how I wanted to study about the battle that people of my gender have been fighting for so long. 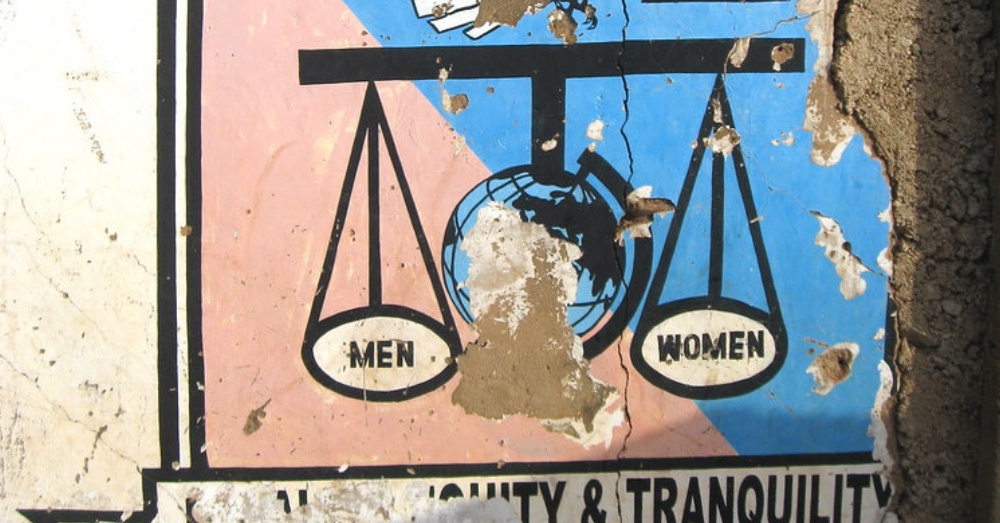 Feminism, in its essence is not linear, it’s not just an ideology or a concept, but a way of life and a culmination of years of suppression and subordination. It’s about providing agency to women and seeing them as complete individuals rather than burdens or subordinates. However, the problem with feminist discourse is also multilayered. While there are people who are misinformed (due to lack of knowledge and exposure to a medium of interaction with the feminist ideology due to the absolutely rigid patriarchal boundaries that surround them) there are others who think that feminism, as a ‘western concept’, is an attack on their traditional modes of life. It goes back to the time when women were not allowed to educate themselves because they would’ve realized the injustices perpetrated onto them, they would’ve risen in revolt. It just goes to show how power imbalances work in a barter system and how patriarchy and its stakeholders gets threatened the second women ask for their rights.

Equality, too, needs to be measured not by how a father treats both his son and daughter, but how a husband treats his wife as well. Equality, too, needs to be reflected by the division of labor that exists in a household by not how much and how well a woman performs outside of her home, but by how much and how well a man is willing to participate in household duties.

The problem with this is that women have internalized the inferior status forced on them to such a great extent that they feel that it’s a great act of benevolence by their male counterparts to give them a minimal amount of autonomy while also thinking that the perpetual compromises and sacrifices they make by not prioritizing them is actually a matter of pride.

Also read: ‘Feminism Is Nothing But Retaliation’ And Other Such Misgivings

As much as feminism strives for gender equality, it also struggles to ameliorate the position that women hold in society. It also strives to destroy the patriarchal notions that subjugate women by giving them the agency to explore their potential and ways of empowerment.

Instead of teaching your daughters to cover up, to be “strong like a man”, to struggle, to settle for less or adjust, teach your sons to be everything at once, like a woman does, and to respect and appreciate what women do.

Teach your sons to clean their rooms, to wash utensils, to cook, to express their emotions and to not see females as being inferior to them.

Unlearning patriarchy is not rocket science, it will take time but it will happen.