Why Does Manual Scavenging Still Exist In spite Of The Swachh Bharat Mission? 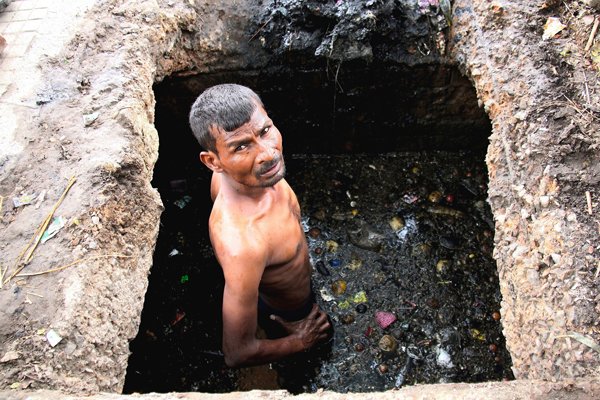 I am writing this article moments after watching ‘Kakkoos’, a documentary about manual scavengers in India. I urge you to watch it, even if you don’t have the stomach for it. If you’re looking for facts and statistics about manual scavenging then you’re reading the wrong article, that kind of information is best covered by someone other than me.

To say that I am horrified by what I saw in this documentary would be stupid, dishonest and deceitful, because I was already aware of the reality of the situation. I knew about manual scavenging as a practice – most of us have some level of awareness about it, don’t we?

And Kakkoos, as a documentary, does not say anything more than we already know, yet it is a thought-provoking film to watch. Here are some issues the documentary highlights; issues many of us know about, but don’t really pay much attention to.

So much for the ‘Swach Bharat‘ (clean India) movement by our honourable Prime Minister, Narendra Modi. But again, didn’t manual scavengers exist during the UPA rule as well?

When Will We Learn To Value The Lives And Dignity Of Manual Scavengers?

Ambedkar Jayanti Special Book Excerpt: ‘One Of The Geniuses Of Modern India’ On Hinduism