Rape Culture Or Online Trolling: Why Should We Live With Either?

By Zeba Zoariah Ahsan in Society

We come across the word ‘culture’ in the Indian family value system very often. In fact, it forms a part of our everyday life. As a matter of interest when I read about culture and society for the first time three years ago, the simple definition of culture meant a ‘way of life’. The definition was simple and very easy to understand. ‘Culture’ comes with many layers be it in terms of food, language, clothing, ethnicity or religion. It is cross cutting. There are events which promote ‘culture’. As a school girl, I happened to come across the ‘Indo-Japan cultural exchange program’. I was unable to participate in it due to the cut-throat competition and every year some 72 students were sent from India to the land of Nippon!

Later around 2007, I got the chance to represent my school for a national level quiz competition at DPS Vasant Kunj New Delhi, where I met Russian girls my age as part of the ‘cultural exchange’ program. Why is there so much of emphasis on cultural exchange? So that we can empathize with one another, may be learn a language if lucky. In short, we make ourselves more aware and more learned in this era of consumerism and globalization. So, why did I use the word ‘culture’ so many times?

In the past few days, a video has gone viral wherein a woman has become famous – for all the wrong reasons. First of all, kudos to all the girls who came out and called this woman out. I could only empathise and feel how obnoxious it would have been. Believe me, when one is at the receiving end of such statements, it is very natural to feel traumatized. Secondly, I have chosen to use this platform to pour out my feelings on this trend of defiling of women by other women and men who are upholders of everyday sexism, misogyny and patriarchy.

Patriarchy, as I see it, is a disease! 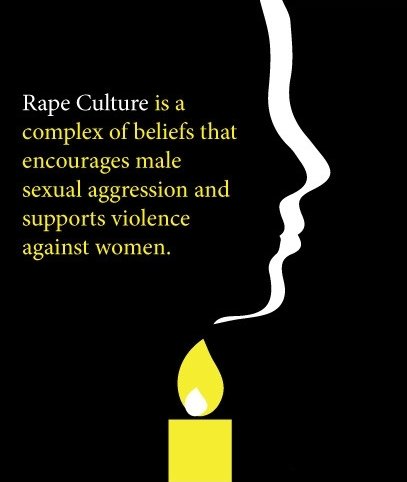 I came across many news pieces, opinions on the digital space which came out right after this incident. Most of them were titled in terms of how ‘rape culture’ gets promoted and it is a deeply disturbing trend. The opening paragraph of my article highlights ‘culture’. The two words—rape and culture don’t go together nor should it go or be promoted. Refer to the first few lines on why rape and culture shouldn’t be placed alongside each other. Should we be really okay with it ‘as a way of life’? The very thought of it is abhorrent.

Unfortunately, just a few days back the former CJI said that, “marital rape shouldn’t be registered as an offence in India because it will create absolute anarchy in families and our country is sustaining itself because of the family platform which upholds family values.” Now the question of ‘culture’ is thrown back at us. Do we really want to see people in such high positions of power talking this way? As this surely wasn’t a slip of tongue!

According to the girls, the woman in the video had allegedly said that the ‘girls deserved to be raped’. As disturbing as the statement is, equally disturbing is this trend of shaming people for their choices and the baggage of moral policing. Rewind to some two years earlier, I was at a student corner in Karol Bagh, where a friend told me about an acquaintance who had to go to the police to report a guy who had been stalking her for quite some time, and had had the audacity to walk up to her and say right on her face, “I want to rape you”! I was baffled and it left a deep impact on me and many others who were a witness to that incident. It creates a ‘culture of fear’ which in turn perpetuates a ‘culture of silence’. And nobody wants to live in fear – because it stops us from voicing our opinions and choices.

On the other hand, it was equally disheartening to see the troll army spamming the Facebook wall of that woman’s husband, with what can only be described as disgusting comments. This is a new kind of ‘culture’ that we have been promoting and it needs to be handled well. Undoubtedly, the woman’s behaviour was unwarranted, but to be fair, her husband possibly didn’t deserve to be at the receiving end of such hatred! The idea should not be to demonise anyone, but to collectively make the accused realise that such behaviour is unacceptable! To conclude, nobody deserves to be raped and this spectrum of ‘nobody’ includes everyone, irrespective of their gender or sexual orientation.