By Priyanka Deo in #YouthKiAwaaz2019, Politics 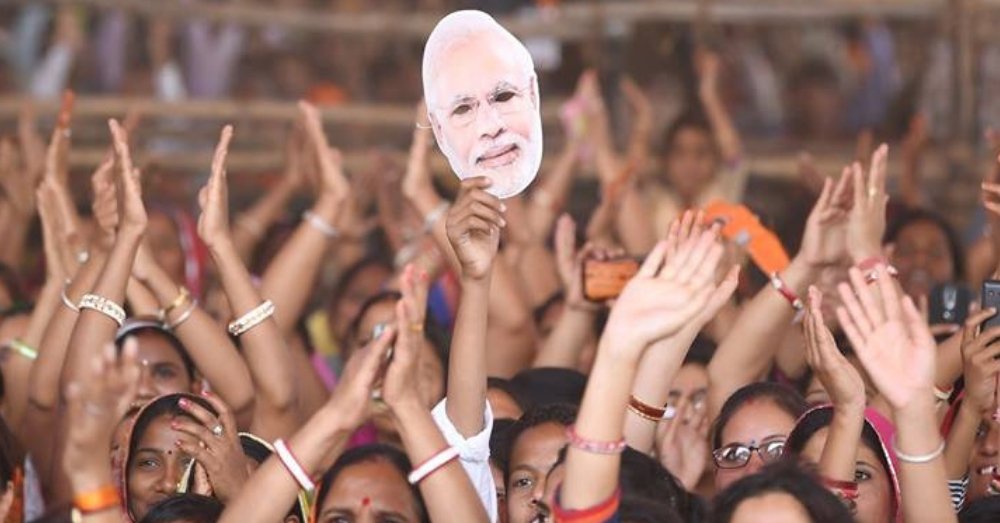 Demographically, India is going through a unique structural change. Prime Minister Modi is drastically different compared to his predecessors, and these unique attributes of his are very much characteristic of the youth: he constantly challenges authority and old ways, he focuses on technology and strives to remain popular among the young people. Sounds like every teenager and young adult right? With over 65% of the population under the age of 35 years old, India carries one of the most dynamic middle-class segments in the world. It is this rise of the middle class that is key to catapulting India from a developing to developed country over the next few years. Here is why.

As little as ten years ago, arguably even less than that, clearly defined de-facto segregation classified the elite, middle class and poor. We were a democracy but ideologically, still medieval. One of the main changes that Narendra Modi has brought in with his leadership is that he un-apologetically does not represent the elite in any way and has made clear mention of this multiple times. The son of a tea seller is now the Prime Minister of India and he means business. And today, with the sheer numbers of young middle-class individuals, Narendra Modi has become the poster definition of the new elite of New India; the rising middle class. Dynasty is dead with this group and merit is in. It is a group that is educated and is willing to take risks for a better quality of life.

The interests of this rising middle class are unambiguously different from the bottom proletariats and the top-most bourgeoisie. While the poor focus on making ends meet and the rich focus on maintaining their status, the middle class moves towards driving pecuniary, dogmatic and societal change. This means that the development of the middle class is fundamental if India is to become a developed nation soon. And that is what Narendra Modi has done and will continue to do after taking the oath tomorrow. Over the past five years, the PM has successfully blurred these lines of de-facto segregation through social welfare reforms (Sabka Saath Sabka Vikas). The invisible and ideological stranglehold of ‘I am better than you’ that the elite had over the rest of the population is significantly reduced.  And the old school elite resent Modi because of this. In particular, Modi’s economic policies forced them into compliance and transparency. There was a massive squelching of corruption, middlemen, transparency and tax compliance. Reforms (especially GST and demonetisation) were widely unpopular with the elite because they now have to ‘stand in line’ like everybody else. This reduces their legacy, their ‘cut to the front of the line’ privilege.

When looking at electoral politics in India, one can easily see why old school elites were stalwartly against Modi throughout this election. Historically, the Indian bourgeoisie has always resisted the middle class and fancied the Congress party (2004- Sonia’s UPA) because it benefitted a feudal and fragmented society. While ground reporting this election season, every optimistic elite citizen I spoke to predicted not more than 240 seats to Narendra Modi with the NDA alliance as a general average. The rest were dead against Modi. The reasons?

‘Because he has screwed us over in so many ways.’

‘What has he done to help us?’

‘His Hindutva is a bit too intense for me.’

‘The economic policies did not help us.’

I objectively listened. Everyone is rightfully entitled to their own opinion. And it is indeed a fact that Modi’s reforms by and large favour the bottom 70% versus the top 30%. But the elite did not take one important fact into consideration: how the rest of the population lived. Beyond driving past city slums, elite largely had never exposed themselves to tier II, or III regions in the country. This included me before this election season. For the first time, I travelled and spoke to hundreds of people from tier II, III regions experiencing positive development. It was here that I felt the driving hunger of the youth to change the status quo. Unlike the generations before, Modi, under his leadership over the past five years, has created a very powerful undercurrent and platform for middle-class youth to create change. And also, unlike generations before, aspirational youth have access to information and are informed. They crave for change and chase it without fear of consequences, knowing Narendra ‘Chowkidar’ Modi has their back.

Also read: The Indian Democracy After Modi: One Future, Many Prospects

THIS is primarily why the youth drove the Election 2019 result and why it was such a hands-down win. The Opposition is decimated. No longer is the society medieval and blue-blooded. Young Indians will not tolerate this ideology. De-Facto is out and the lines have blurred. Youth are not attracted by an elite legacy or prestigious name-tags. They are decreasingly interested in migrating to developed nations to settle and find higher paying jobs. What attracts youth is to be a game-changer, to write history. They want to live their lives with meaning; they want to be a part of this incredible energy of New India. Narendra Modi has brought this sense of nationalism and pride along with the BJP party. And in the next five years, I have no doubt that we are on a trajectory that is up, up, up!