By Ankita Bakshi in #YouthKiAwaaz2019, Politics

Attaining the age of eighteen is considered a major milestone for any individual. It gives them opportunities to gain legal rights and become responsible citizens of India. Attaining adulthood is considered the age to enjoy and experience life, but it is also the age where one becomes eligible to vote and shape the future of our nation. Now, the question arises, why should every young adult vote? 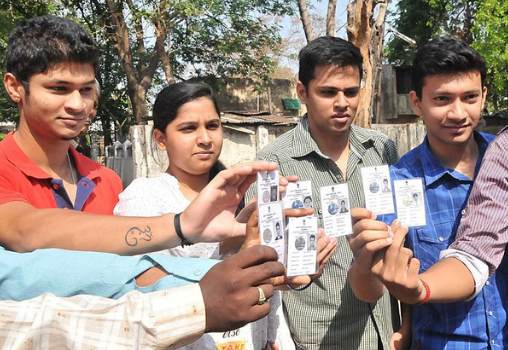 1. The youth’s votes have the potential to be extremely influential in this country. Young voters account for half of the total voting population, making them an extremely powerful political force.

2. Many believe that their vote does not count, thus they avoid voting. But the reality is, every vote counts. There have been situations where even a single vote has changed the fate of a party.

3. Young people are hit the hardest by recessions. To change the prevailing crisis among the youth, such as lack of jobs and a faulty education system, young voters need to vote for the candidates whom they feel will best represent their needs.

4. People are unaware of their chosen candidates’ educational qualification and background. Most of the people are blinded and vote according to the candidate’s caste, rather than choosing the most eligible candidates. This is not the case with the youth; they are educated and know the importance of choosing the right candidate irrespective of their caste, creed and religion.

5. It is difficult to manipulate the educated youth, they are not influenced by the fake promises or the donation tactics of shrewd politicians. The leaders chosen by them are more likely to be worthy of that seat in the Lok Sabha.

6. It is a moral obligation and a legal duty of every adult to vote and contribute towards the betterment of the nation.

In Today’s India, Being Young And Political Goes Far Beyond Franchise

Did NOTA Make An Impact In The 2019 Lok Sabha Elections?