By Priyanka Deo in Latest 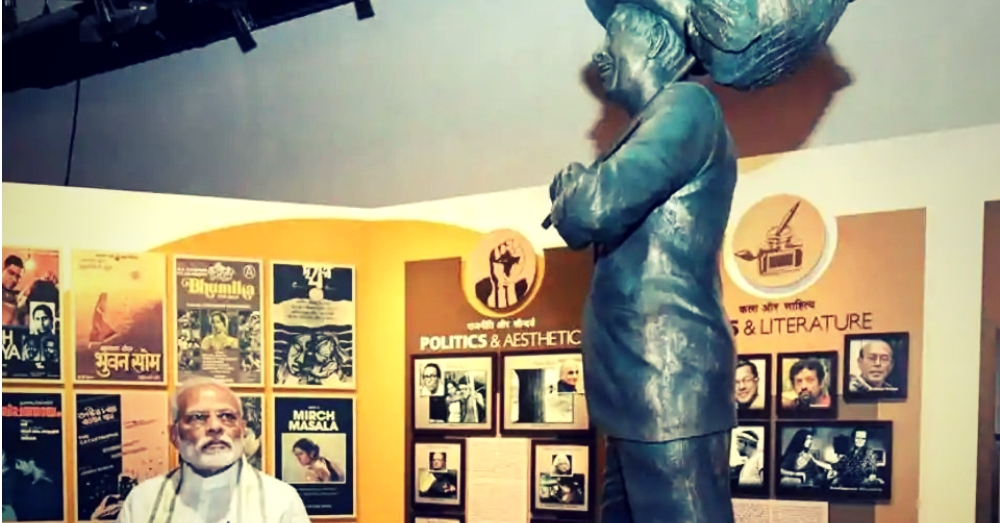 One can certainly see the change and evolution of Bollywood films through the eras. From the rise of several production houses in the 1920s to the social reformist films of the late 1940s to the masala blockbusters we all dance and sing along to, Bollywood has undergone transformations and shifts along with the nation. In the over 100 years of its existence, Bollywood is now an undeniable part of the Indian culture and has also has made its mark on the international stage.

As of January, a national film museum was opened up which commemorated and exhibited Bollywood in Mumbai. It was government-funded, costing approximately 1.4 billion rupees and showcases a plethora of memorabilia, recordings and film-making apparatuses. While most consider the national film museum as simply a record of Bollywood’s history, it showcases the country’s principles and image to the rest of the world.

Take other countries’ national film museums as case studies. The China National Film Museum (CNFM) is the world’s largest professional film museum and is particularly active in its exchange programs and research activities. The Australian Centre for the Moving Image (ACMI) is one of the most visited galleries in Australia. While the Australia film industry only outputs a few international productions, cinema is a significant contributor to the domestic economy.

Germany’s film museum doggedly displays the technicalities of film-making and teaches them through active programs. Dubai’s contains the private collection of advertising mogul Akram Miknas. Unsurprisingly, Dubai is a prime city for branding, shopping, aesthetics and statement architecture. And we certainly cannot miss Hollywood’s multi-story museum situated in Los Angeles. Not only does Hollywood’s museum boast a multi-level, 10,000 item collection, but also distinguishes itself as a rooted part of the architectural history of the region.

Nations (those mentioned above along with others including France, Italy, Ukraine and the UK) strive to make their museums notable. This is because a national film museum publicly displays the use of technology and its powerful impact on that nation’s culture, economy or both. For national interest, it is vital that this image and perception is showcased and showed off to others.

Imagine this. Walk into the multi-level, fully decorated Los Angeles based museum. When I walked through and saw its dazzling and overwhelming artefact collection for the first time, the words that came into my mind to describe the place were ‘heavyweight,’ ‘mighty’ and ‘un-apologetically in-your-face.’ These words also apply to the image that the United States wants to have amongst other countries. If you walk into Germany’s museum, you simply cannot miss the focus on the technical emphasis of film-making. And no surprise, Germany constantly strives to be a top technology and engineering innovator on the global stage.

Bollywood is miles ahead of other film industries in other countries including prominent ones like France and the United States. This is because it works through popular culture. Other film industries draw upon their fine arts for film success. Fine arts often have low commercial potential. This explains why a Bollywood dance has way more engagement than a snippet of a French film on social media. Bollywood also has the added benefit of being intertwined with a several-thousand-year-old culture which adds unique depth and originality to the film-making process. And as a result, Bollywood films have informed international audiences to ideologies including tolerance, respect and communication with other nations and regions. And the government has taken it one step further by using Bollywood to impact and alter ideas and opinions internationally.

Past governments made, at best, ad hoc attempts, to integrate and use Bollywood in geopolitics. It is this government under PM Modi in particular that has jumped on using Bollywood as an effective geopolitical tool. The results show. Indian international relations are better than ever before. The world sees India as capable of playing a larger role in global politics. A record amount of FDI pours into India from other superpowers: America is the largest investor.

Going back to the creation of an Indian national film museum- Why is this a very significant step for India politically?

The physical structure of the museum also symbolizes this. The 140 crore museum is spread across a five-story glass building that encompasses the Gulshan Mahal, a 19th-century heritage bungalow. The exhibits and infrastructure project India as a rising superpower, able to effortlessly amalgamate past heritage with modern-day trends.

Priyanka Deo is an executive producer and anchor at New India Junction. She holds masters’ degrees from Harvard University, the University of Southern California and the London School of Economics and Political Science.