By NACHI in Society 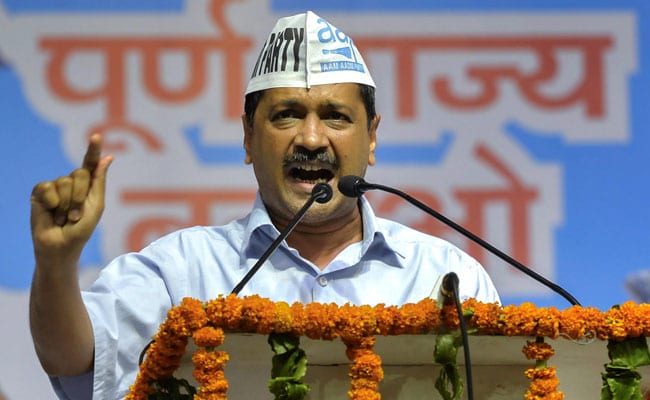 There is no doubt that Arvind Kejriwal’s announcement of free metro, bus rides for women in Delhi is a political move—more than AAP’s concern over the safety of women in the capital. Delhi assembly elections are less than a year away. Kejriwal continues his war cry against the centre to get full statehood for Delhi. And after the general election results, this seems to be a well planned maneuver, politically speaking, by the top brass of AAP— because Delhi Metro is run jointly by the Delhi government and the centre. And the decision will lead to more scuffles between them, creating a necessary narrative in which Modi can be demonized again.

Anyway, appeasing 50% of the population is always a better political move than going on dharnas against a centre which is bent on destroying you.

It has already created a buzz, and we have to accept that this buzz is more productive than the buzz created by the Balakot Strikes. Delhi is referred to as the rape capital of the world, and women here pay the brunt of being them every day. They are the marginalized section of the society. In other words, they need help. They need all the help that can be given.

There are many arguments that are made in favor of the said decision. Some of them can be outlined as follows:

Rather than traveling in buses, women will be able to ride in Metros which are—statistically speaking—a much safer option. Also, increased number of women in the coaches of Metro will make sure that miscreants (who love “accidentally” grazing against the bodies of women in stuffed coaches) will not be able to harass them.  This is the primary argument given by Kejriwal in his public statement.

If women have free access to traveling—their participation in the public life will increase. An implied assertion behind this argument is that women are unable to go out because they (or their male companions) do not have money to travel, and hence, they are always shut up in their houses. Even though it is not wholly true in all cases (many men do not allow their women to go out because their beliefs do not let them), making public transport free will definitely lead to increased participation of women in public life—thereby making them politically conscious and more aware of the world around them.

Honestly speaking, I am not sure where I stand in terms of “my opinion” in case of this decision. Perhaps that is why I have pointed out the advantages first. And the reason I am delineating the arguments against this decision is not known even to me. We can never be sure of our ideas anyway, and whenever we write on a public forum, we need to be comprehensive. We need to take all the points into account.

Also read: Opinion: Kejriwal’s Policy Of Free Rides For Women Is A Bold Step Towards Equality

Let me put forward my mild rejoinders against the three primary points, and one more point, which is a matter of praxis:

Women’s safety for me is more a matter of inner thought rather than outside policy changes. Policies help, but they should be directed more in the direction of polishing the thoughts of those who harass women. In other words, it is more a matter of what we think than what we do. Because what we think comes before and leads to what we do. For example, I cannot ask my sister/daughter to wear clothes to cover-up their bodies—just because women are unsafe on the streets (“Clothes are not protective shields against rape” is a well known phrase doing rounds everywhere). In the same way, I should not make them travel in safer environs like metro. The streets should be made safer rather than creating specialized spaces for women. Every space should be a safe space.

Making women travel in metro because it a “safe space” and asking them to cover their heads is equivalent to each other, in terms of underlying episteme (thought structure). Both are evasive actions; they do not solve the problem.

Also, if women have to be always together to be safe, what kind of “safety” is that?

I cannot argue against this point. Women’s footfall will increase in public life if they are given a free mode of transportation. And we need that to be the case.

When women interact with other women, and that too from different locations and mindsets, there is bound to be an ideological shift—a shift that is bound to help them in the long run. And wherever I see/go, when it comes to women empowerment, I find only the privileged women/girls talking to each other and making strong claims on social media. Of course this is necessary and helpful, the privileged women do need to have dialogues, but in my humble opinion, they do not really constitute the majority of population. And they are already empowered enough to really understand what “having no power” means.

We need dialogue between the privileged and unprivileged. We need dialogue between the unprivileged and the unprivileged now. And when they come out in public (if not plush coffee-houses, then let it be the Metro), they will interact with each other—they will talk about how their husbands beat them in private and how they really feel about their lives. They will understand their socio-political situation. They will unearth how they are disempowered. This is the kind of dialogue I wish to look for.

For obvious reasons. This is going to be the second biggest hurdle. After the tussle with the centre. 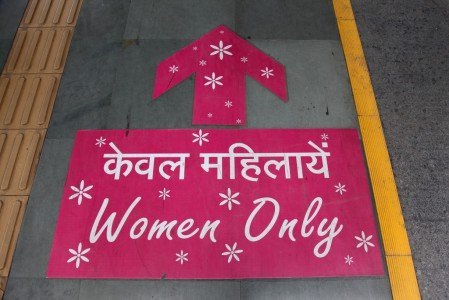 There is no conclusion. Or if there is one, it has already been provided in the article. But there is one point I wish to extrapolate upon—so that it does not pass by without making any effect.

In the beginning of the essay, I stated the following:

“They are the marginalized section of the society. In other words, they need help. They need all the help they can be given.”

There was a not-so-hidden pathos in those words, a kind of contradiction. I am actually not very sure if calling women “marginalized” is ethically justified. Because when I do that, I assert my own identity as a male. I call myself a parent to them, a kind of father figure. Also, there is an implied/inherent distance in calling women “they”. The whole statement: “They need all the help that can be given” is derogatory at best. Even if the woman is raped and mutilated at the hands of Patriarchy, I am no one to say that they need my help. I wish to see a change in the discourse. In the way things are seen/talked about. Our language hides our hidden prejudices. And calling yourself a savior is one of the crudest prejudices one can have. Perhaps I shall write more, in another article, about this prejudice.

A note added after the comment of a friend:

One of my friends Shraddha Tewari, after going through this article, said the following:

One of the reasons I favor the decision is… “Women carrying Gucci need to learn to share spaces with women whom they consider “below” themselves (domestic helps, workers etc. etc.).

I’ve traveled via metro and I’ve seen the kind of public that majorly uses it. There are many people in there who become uneasy when someone below their class enters the ladies compartment.

So, that interaction between women from different walks of life is necessary.

Yeah. So if free rides bridge this gap even a bit, I support that.”

This point made my opinion inclined towards “in favor” of the decision.