Bharatnatyam: A Form Of Expressing Feeling

By Jyoti Pathar in Latest 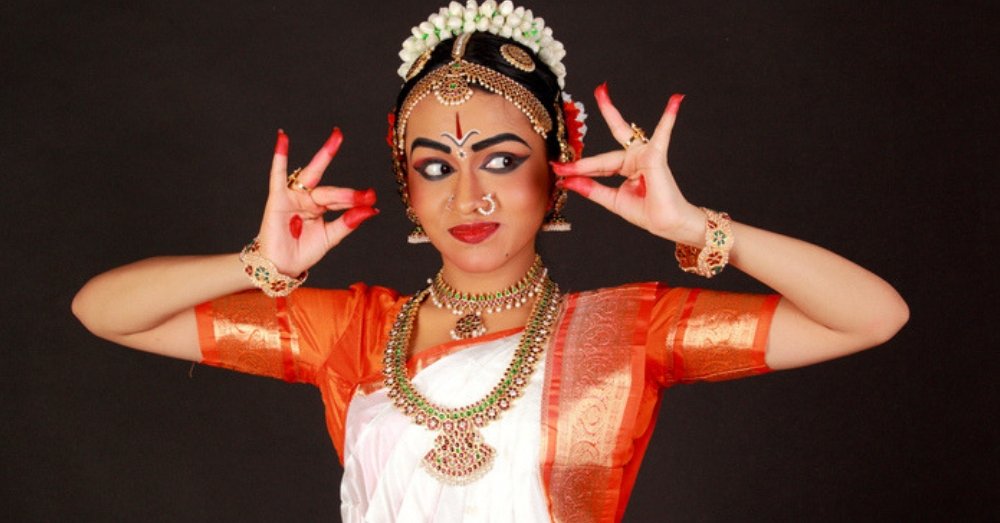 Bharatanatyam is one of the oldest and the popular Indian classical dance form, originating from Balasaraswati. It brings forth into the practice, the spiritual semblance through synchronized physical and emotional body movements.

It is 2000 years old traditional dance which originated in Thanjavoor, Tamil Nadu. The alternative name of Bharatanatyam is ‘Daasiyattam’. The dance form has a mythological association as Lord Brahma created Panchama by spreading the information from four Vedas- namely the Pathya of Rigveda, Abhinaya of Yajurveda, Geetham of the Samaveda and the Rasam of Atharvaveda.

It comprises of Bhava, Natya, Raga and Tala. It has a basic theme of love and is a solo feminine type of dance where the dancers perform in the form of devotion to their loved ones or love of a mother for her child. There are four techniques of performing namely the Karanas, Hastas, Adavus and Bhedas. ‘Karanas’  means ‘doing’ and it includes the 108 key transitional movements, which are also featured in other classical dance forms of India.

‘Hastas’ are the hand gestures used by the performers to express their emotions. ‘Adavus’ is the series of steps of Bharatanatyam and there are 108 recognized principles of which 60 are used by the professional dancers. ‘Bhedas’ is the neck and eye movement used in the dance form; the dance seems incomplete without Bhedas. Bharatanatyam is defined as the most graceful and purest form of dance which went through several changes throughout the centuaries but is still continuing in India.