Everything You Need To Know About Dhoni’s ‘Balidan’ Insignia Controversy

By Bishaldeep Kakati in News, Sports

The cricket World Cup 2019 is going on in full swing in England and Wales. Along with other teams, India also began its World Cup campaign by winning the first encounter against South Africa on June 5th, 2019. Everything in the cricket’s most sought after and reputed tournament seemed to go well until an unexpected issue rose out of nowhere. And that issue was related to none other than Indian Cricket team’s former captain, Mahendra Singh Dhoni.

Recently, Dhoni’s pictures donning a wicket keeping glove that had a special symbol printed on it went viral. And on further inquiry, it was revealed that the insignia was that of “Balidan”, a special symbol of the Indian Army Special Forces (Para Forces). But the bigger question that came out of this issue was: is Dhoni really eligible to don that special insignia? 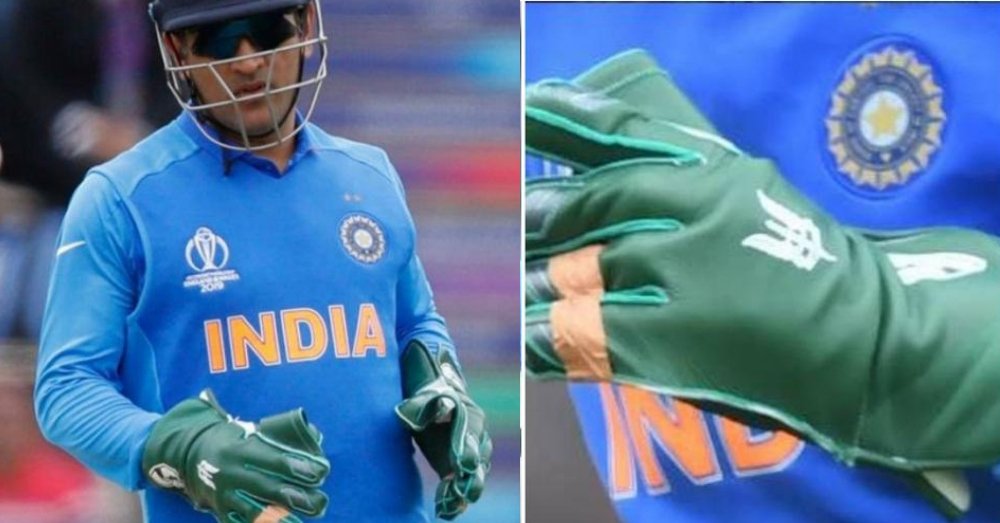 The conspicuous fact is that a normal civilian is not allowed to don that particular insignia; but the same cannot be applied to Dhoni. This is because Dhoni was conferred with the honorary rank of Lieutenant Colonel on 1st of Novemner 2011 by the Indian Territorial Army. The rank was basically given to Dhoni for his immense contribution in the field of cricket, and also for his love for the Indian Army.

Dhoni no doubt has the right to display with pride the “Balidan” insignia, however, certain things have to be taken into consideration—especially when one is taking part in a global sports event like the ICC Cricket World Cup. Cricket, as we all know, is controlled by International Cricket Council. Therefore a cricketer has to abide by the rules and regulation laid down by the ICC.

The International Cricket Council in the Constitution of Cricket has clearly stated that a player cannot use any logo that has political, religious, racial or commercial messages associated with it, and that a player can only use logos of the sponsors or those that are allowed by ICC. However in certain instances, the ICC has allowed the use of specific symbols only if it is meant for non-commercial or charity purposes.

The issue of Dhoni using the “Balidan” insignia raised a lot of eyebrows especially from Pakistan, and the ICC also took immediate action against it by asking Dhoni to remove the insignia. According to ICC, Dhoni breached the clause G1 of the constitution of cricket, but now it’s time we need to realize: whether or not Dhoni should have used that particular logo in the ICC tournament.

The points that come in favor of Dhoni are:

a) “Balidan” insignia doesn’t bear any political, religious, racial or commercial message, rather it is symbolized as a tribute to the martyrs and

b) the logo hasn’t been used by Dhoni to distract any player.

And because of these reasons, many people including cricketers, armed force individuals have come out in support of Dhoni. In fact, most of the people of the nation loved this gesture of Dhoni to show his love for the armed forces.
However, we also have to take into account certain other factors that might come against Dhoni donning the insignia.

As ICC has asked Dhoni to remove the symbol, it definitely has taken some other serious issues into consideration. If by any means, Dhoni is allowed to wear that insignia, a scenario might arise tomorrow where players from other nations would also show their desire to don symbols of their respective associations or military institutions. For instance, a player from the current world cup squad of Pakistan cricket team is also a member of the Navy force of Pakistan, and if Dhoni is allowed, someday that particular cricketer of Pakistan might also don a symbol of Pakistan’s Navy force in a cricket match. So if that happens, directly or indirectly it would destroy the essence of the game, and we would be left only to witness more of symbols and less of quality cricket.

Also read: From Ideological Pragmatism To Hindutva: A Hypothesis Of 2019 Elections

The matter of the fact is that under special circumstances, ICC even allows players to wear or don special jerseys, caps or symbols. But for doing the same, prior permission from ICC must be taken. In fact, a few months back, in a one day international match, team India was seen wearing army camouflaged caps to put their tribute and reverence to the martyrs of Pulwama attack. And the same was allowed by ICC because it was for a charity purpose. But in the current issue of “Balidan” insignia, prior permission from ICC was not taken by Dhoni or BCCI.

Furthermore, in a previous incident, ICC even took stern action against a player from England cricket team, for wearing wrist bands that bore some sort of socio-political messages. So taking all the positive and negative factors into consideration, the one thing that must be done at the earliest is to settle the issue without hurting any sentiments. The BCCI has also backed Dhoni by writing a letter to ICC requesting it to allow Dhoni to wear that special glove. But amidst this controversy, we shouldn’t forget the fact that the cricket world cup is going on and such exaggerated issues shouldn’t destroy the essence of the sporting event.

Nevertheless, the people want an end to this controversy and that can only happen by mutual settlement between the two parties. The fact being no one can ever doubt Dhoni’s nationalism or patriotism, irrespective of whether or not he dons that glove with the special insignia. If the ICC has found something derogatory or against the rules established, then proper attention must also be given to that. But like in the cricket field, it’s time again for Mahendra Singh Dhoni to show his experience as well as rationality in his practical life as well, to put a full stop to this rather infamous controversy.