By Ad in Caste, Society 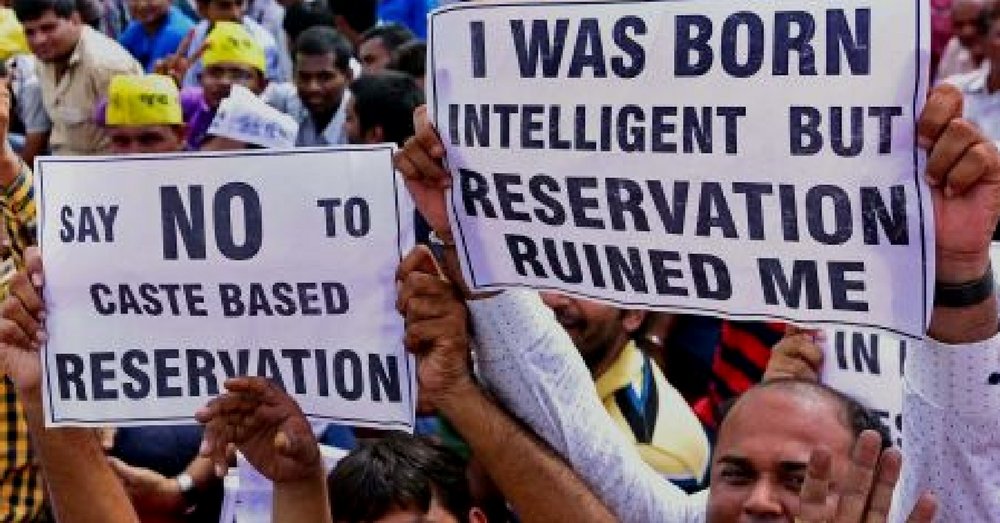 I have just appeared for an exam and now I am waiting for the results. I was going through an online discussion forum looking for result updates. While going through the posts, I saw the discussion swiftly shifting from results to the topic of reservation. The people who were crying out loud against reservation were okay with supporting it on an economic basis rather than on a caste basis. And as the cutoff for the SCs/STs is generally lower than the OBCs, the latter suddenly started making fun of the former.

Eventually, it went a bit too far and people started hurling abuses at each other. That was the point when I thought of writing about it. I may not be an expert on the subject, however, I will still try to give my limited knowledge a shot.

Whenever there is a debate on the topic of reservation, these are some of the common questions that come up: Why was reservation only granted to the people belonging to the Scheduled Castes and Tribes? Why are quotas determined by caste and not class (economic basis)?

I believe the answer to these questions lies in the past. We know that due to the caste hierarchy in India, people from certain communities (SC/ST ), suffered brutal exploitation as a result of the caste system. There was a segregation of occupations. People from the lower castes were forced to do menial and derogatory jobs. They were not allowed any access to education and governance.

Additionally, social mobility was so restricted that the people at the lower rung of society were unable to climb up the social ladder. Over time, the societal gap between the lower and the upper castes started widening and those at the bottom lived at the mercy of the dominant upper caste.

The framers of our Constitution accepted this reality and introduced reservations based on caste for Scheduled Caste and Scheduled Tribes to ensure their equal participation in governance, education, representation and sharing of resources.

This provision was based on caste because most of the hardships faced by the lower castes emerged from this system, irrespective of their economic status. A person who is economically well may still be denied services because of his caste. Reservation is the protection granted by the Constitution to the people who have been and still are a victim of the caste system in our society.

Many argue that the benefits of reservations are not reaching the people who are actually in need. But, I think we need to remember that it is not a poverty removal program. Giving jobs to a handful of people in a community won’t remove poverty as a whole. It’s about equal sharing of resources and equal participation in nation-building exercises.

The clause of social and economic backwardness has changed the entire narrative of reservation in India. The word “economically” has reduced it into a poverty removal scheme. Thus the policy of reservation is being misinterpreted by various sections of society and several political leaders for their own vested interests.

Attacks on ‘SC/ST reservation’ is very visible these days. The first thing that people think of when we talk about the upliftment of the economically poor section of society is caste-reservation. We need to agree that government policies such as scholarships, wealth distribution, and loans at affordable rates of interest that will help in removing poverty, reservation alone is not enough.