Open Letter To PM Modi: Will You Protect The Right To Education For ‘Sabka Vikas’?

First of all, many congratulations on winning the assembly elections with full majority and continuing to be the prime minister of the largest democracy in the world. I truly appreciate your call to win the trust of minorities and disadvantaged communities in your address to the newly elected NDA members, provided it is indeed practiced in action and not merely words.

Being a Muslim woman with a mobility challenge, I represent three most marginalized sections of the society–woman, minority, and disabled. Any person with such conditions in India is mostly living on the edges and has no voice. Fortunately, I found mine while escaping such a fate through access to good quality education that I chanced upon. With that voice I write to you so that you can hear us all, including women, minorities, people with disabilities, Dalits, the poor, and all possible vulnerable groups.

A Meeting That Changed My Impressions

Let me first recount the experience of my first meeting with you that is etched in my memory in ways that you would surely like to know. With an Engineering degree in Computer Science, an MBA from IIM Bangalore, and a US-based job, I decided to use all my skills to give back to my country, the country that I deeply love. I came back to India, particularly to Uttar Pradesh, in 2013. A year later, in January 2014, a few months before the assembly election, I had the opportunity to meet you in Gandhinagar while you were still the Chief Minister of Gujarat. 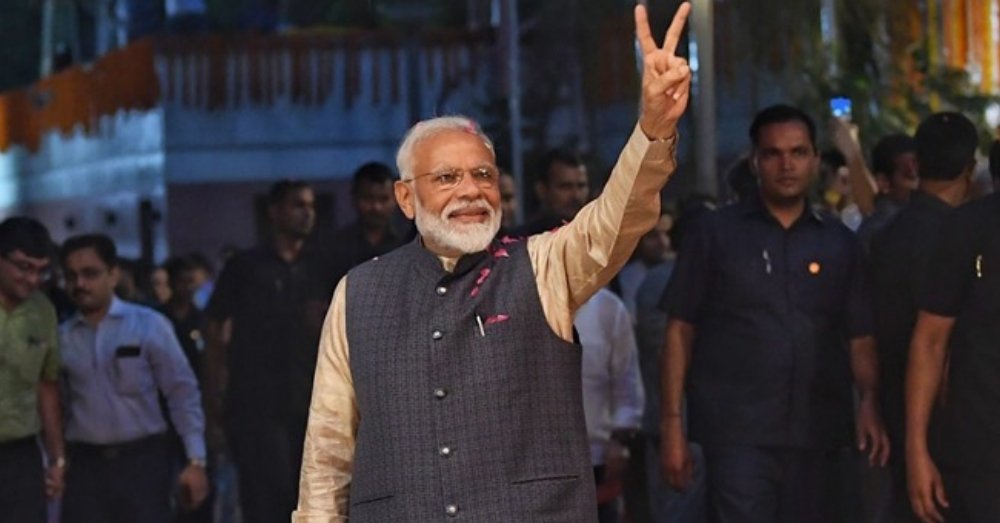 Having grown up with the terrifying stories of the 2002 riots in Gujarat, where I had lost my own relatives, your name brought several uncomfortable emotions into our minds. Turning 18 in 2002 wasn’t the best growing up experience I had. As we, a group of almost 12 people, all Hindu men except for me and a Muslim guy, were led to your office, I was expecting to be entering rooms inside rooms to finally reach your chamber as I had seen in other Chief Minister’s offices. Just as we entered the first room, I was looking down searching for another doorway but was startled to see everyone taking their seats. Without looking up I retorted, “Guys we have to go further inside, get up”.  While saying that I looked up and there you were, just a couple of meters from me. I wasn’t prepared to encounter you so suddenly and up close. I was stunned, frozen, and was shivering from the shock of meeting a person whom we had dreaded all along. Words refused to leave my tongue without quivering as I greeted you.

I took my seat right in front of you as earlier decided in the group. I was to introduce myself first but I struggled to sound fearless and confident in my first few sentences as I tried hard to stop my tongue from trembling and heart from pounding in panic. Regaining my composure, I spoke about my work in social inclusion in education that you heard with patience, asked questions about, and also suggested that I meet the Principal Secretary of Gujarat. Your office not only arranged my meeting with the Principal Secretary Mr. S J Haider but also a visit to the state-of-the-art Science Centre demonstrating GPS tagging of roads, schools, hospitals, and others. That was truly impressive to the engineer in me.

After you heard us speaking for almost an hour, you spoke patiently for 30 minutes like a statesmen covering every point we had raised with facts and logic. I remember your assurance of safety and equal opportunity to minorities and the disadvantaged if you became Prime Minister. I can’t say that I wasn’t impressed with your calm and composed demeanor and well informed responses to our queries that sounded honest. That was quite contrary to my earlier impression of yours. For once I believed that you probably were not the same as we had perceived you to be. That probably you indeed believed in taking the country forward with inclusive development. What caught my attention even more was that when I got another fleeting chance to meet you in Delhi after a month, you remembered me well and asked after my experience of Science Center visit in Gujarat.

You may no longer remember that meeting, but it did leave a lasting impression in my mind. Maybe you were indeed going to invest in “Sabka Saath Sabka Vikas” as you became Prime Minister, I had thought then. I recounted this experience of meeting you with several people, expressing my optimistic hopes of you.

However, in the last five years, I was left disappointed with multiple cases of lynching (the first one right in my home state of Uttar Pradesh) cow politics, unprecedented hatred, growing unemployment, censoring the media, caste-based violence, and the suppression of dissent.

Yet, I am still holding on to my hope.

What I am most shocked to read from the draft National Education Policy was that the government is considering abolishing Section 12.1.C of the Right to Education Act. It details the one scheme that promotes the inclusion of minorities, Dalits, and the poor in classrooms, giving them potentially the most effective opportunity to find their place in the society as equal citizens. I have worked six years in Uttar Pradesh to activate and implement this policy in collaboration with the state government after fighting elite private players and legal battles to enable 1,40,000 children from economically weaker section and disadvantaged communities from across 75 districts of Uttar Pradesh to access schools. These children would have otherwise not only been left out of school but engaged in child labor at the tender age of five or six. It shouldn’t be surprising to you that almost 60-70% of the children impacted come from minority and Dalit communities. This scheme has the potential to impact 20 million children in the next 10 years and is easily one of the largest public private partnership programs in the world promoting social justice.

Abolishing such a powerful and inclusive scheme is a major lapse in governance. It is nothing less than blasphemy in a democracy. Those powerful private schools that have been benefiting from inequality and exclusion are the only victors. There’s numerous empirical evidence proving the efficacy of this scheme that benefits not only poor children in accessing good quality education but also the rich kids in becoming more generous, compassionate, and empathetic.

The effort it took us to reform RTE 12.1.C-related policies in Uttar Pradesh after a persistent advocacy effort and legal battle in the Supreme Court was highly undermined when the Karnataka government recently brought up the same prohibitive and regressive policy taking away the luxury of ‘choice’ from poor parents. When UP started progressing, it was quite disappointing to witness states like Karnataka and Chhattisgarh weakening the institution of RTE.

You don’t throw the baby out with the bathtub. I would strongly urge your government to strengthen this scheme by amending the policy to add more clarity, penal provision for non-compliance, strong governance mechanisms, choice to parents, and timely reimbursements to schools. It will be testament to your promise of Sabka Saath Sabka Vikas, and now Sabka Vishwas. Please do not kill that which already existam when there is a need for creating much more in order to truly realize an inclusive and flourishing democracy where everyone has equal rights, equal opportunities, and a dignified life. We would be happy to support government in every capacity we can.

Also read: 5 Ways In Which Modi’s 2019 Victory Heralds The Dawn Of A New India

I want to remember you as the impressive statesman I met in Gandhinagar five years ago. We are willing to let go of the past if you promise us an inclusive future, where all of us have a place in the country and all of us share in the growth story of the country. I still have high hopes from my Prime Minister and I am sure I will be heard.

Samina Bano is an Ashoka-Fellow & Acumen-Fellow working in State of Uttar Pradesh. Samina is the Founder & CEO of RightWalk Foundation working on a provision in Right to Education Act that enables poor children to study in private schools to promote social inclusion.