Renaming Cities: BJP Is Hardly The First Party To Use Nationalism For Name Gains

What’s in a name? Shakespeare had asked. If you live in India and follow the news, a lot, it seems. Over the course of the last one year, Allahabad has become Prayagraj and Mughal Sarai has become Deen Dayal Upadhyaya Junction (even though the Central government is yet to give its nod to both decisions). 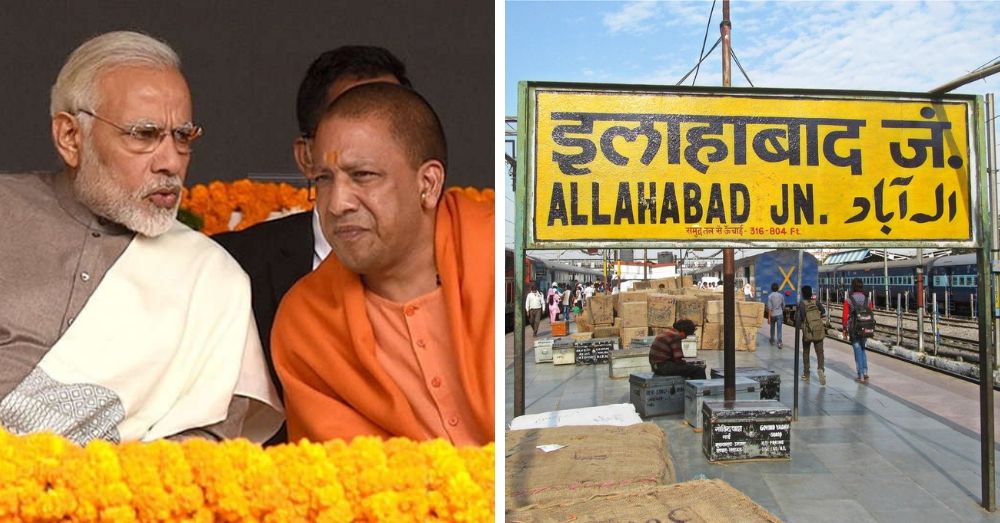 In the last year, the government has approved renaming of 25 places for varied reasons, with requests of name change of hundreds of places from West Bengal to Ahmedabad still pending with it. Some of the name changes, like the one in Allahabad, happened in the run-up to the elections, with the government clearly doing so to send out a message about its political ideology.

That the ruling party would use nationalism as a ploy to polarize an electorate is a no-brainer. What is a little simplistic though is to associate this tendency of nationalistic name politics, to ONLY the BJP. Nationalism has long dictated how places are named in the country, with governments across decades using it to different effects and purposes.

In fact, the largest such exercise was undertaken right after independence when the feeling of separation from both England and Pakistan, along with a sense of nationalism, largely dictated how large parts of India came to be named.

To undo impact of centuries of Anglicization and Persianization prevalent in name places, the Congress-led government adopted the policy of going back to ancient names, opting for those that were indigenous, rooted in tradition and belonged to ‘one’s own place’. Even where ‘an ancient name had fallen into decay’, the central government had said, it was ‘eminently desirable’ to restore a place to its old name.

According to Anu Kapur, who is a Professor of Delhi School Of Economics at Delhi University and who has written a book on the origin of Indian place names, the usage of the phrase ‘ancient name’ was a critical element of the directive, because the government saw ‘the practice of renaming places, basis their old names, as celebration of heritage and adherence to nationalism’. The National Herald (August 6, 1947) had called it the ‘Indianization and nationalization’ of place names.

And so, immediately post-independence, the Indian government went on a name changing spree, renaming 110 places between 1953-57.Spellings of many places were changed to restore it to the sound that was used by the locals to pronounce it, and to ease the errors of Anglicization. Simla became Shimla, Monghyr was changed to Munger, Jullunder became Jalandhar, and Poona became Pune among many others.

From 1941-1961, under the umbrella of staunch nationalism, a countrywide effort was made to change the names of districts to their original ones. Such a reversal was observed in names of places like Benaras to Varanasi, Gird to Gwalior, Tanjore to Thanjavur among others.

As per scholars, this process of name change continued unabated from 1961 to 2011, where an increase in number of districts from 340 to 640, was accompanied by a high frequency of change in names. A noticeable change involved the replacement of common English words with Sanskrit ones, with North Kanara turning into Uttar Kannad, and South Kanara turning into Dakshin Kannad.

During that time, there were attempts made at erasing the impact of Persianization as well, on places’ names. The name of the district Shahbad was replaced with Bhojpur in 1972 to honor an ancient king of the area. Nawashahr in Punjab, saw its name change to Shahid Bhagat Singh Nagar in 2008. Khandesh, that lay on the northwestern corner of the Deccan Plateau saw its name changed to Dhule in 1961.

Also read: So, We Are Either With Modi Or With Pakistan

From the sixties, roads, towns and cities across the country started getting named after political leaders and freedom fighters, in what would become the trend of the time.

Kadapa, spelt Cuddapah by the British, was renamed Sandinti Rajasekhara Reddy after the name of  a two time Andhra Pradesh Chief Minister, popularly known as YSR.

Every city has its political icons: Shivaji in Mumbai, Netaji in Kolkata, Sardar Patel in Ahmedabad. There are thus the likes of Ambedkar nagar, Gandhi Nagar, Rajiv Gandhi Nagar and even Indira Gandhi Nagar.

Going Back To Roots: In The Name Of Hindu Rashtra

As recently as 2015, Aurangzeb road was changed to APJ Abdul Kalam Marg to honour India’s much-admired President. And the Connaught Place, that was constructed in 1933 was renamed Rajiv Chowk.

Urban areas, across India, have been seeking a revival to their Sanskitized counterparts, and this is not just limited to the BJP rule. Trivandrum, the anglicised name for Thiruvanathapuram, saw its name change to the latter, basis the name of the deity whose temple is located in the city. Mangalore in Karnataka recently got its Kannada name Mangaluru, after the presiding deity at Mangaladevi temple. And Allahabad recently went back to becoming Prayagraj, its ancient name.

Because when it comes to politics and name changes, here is how it works – most ruling parties do it. The Congress’ decades-long rule saw not just a large number of places, but even government schemes named after progeny of the Gandhi- Nehru dynasty. 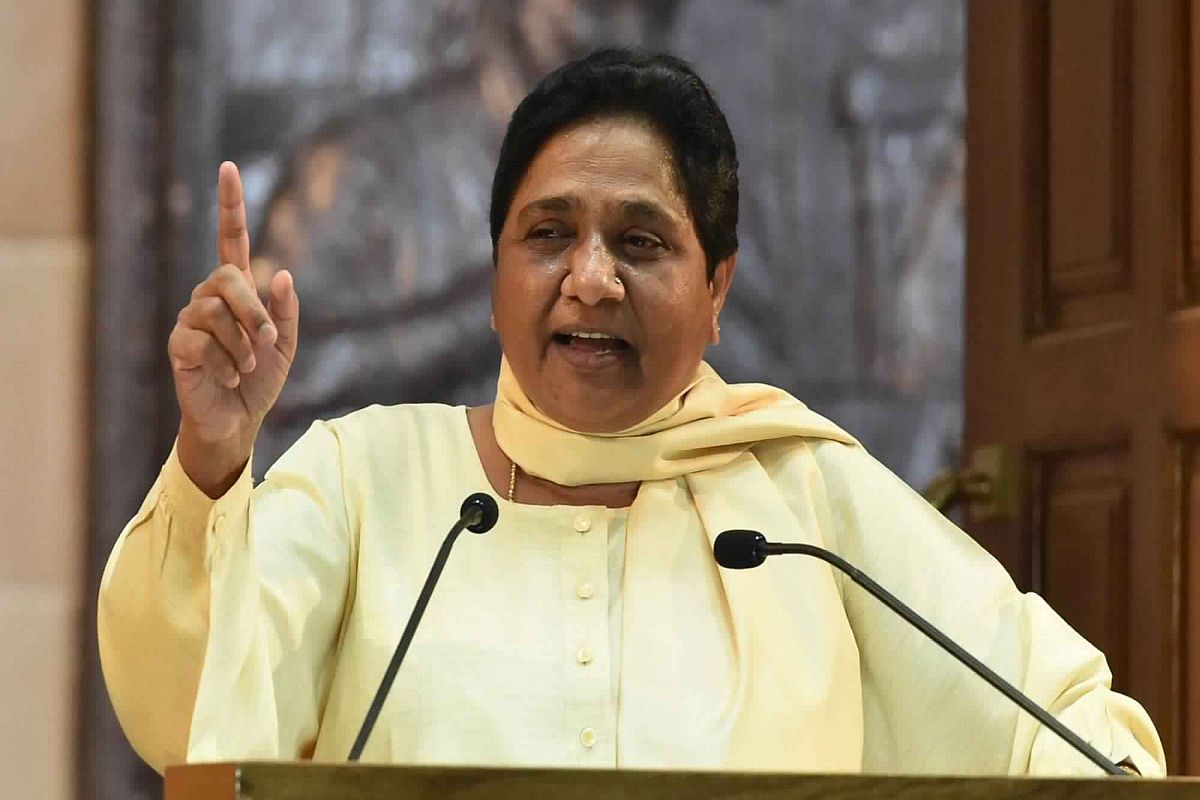 When the BSP was in power in 2008, Mayawati renamed eight districts — most of them after Dalit icons. Shamli was renamed as Prabuddh Nagar, Sambhal as Bhim Nagar, Hapur as Panchsheel Nagar, Kanpur Dehat as Ramabai Nagar, Kasganj as Kanshi Ram Nagar, Amethi as Chhatrapati Shahuji Maharaj Nagar, Amroha as Jyotiba Phule Nagar and Hathras as Mahamaya Nagar. Andhra Pradesh is infamous in changing district names along these lines.

In the independence era, it was done to restore Indian pride, and in the name of nationalism. Post that, the Congress did it to glorify its dynasts and leaders, and currently, the BJP is doing it to glorify ‘Hindu culture’.

The pervasiveness of the practice doesn’t make it correct, naturally. There is a particular kind of viciousness and hate against India’s Muslims that seems to have driven at least some of the decisions pertaining to names made by the government, especially in Uttar Pradesh, and that needs to be condemned in the strongest measure.

But, to accuse only the BJP of playing this kind of politics is not just misleading, but downright hypocritical. In that department, the BJP is not special. It is like any other party. And inversely, every other party is like it.

Editorial note: The author would like to thank Anu Kapur, whose book ‘Mapping Place Names Of India’ (Routledge India) inspired this piece and from where all names place related information has been sourced.