The Difference Between Feminism And Misunderstood Feminism

By Kunal Bansal Chandigarh in Feminism, Gender and Sexuality, Sexism And Patriarchy

OK, before I get chased by a group of people holding pitchforks, let me get one thing clear, I respect those who deserve it and I do believe that men and women should be treated equally. According to me, that’s the true meaning of feminism. Protesting against the ideology that men are superior or better than women also represents the movement. Turning it the other way around by saying that women are better than men, that’s misunderstood feminism.

Now, I’m in full support of the women’s rights movement as I think that the original movement did make a difference by giving women equal rights. And I’m with the men and women who still support the ideology of equal rights for men and women. Also, I do understand that women do not feel safe going out at night and that’s because of the things many men have done in the past.

However, pinning it on an entire gender is not a sensible thing to do. I personally know some women who, under the garb of feminism, believe in statements like “all men are dogs”, but that is definitely a misplaced idea. On the other hand, I also wouldn’t appreciate a man saying such things about the female gender.

Such people ruin the motive and cause of such an empowering movement. Due to these people, other feminists (who actually know what feminism is) suffer. I agree that there are some men who do horrible things to women, however, you cannot judge or blame an entire gender for that by making remarks like “all men are dogs”. I hope the people reading this article can understand what I’m trying to say. People who misunderstand the cause and purpose of female empowerment, do the exact same thing to men which feminists fight against. 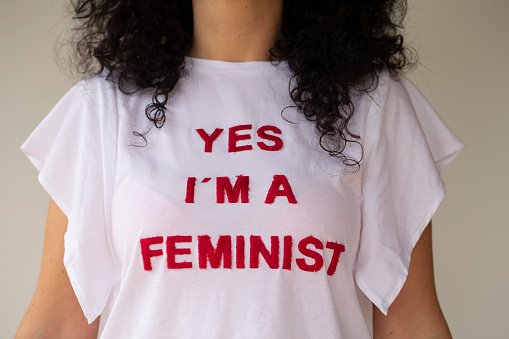 Another big issue with misunderstood feminism is people getting aggressive when a guy retaliates to a girl’s misbehaviour. Let’s just take an example of an incident I saw on a reality TV show once. A man and a woman were having an argument over something. The woman raised her voice and used cuss words, however, the man kept his cool and replied in a calm tone. Suddenly, the woman rushed towards the man and slapped him. Nobody said a word to that woman, however, when the man slapped her back, every man on the set started beating him up and he was taken away. You can watch the video of the incident here.

Also read: Is Aggressive Feminism A Threat To The Feminist Movement?

Was that justified? Should a woman be allowed to hit a man without facing any consequences? The answer is NO. If you are a feminist,  then please understand that it is not ok for anyone to hit anyone. Be it a woman hitting a man or a man hitting a woman.

Please note that this article is not a rant about feminists. I too am a feminist (Yes! Men can also be feminists) as I believe in equal rights for all genders. I just wanted to voice my opinion about the state of feminism nowadays. I’ve seen girls on social media post things like “women are better than men #feminism” and call themselves feminists.

They fail to see the fact that they are doing the exact same thing which real feminists fight against. It is my humble request to such people, please talk to a real feminist and understand everything about feminism before you make any public remarks about the movement.

People who do such things just need a little bit of guidance so that they don’t ruin the main cause of the movement. I hope this article was helpful and the message I wanted to get through has been delivered properly.