By Tara Bhatnagar in Environment, Society

Last month, my partner and I decided to beat the heat and “head to the hills!”, a very unoriginal idea, given that everyone plans hill-station holidays during the summer. But our excitement to bike from Delhi to Chitkul was unmatched! We carefully planned our days, booked our stay, serviced the bike, packed and unpacked our things and set off at 4 A.M. from Delhi to avoid traffic. While I was sure we wouldn’t be the only ones heading towards a mountain respite, by the time we had crossed Zirakpur, I understood how bad the situation really was.

In the age of #Wanderlust, travelling to off-beat (or not) places has become an urgent necessity. We all (including me) want to upload the perfect picture, write beautiful posts, look at mountains, look at oceans, pose with monks and locals, post pictures of food and our feet in cold rivers, #sunkissed #blessed #nomad #hashtag etc. The list is endless! And since affordable accommodation has become a reality, there is nothing really stopping us anymore from ticking on a map the places we’ve visited.

I’ve said this before and I’ll say it again: there is nothing wrong with travelling. It’s one of the best ways to meet people from various backgrounds, learn their ways, experience their cultures and feast your eyes on nature’s marvels. However, the whole concept of travel has been turned on its head because anywhere that is NOT our house belongs to someone else and therefore, can be damaged or polluted because it’s not our problem, it’s THEIR problem. The number of private vehicles on the road to Shimla, including our bike, created such a fume fest. Our faces were caked in black soot by the time we reached our destination. It didn’t take me long to realize that we should just have travelled the old-school way: by bus.

I’d visited Sangla and passed through Chitkul on a college trip in 2010. The villages were relatively small, the locals self-dependent and the only luxury accommodation belonged to Banjara or Kinner camps which were set up along the Baspa river, away from the town. The number of “homestays” that have come up since then is unimaginable.

Ajay Bhandari (27) and his family have always lived on the outskirts of Sangla village in their old-style, Kinnauri wooden cottage surrounded by a sprawling apple orchard. Usha, his mother, tended the farm and orchard every day when the children were small while his father, Amar Singh worked at the Himachal Road Transport Corporation. With his sister married and his younger brother working in the city, Ajay wakes at the crack of dawn and begins his long list of chores for the day, initiatives he takes on his own. Seeing their neighbours sell their farmlands for a hefty price over the years, they decided to put their own cottage on Airbnb and partake in the tourism wave that had begun to hit Sangla around 2004. 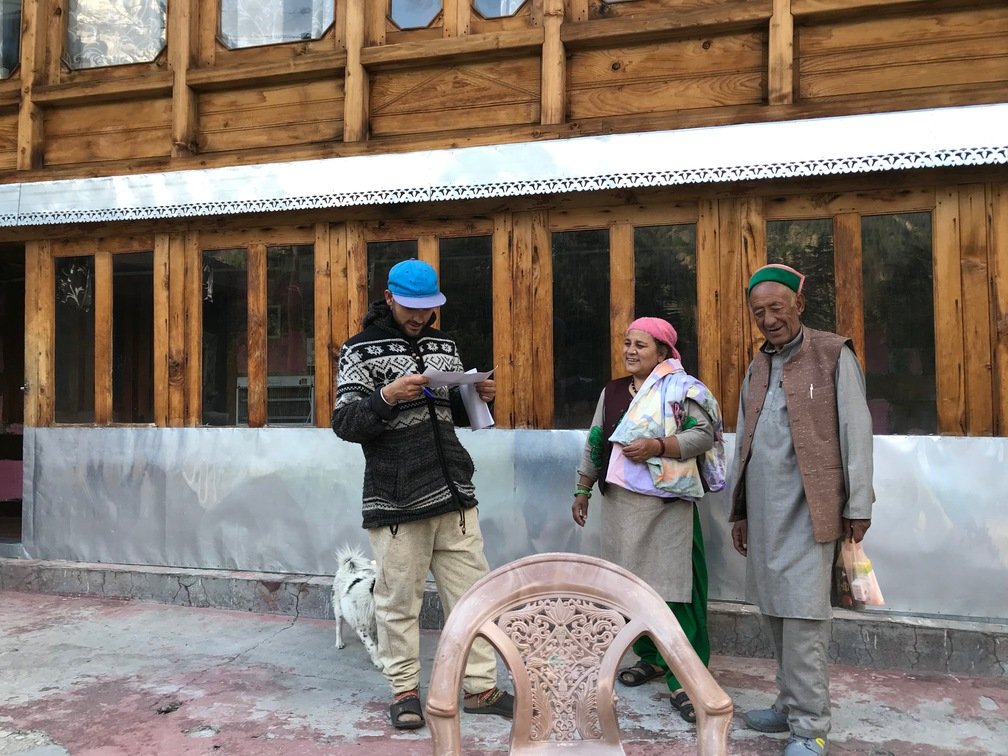 The growth of tourism has, however, been a double-edged sword for the locals from Sangla and Chitkul. While the money coming in has been good, the increased number of people visiting the valley has led to an increase in littering and pollution, markedly visible changes in climate, the effects of which can be seen on their apple produce and local crop. Excess snowfall this year ruined Ajay’s apple harvest, forcing him to depend on secondary sources like tourism, to earn a living.

For Om Prakash Negi, the idea to set up ‘Hindustan ka Aakhri Dhaba’ or ‘The Last Dhaba of India’ in Chitkul was a Godsend. In 1999, when the last inhabited village on the Indo-Tibet border was slowly gaining recognition, Negi set up a little stall, catering to the few foreigners who visited. Unfortunately, Negi’s last dhaba isn’t the last dhaba any longer, beaten by a couple more along the river, going as far as they were permitted to, to set up. His desperation is apparent as he is relentlessly seeking investors to expand his business by building a few rooms. By the time his dream is realized, there may not be any space left for rooms. 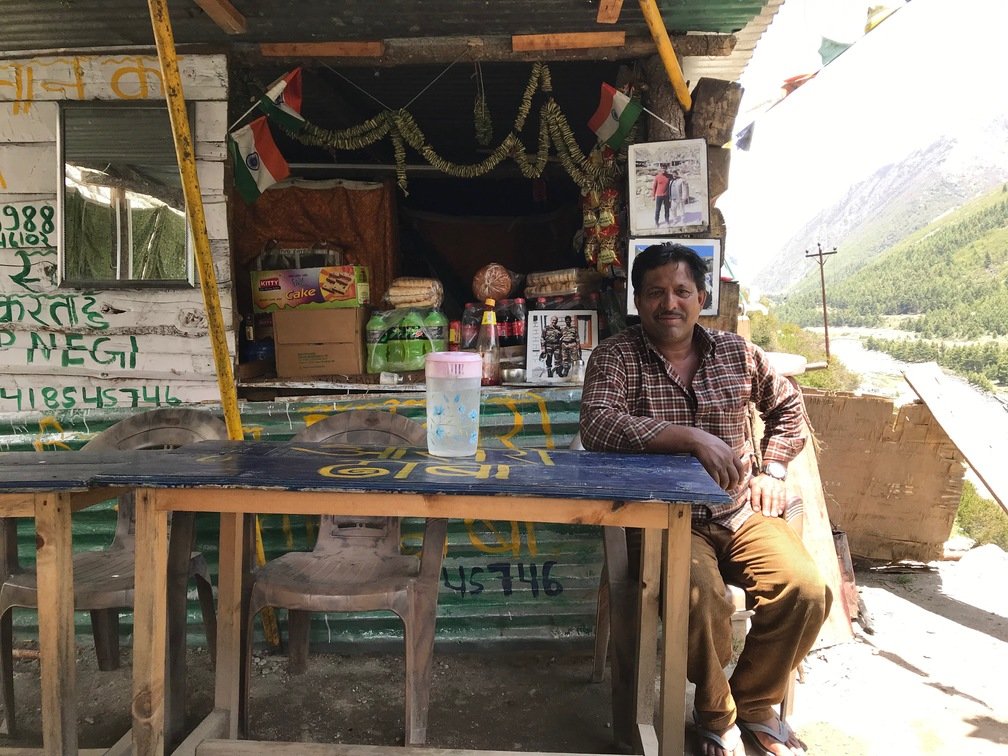 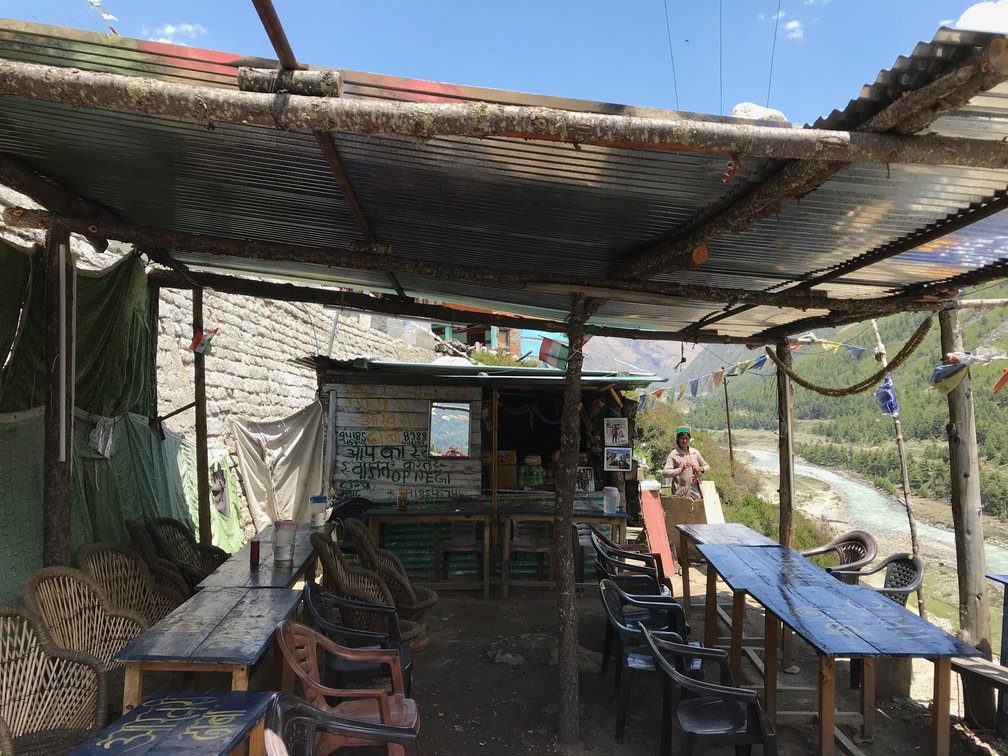 While the need to construct so many hotels to keep up with the number of tourists flocking to the hills every summer is still conceivable, what really made me furious was the way some tourists behaved. The river, lined with cars carrying vacationers from Delhi and Rajasthan, has become a dumping ground. Some recklessly throw their soft-drink bottles into the flowing water, while some blare loud music parked next to a school still in session.

Garbage disposal, which was never a big problem because the locals dealt with their own waste individually, is now a travesty. Raveena, a young woman who cooks and provides home-made meals, says her father was approached for the purchase of their small farm, but he refused because the Goddess forbade it. Only the Goddess knows how long they’ll resist selling their land in the face of poverty. The increasing number of tourists in the valley is forcing the state government to blast the mountains with explosives to widen the roads, which in turn, increases the number of landslides, one of which we were stuck in. The fear I felt in that moment, when I saw the rocks above me shudder under the impact, still gives me sleepless nights. 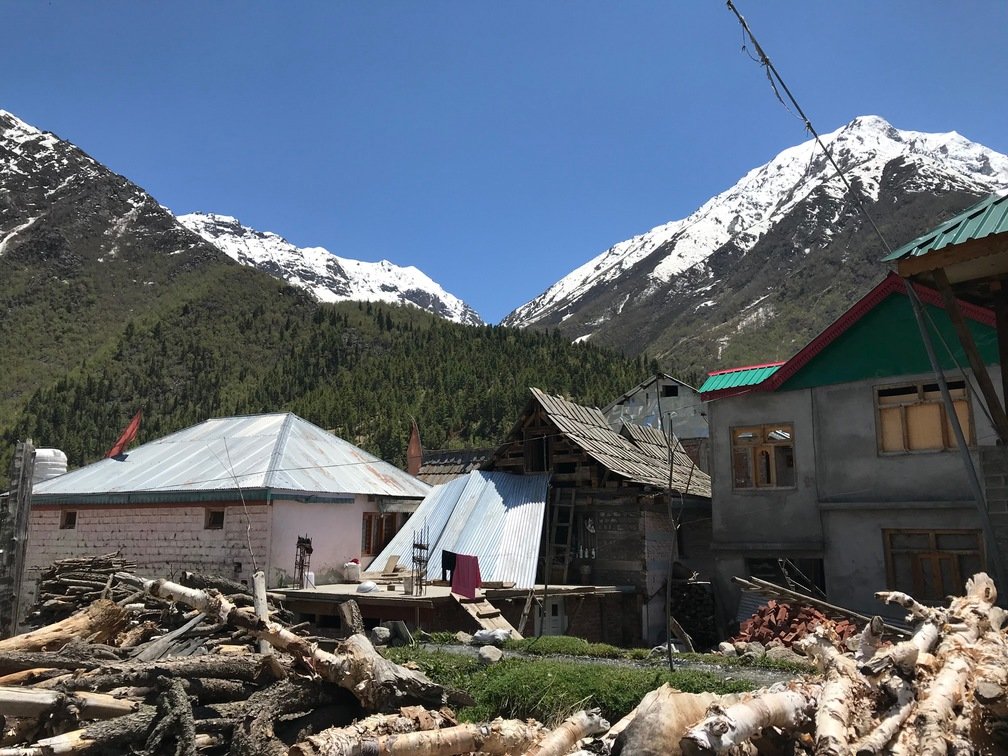 The point of this rant, at the end of the day, is to request everyone who plans on travelling anywhere in India or internationally to travel carefully. Firstly, respect the locals and their space. You may be on vacation, but they still have to wake up early and get to work; it is their home after all. Engage with them and seek permission before barging into their houses and temples, clicking their pictures or playing loud music through the night.

Secondly, it really, REALLY isn’t that much of an effort to avoid littering. I mean, do we eat chips and drink beer and throw the wrappers and cans on our floors at home? Why is it so easy to pollute places we don’t call our own? This blatant recklessness on our part really needs to stop because the snowy peaks and blue oceans we flock to in big groups to see, may not stay snowy or blue for very long. I’ll take this opportunity to quote a very popular phrase doing the rounds these days: “CLIMATE CHANGE IS REAL, B#T@H!”

Also read: Unregulated Tourism In The Himalayas Could Have Adverse Effects

Lastly, because I know I’m beginning to sound very preachy but the trip scared the living daylights out of me, please use public transport! The state buses run efficiently and on-time, except when a natural disaster occurs, like the landslide I was a witness to. The recent traffic jam in Shimla was yet another example of the chaos that ensues when we all decide to ‘drive’ or ‘ride’ to the mountains in the name of adventure. Maybe, we’ll learn from it, maybe we won’t.

And maybe when we’re posting our incredible #travelgram pictures and posts, we can remind ourselves to be honest and show the stark reality of the places we visit and the impact travelling has had on them, especially hill-stations, rather than post glossy, photoshopped images. Witnessing what we’ve done to nature could force us to be more responsible.