On 11th June 2019, the vacation bench of the Supreme Court consisting of Justices Indira Banerjee and Ajay Rastogi passed the order for the immediate release of Prashant Kanojia, a UP-based journalist arrested for his tweet about the CM Yogi Adityanath.

Prashant Kanojia, alumni of Indian Institute of Mass communication Delhi was arrested by the UP police a few days ago over the “objectionable comment” made by him about the CM – Yogi Adityanath on his twitter handle. Prashant shared an article about a female claiming a relationship with the CM accompanied by a remark that supposedly maligns the CM. 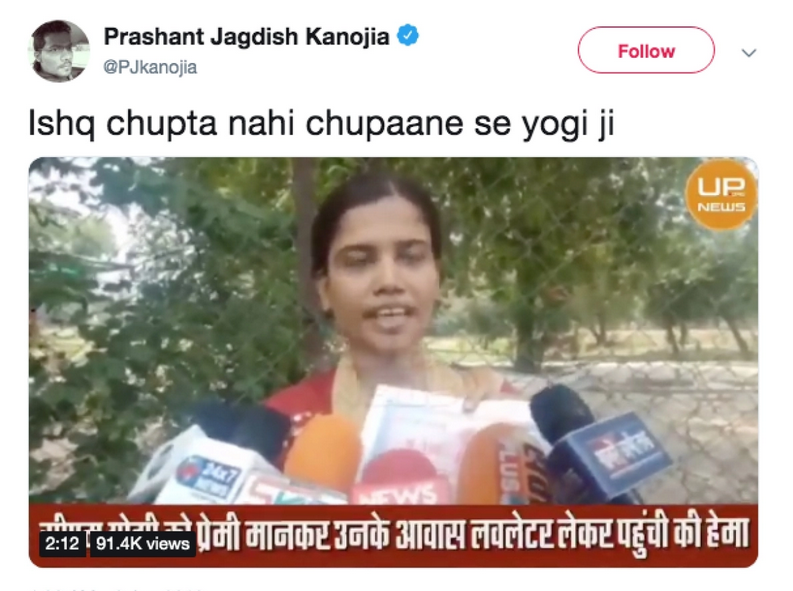 After hearing arguments from both the parties, Justice Indira Banerjee stated that “the right to liberty of a citizen has been infringed”. Though the court made it clear that the social media post was inappropriate, it was stated that the arrest was unwarranted and went against personal liberty.

I think a contradiction arises if we compare this judgment with the judgment delivered by Justice Indira Banerjee along with Justice Sanjiv Khanna in the case of “Rajib Sharma versus The state of West Bengal and Ors” on 14th May 2019.

In this famous case, the accused, Priyanka Sharma, was arrested for sharing a picture (meme) in which Mamta Banerjee’s face was morphed onto actress Priyanka Chopra’s at the Met Gala.

Priyanka Sharma was arrested by West Bengal police on a complaint lodged by a local TMC Leader and was charged for defamation under section 500 of the Indian penal code along with section 66-A of IT Act. The matter was listed before the vacation bench of the Supreme Court on the filing of a habeas corpus petition against the arrest.

The Hon’ble bench of the supreme court while deciding the matter ordered for the immediate release of the accused declaring the action against the personal liberty and fundamental rights under article 19 and 21 of Indian constitution. But the real controversy is not regarding this part of the judgment, the problematic part is the further order of the court in which Priyanka Sharma was asked to apologise for the picture posted on her Facebook account.

Also read: Prashant Kanojia’s Release Is A Victory Of Freedom Of Speech

Further, the court stated that this apology order could not be taken as a precedent. But with all respect towards the Hon’ble court, I believe that the apology order was unnecessary. When it was clearly declared that there was no statutory breach of provisions, what was the reason for the apology order?

In my opinion, the order depicts that Justice Indira Banerjee allowed her sentiments to play a role which was not justified. Comparing both the cases, I believe the Supreme Court has displayed hypocrisy.