I Believe Every Youngster In India Should Watch ‘Article 15’ 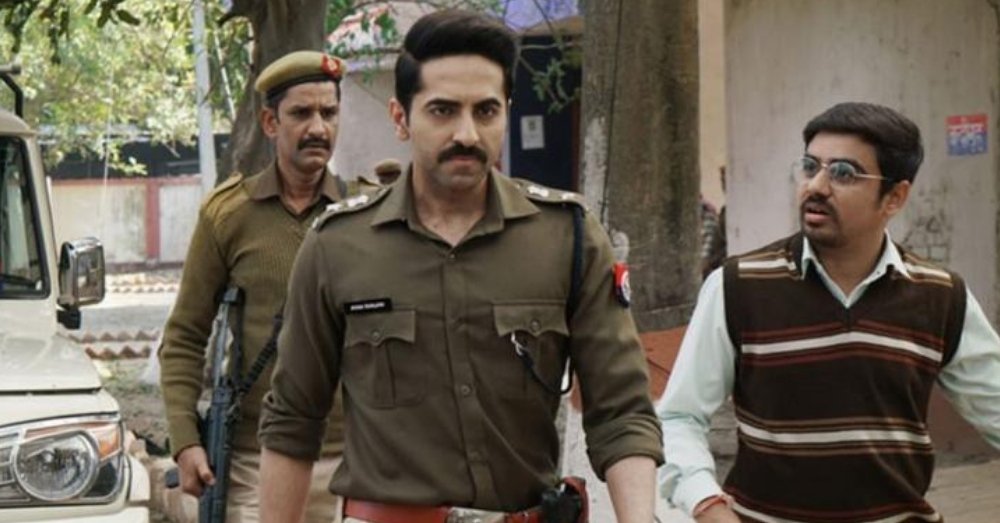 The Ayushmann Khurrana starrer film ‘Article-15’ was released on Friday, June 28, 2019. The film with the tagline “Let’s be Indians firstly and lastly” is focused on India’s Caste system. It shows the terrible face of poverty, law and caste discrimination in this country. It highlights the major ‘Budayun gang rape case’. The girl’s weak economic situation and caste became the reasons for their deaths.

This movie has a strong message for the youth and students of our country. Here are the reasons why they should watch the movie:

The movie is based on Article 15 of the Constitution which talks about the prohibition of discrimination of Indians on the grounds of religion, race, caste, sex or place of birth.

If we take a look at crimes in recent years, we will see a trend emerging; several crimes have been committed on the basis of religion and caste. According to this Time’s article, religious hate crimes are on the rise in India.

This movie also talks about the gang rape of girls from the scheduled caste and depicts the reality of the situation for lower caste people in India. It shows the humiliation and suppression they face on a daily basis at the hands of the upper caste.

Given the current scenario in the country, I believe this movie should be watched by every student and citizen of India. Students today only study about the Caste system in school; they don’t necessarily experience the implications of Caste discrimination first-hand. Young people living in big cities may not witness the problems associated with the Caste system so maybe this movie can enlighten them. It might help them to understand what Dr Ambedkar was fighting for.

I really think that the film should reach every part of the country. Unlike comedy or an entertaining film, it is based on a vital subject. It throws light on the harsh realities of Indian society. Many people living in urban areas think that the Caste system does not affect them; inter-caste marriages might be popular in cities but in rural areas, couples are killed for similar actions. Some people feel that the Caste system has been eradicated or doesn’t even exist in the country. But, after watching ‘Article 15’ they will be shocked.

In the movie, there is a scene where a person ties himself to a rope and dives into an overflowing manhole, the water carries human excreta, industrial waste, and harmful chemicals. He comes out with mud, shit and engine oil all over him. There is no protective gear or bodysuit; no preventive measures are taken. People often die in the attempt to clean overflowing drains. And these people belong to the lower caste and manual scavenging is their profession. The irony is that they work for the upper caste who insult them.

Article 15 is a daring, strong and courageous film that should definitely be watched by students or youngsters in India.