Opposition In The Times Of Modi 2.0 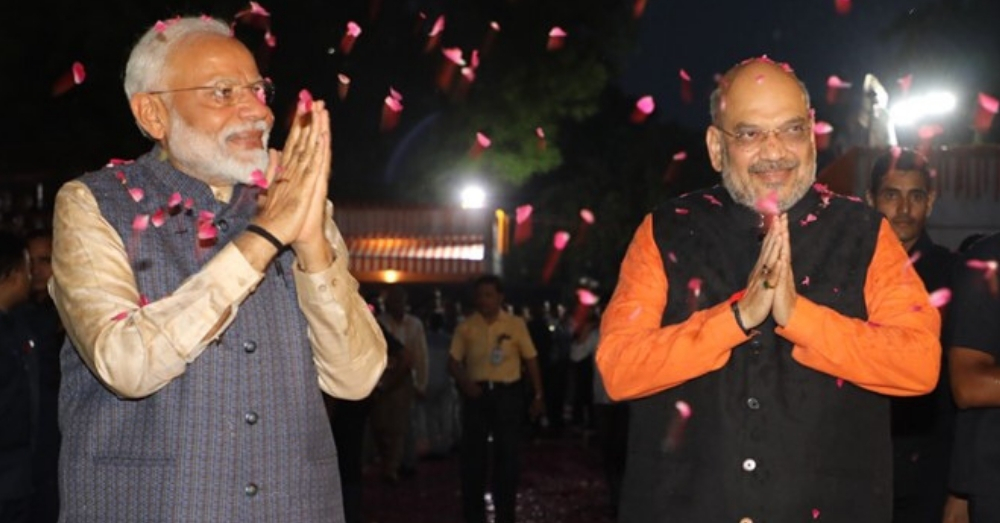 Unchecked power—however delighted I am with the BJP’s deux victory—will ruin the country. Many rue that there is no opposition in this country, not able to attack, let alone corner the government on anything. More importantly, it is emblematic of how unchallenged authority always veers to totalitarianism, without no one to rail or rally against them. Of course, the BJP is no Congress of the 1970s, and our Prime Minister no Indira Gandhi. But the other checks and balances are tenuous at best: the media blatantly and hilariously uninformed on issues; all others, except for the Supreme Court, ceremonial in their castigation.

Invariably, it is up to the supporters of the government, nevertheless, to keep them in check politically, as much as it is imperative for the judiciary to keep the government in check. And what does that entail? India has had a penchant for remonstrating whether it was the Nirbhaya case, the Emergency or against reservations. It works and works effectively as seen in the case of Hong Kong, where people stood up for their sovereignty against China, but in India, it suffers from being trite and tedious as well as apathetic.

Take the case of the apocalyptic water crisis facing India. Due to domestic overuse (and misuse) in water-centric activities such as agriculture; worsened by climate change, and further augmented by a growing population’s ballooning requirements for drinking water supply, the crisis needs immediate attention. Forget attention, because everyone would understand that this is a bad situation and the government can be targeted, Congress gives it the wrong kind of attention. Instead of solutions; they protest.

Congress must understand, and having been in Government for 10 years since the turn of the century; it must know, that people will not respond to protests as they do to solutions. The infantilization of the voter thinking that they only respond to protests is hare-brained. What are you going to do about it? Have you done anything differently in the states you govern? The attacks instead of being nuanced and sensible are still based on the same old formula: if we make noise and appear piously indignant; people will think we have something substantive against the government. This won’t work anymore!

Why did our Prime Minister’s rise seem so stratospheric? Among a myriad of reasons, he opposed the Congress—much like the Congress is trying with the current government—he said he’d be better at governance. Similar claims were made by the Congress, but the crux was lacking in the Congress; while his claims were based on the evidence of the Gujarat model. He said, “I will make the Gujarat Model prevalent throughout India”. Not one of the Congress’ Chief Ministers is as efficient an administrator as they seem to be party loyalists. The Congress in its manifesto talks about water bodies’ restoration mission, which is admirable, but it seems not to implement these when running its own states, states which, under our Constitution are responsible for water management or use points like these against the government.

The spurious argument made about Nehru and Indira facing no opposition cuts no ice. Nehru had Dr Syama Prasad Mookerjee, someone with even fewer seats than the Congress now, and was formidable to the extreme. Indira Gandhi had lost when the opposition came together. Even more importantly, having no opposition and by default, getting back into power is not something that anyone should aspire for in today’s times.

Consider the Indian Parliament: the Congress beautifully made another mistake by making a rather tepid member as their leader in the Lok Sabha. Someone who I predict will be lacking in the vigour needed to counter the government, made all the more urgent by securing only 52 seats. His belligerent pedantry might be taken as a passion but will never be seen as a credible effort to oppose the government. However much I disagree with him, Dr Shashi Tharoor would have been an excellent option. Another opportunity lost.

Regional parties will either be constricted to their constituencies or lack the unifying appeal to come out as a reasonable alternative. These five years were a propitious epoch where the Congress could have been a dignified and precise opposition in terms of their attacks on the government. Opportunity lost. It seems as though it is more of the same: walkouts and interruptions at the slightest opening—same things the BJP did, which were certainly not responsible in them attaining power in 2014.

The opposition, hence, must come from within. It is not that this country lacks ingenious ideas, but, the idea to enforce them; to make sure they see keep seeing the light of day instead of being extinguished after a ‘job done’ way of thinking is our failure. That is why it is harder to maintain community toilets instead of constructing them or repairing roads instead of constructing them. Therefore, not the opposition, but the people who voted for this government in the ballot box must be its check. Otherwise, its result will percolate insidiously to us all.

We, the supporters, must be the opposition. Utilising as many forums and platforms to voice critiques against the government. Many in the BJP still think that genuine criticism is either unpatriotic or a nefarious plot by a neighbouring country. In no way is this either sane or should be reflective of the party. It took the Prime Minister to condemn the absurd remarks of Pragya Thakur before any BJP spokesperson did; there should not be any hesitancy to call out the party if it strays off-course or if it partakes in anti-Indian behaviour itself.

The way to do it must be more nuanced. It is said that the BJP and the Communist parties are the only ones who have any ideology. That still precludes addressing that there are various factions in the BJP: a harder right wing as well as a more moderate stance. That is why the supporter’s critique must be based on fending off a particular stance, viewpoint or decision (or indecision) as opposed to the wholeness with which the non-supporter would. In India, this sort of politics is desperately needed. This must and must manifest itself into our politics. More simply put—critical on policy not politics. The Prime Minister very famously has said that criticism is necessary; criticism is a component of democracy. There should be no hesitation in this.

Look at the Conservative Party now in power in the UK, or the Republican Party, now with a Republican President and a majority in the US Senate (and until January 2019 a majority in the House of Representatives); here, many dissidents of the parties openly critique their own parties. Senator Rand Paul votes against bills from the Trump administration, while supporting others from the same, similar to the ERG (European Research Group) in the Conservative Party, both feisty in their repudiation of certain actions of their party. The BJP had made small strides here, when it did not thankfully, expel Yashwant Sinha, Shatrughan Sinha or Kirti Azad for speaking against the party line, although many would argue that they did ostracise in spirit. This inner-party democracy abjectly lacks in our current political atmosphere.

A party’s MP, standing up for their constituency or the party’s ideology would be radical. Our political culture still seeps into heavy groupism, or within those, sub-groupism, rather than individuals serving their constituency. And why wouldn’t they? For in India, it is mainly the party and not the individual who is elected as a Member of Parliament. Expecting criticism coming from a place of love or support might be too far-fetched in India’s body politic. The healthy culture of debate and deliberation this would engender, would be unheard of in India. No longer would a state leader or an MP need to hold his tongue when the Centre does not invest in his state as much as he wants or is necessary.

There would be compelling arguments before taking decisions, and moreover, there would be informed discussion of the issue without everything becoming political. For if the only reprimand comes from the opposition, it is bound to be political. Of course, this would indeed arm political opponents with more ammunition; however, if anyone shies away from accountability, perhaps they should not be in government. The opportunity to be true to the people who elected you as well as not be disingenuous to the party that gave you that opportunity is required.

Also read: What Does Rise Of Far-Right Populism Mean For Liberalism?

Many MPs switch parties when the wind blows the other way; famously so, there are a lot of examples; however, fixed and rooted support lies in ideological backing. It is there, with the confidence that your party at least partly—for it is rare that any political party would 100% reflect the exact views you have—views things as you do. If criticism is to come from such a place as that, then, it is not just genuine but vital for the party to listen.

Many in India are still not ideologically bound; willing to vote for different parties at the state or Centre as well as different candidates. That means on a certain limit of divergences; a party is bound to lose support. In as many words, the supporters must not hesitate to criticise the government for self-interest. To elect his/her government again requires constant accountability. It makes no sense to become the spokesperson of the government, but inexorable, to have a good government to be its pragmatic adherent.