A Final Good Bye To My Icon: Sushma Ji, You Live On

By Gunja Kapoor in Politics

Little did I know that less than a year after I said a teary goodbye to Bharat Ratna Atal Bihari Vajpayee, I will bid final goodbye to Sushma Swaraj, who was synonymous to inspiration for me. As a young girl growing up in the politically charged city of Lucknow, I first saw live proceedings of the Parliament in 1996, when Vajpayeeji was sworn in as the Prime Minister. After he lost the confidence motion, the mood was sombre. For the next few days, I would return from school to find my mother glued to television to follow the developments in the House.

I was least interested since speeches were too complex or maybe they just did not interest me, till I heard Sushma Swaraj. The first thing that my young mind caught was the red bindi on her forehead. It was like the one my mother wore, and I felt a sense of familiarity. I instantly connected with this lady on the screen. When she started speaking, her tone was so well defined, it could compel anyone to listen with rapt attention. I don’t remember the content, but I clearly remember the conviction with which she made her point. Her body language could persuade even a school kid to hear her and nod in agreement.

After that day, I don’t remember missing any opportunity to listen to her on television. Be it on militancy in Kashmir, women’s safety, corruption or on a natural disaster, her arguments had a unique texture that was a fine blend of emotion and rationale.

It is an uncanny coincidence that two leaders who exemplified poise and stateliness in the Parliament, died in the same month, within a span of less than one year.

Sushma Swaraj, the youngest Cabinet Minister of Haryana, at the age of 25, was Vajpayee’s protégé in every way. An uncompromising nationalist who wore her culture with pride, like Atal ji, her words too painted a picture of their own. I feel her speeches were nothing less than the situation itself. Even when she lost her cool, she maintained the grace that was becoming of a Bharat ki Bitiya.

Just like Vajpayee, she too was as ‘Ajatshatru’ till her last breath. Her political adversaries never treated her as an ‘enemy’. In fact, during her last political office as External Affairs Minister, she received overwhelming support across ideologies for she addressed people’s grievances with alacrity and stood with citizens in times of personal grief, through a basic technology tool like Twitter.

She was very well entrenched in her ideology, and it reflected in her speeches. In the famous speech in 1996, she beautifully illustrated how the right contender of Chair was always denied of his right, be it Ram, Yudhishthir or Atal Bihari Vajpayee.

While today we speak of selective outrage on a daily basis, it was in this speech where she spoke on singing Vande Mataram, on the abrogation of Article 370, the Uniform Civil Code, on respecting the tri-colour, on Kashmiri Pandits, and on the killing of Sikhs. While these appear to be arguments straight out of our social media timeline, actually, these are issues Sushma Swaraj fought for all through her life.

Despite being heckled and interrupted in the Parliament, she conducted herself with exemplary dignity. Her words never went bitter, her tone never went sour. She maintained the ‘maryaada’(respect) of letter and spirit, doing justice to her ideologue Atal Bihari Vajpayee. I don’t remember making any personal remark on any leader, taking a tacky jibe or digressing from the issue to add spice to the subject.

Today, she appears far ahead of her time and lived to see some of her goals reach fruition.

When we prepared for debate competitions at college, we would tell each other to ‘copy’ Sushma Swaraj. Her personality was catching beyond reason – right from wearing sarees to tight-lipped corporate meetings abroad, to being proud of our national identity, to speaking in Hindi at public events, there is hardly any dimension that she did not influence.

In her moving speech on International Women’s Day, March 8 2013, she said “364 days you beat us, on the 365th day you greet us. It is mere formality to discuss issues and later forget all about them.” She suggested that instead of merely discussing issues if we select one relevant issue related to women, work on it, and assess our performance in the subsequent year. That part of the speech where she presented the stark contrast between lives of women in India, from one being a Prime Minister to one being sexually assaulted at the age of 2, shows the strong connection she shared with ground realities.

I think she represented a progressive vision of India on diplomatic forums, retaining her cultural and national ethos. 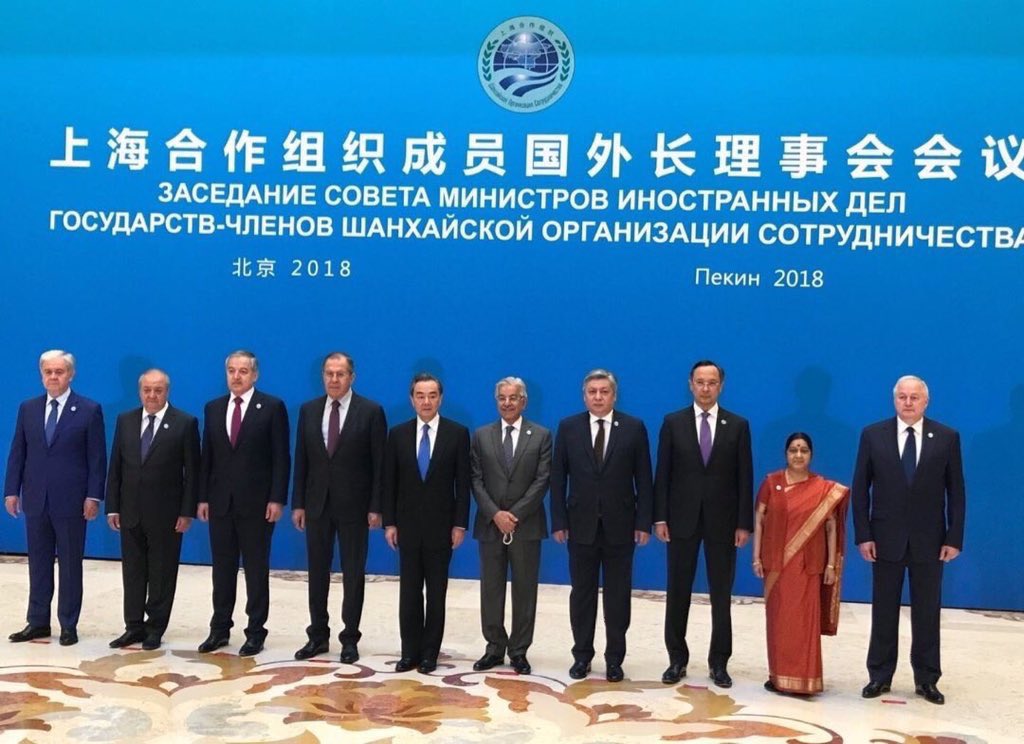 As I grew up, I observed that her conduct in public life became a template for a lot of us who stepped out of homes to chase our dreams. The kind of respect that she commanded across socio-economic-ideological-cultural lines vindicates the choices she made, ranging from words she spoke to people she interacted to causes she supported.

Her last political stint, in which she made herself accessible to a nation of 1.3 billion people, 24*7, made her the people’s Minister. If there was ever a People’s Choice Award for the Best Minister, she would have been the obvious choice. She successfully lifted Indians from Yemen, rescued Indians from Iraq, was seeking a suitable groom for Geeta who was brought back from Pakistan and helped countless families with visa support in times of emergency.

In a very touching tweet, she wrote to a girl, “Aliya – I was concerned about your well being kyonki betiyan to sabki sanjhi hoti hain” (I was concerned for your wellbeing because daughters are everyone’s concern.). On one occasion, an Indian lost his passport and he would have missed his wedding had it not been for Sushma Swaraj who helped him on humanitarian grounds, though did scold him like an elder family member.

She left no stone unturned to fight for Kulbhushan Jadhav, exposed Pakistan’s allegedly tacit support to terrorism at the UN General Assembly, evacuated foreign citizens from Nepal during the earthquake among other milestones she achieved. Evidently, the 7-time parliamentarian clearly dedicated her office and life to the service of the nation.

Not many people know, she wore colours based on the day of the week, spoke multiple languages including Sanskrit and Kannada, and is the only woman to be honoured with the ‘Outstanding Parliamentarian Award’. Hers is a life that is an institution built on the foundation of value, and hard work and merit.

I never knew my fangirl moments would end so soon. There are people whom we don’t meet, but imbibe within us and they become an integral part of us. The indelible mark left by Sushma Swaraj in my life will always remind me of the values I need to adhere to, and this is how I shall pay a tribute to her for as long as I can.
Om Shanti.