The real superiority is not in always being right but in having the grace to admit when you got it wrong. 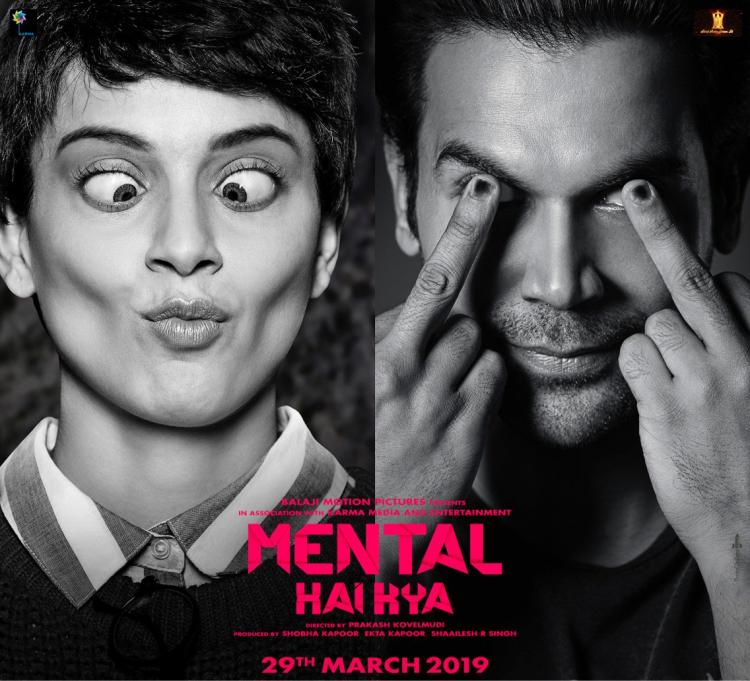 A few months back I wrote an article on a new movie that was coming out in the theatres by the name “Mental Hai Kya”. I talked about how the movie used stigmatising lingo and imagery as a promotional tool to garner more publicity. In the time since then, thanks to the efforts of many fellow mental health activists, the producers agreed to change the name of the movie to “Judgemental Hai Kya” (Are you judgemental?). With the new name, the movie hit the screens last week and I couldn’t wait to watch it.

Today, I am going to share my views on the movie from a mental health perspective. I am not a movie buff, so don’t have the authority to comment on the pacing, direction or plot of the movie but I can talk about the central premise of it. Mental illnesses and how they affect an individual.

The movie revolves around the story of a girl named Bobby who works as a voice-over artist in the Indian film industry. In her childhood, she lived in an unstable home with her father physically abusing her mother. In those times, Bobby would hide under her desk while they fought. It was here that we first see her noticing a cockroach on the TV screen. One day, while they were fighting on the roof, she tried to intervene and make them stop. Her parents slipped and fell off the roof, dying instantly. She lived the rest of her life mostly alone but a cockroach always used to follow her around.

It is revealed later in the movie that Bobby has Disassociative Identity Disorder (although I believe it is a misdiagnosis but it is what the movie told us). A disorder wherein the patient takes on one or more identities or alter egos. It is with this diagnosis that the movie moves forward. It is important at this juncture to state that there is always a difference between how things are and how they should be. With this in mind, the movie is a brilliant depiction of how a mentally ill person is treated in today’s India but it is not a story of how they SHOULD be treated.

People who meet Bobby call her crazy, violent, psycho, mad and so on. It is something that is commonly seen with anyone who has a history of mental illness. People are always afraid to be around her and display a sense of apprehension. There was hardly any call for a compassionate treatment and every outburst of anger or paranoia from her further isolated her socially. Something that continues to be hauntingly true in today’s India. Of course, if the creators of the movie wanted to have a social message or try and produce an impact on the state of mental health care in India, they could have done many things differently. But the question is, must they? Is there any responsibility on them to deliver a socially positive message while taking on an issue as sensitive as mental health?

The answer is no.

This was the other side of the movie. It was the debate of where artistic freedom ends and social responsibility begins. It is apparent in many places in the movie that the creators are trying their best to isolate the case of Bobby as much as they can. They are not making any sweeping generalisations or stigmatising the mentally ill as a whole group. There were some scenes where the protagonist spends time in a mental health asylum/hospital. She is not shown interacting with any other residents there and the authorities are shown as passively compassionate as well. I say passively compassionate because they don’t actively display any signs of compassion but compared to how mental hospitals have been depicted in Indian movies in the past, this neutral portrayal of a mental hospital as any other hospital was a breath of fresh air.

The creators could have easily sneaked in a few scenes of Bobby interacting with other residents and learning about how they are human beings as well and not just ‘crazy’ people but they decided not to include any of that and that’s ok. We don’t need to hold any grudges against them for exercising artistic choice.

Basically, the creators decided that we are not going to deliver a positive or negative message about the mentally ill. We are not dealing with a whole group of mentally ill people. We are going to create a story around our main character who has a mental illness.

Throughout the movie, the impeccable acting of Kangana Ranaut (Bobby) held the fort up for me. She expressed the disorder her character had to live with. When Bobby was scared or apprehensive, I could feel it. When she felt paranoid, I could feel it through her expressions and talking style. That was something I feel the movie did really well. They also showed that people who stop their medicines abruptly start showing signs of their illness again and that was a good thing to see. There was a scene of confrontation between the two main characters later in the movie where Bobby is confronted with her hallucinations and false realities by Rajkumar Rao. It had one of my favourite lines from the movie.

“You have voices inside your head Bobby! They are going to kill you. You have to save yourself.”

There were some things that the movie got terribly wrong though. Just before the interval, Bobby is shown undergoing an ECT. The procedure takes place in a poorly lit room. Bobby isn’t put under anaesthesia and is instead given a toy to bite on as electric shocks are delivered to her brain. Before that, her psychiatrist chides her saying that if she doesn’t take her medicines, her ‘madness’ will increase. ECT without anaesthesia is illegal in India. I have undergone it and I can assure you that you are not given any toy to bite on beforehand. There is no pain felt. Your body doesn’t shudder as it undergoes the treatment. It is also unethical on the part of her psychiatrist to use the term ‘madness’.

It is all these things that made me feel that the producers and scriptwriters got the hard parts right. They showed what having Disassociative Identity Disorder is like brilliantly (although that may have been down to Ranaut’s skills as an actor than the script). They gave a good depiction of what society thinks when someone has a mental illness. BUT. They got very easy parts wrong. The depiction of ECT as a shady practice and unethical doctors could have been easily avoided.

Overall, the movie was mental health neutral. It didn’t have an overtly negative message about those who have a mental illness. Neither did it have an overly positive one. With the movies that have been made in the past on mental illnesses, neutral actually feels good to me.

I remember the caution I had exercised in criticising the movie when I wrote my previous article. I did get a sense of ridicule from other fellows about why I was being optimistic about a film that was obviously going to be damaging. I am glad to say today that the film wasn’t as bad or as damaging as I (or others) feared it would be!

I am glad to say, I was wrong!