This Trivialisation Of OCD Must Stop

The other day while having lunch at a restaurant, after the waiter had put the cutlery on the table, one of my friends wiped her plate again with the tissues, something that she does always, not fully convinced that the hotel staff had done their job. ‘She is so OCD!’, laughed my other friends. ‘So OCD’-a phrase that has become fashionable, at least in the last 10 years, in my memory. I have myself used this statement not too long ago, for someone who is very meticulous, very organised, likes to have things in a certain way. But after seeing a close family member battle this monster for three years- a period that was fraught with fears, tensions, sadness and pain for all of us in the family, I loathe using this phrase in such a careless, casual way. In fact, I now see this as gross trivialisation of this serious and debilitating mental disorder called obsessive-compulsive disorder or OCD.

And I suppose pop culture is, in no small measure, responsible for this. It has, in fact, succeeded in convincing everyone that people who are a bit too organised, who like their homes to be clutter-free, or are fastidious or meticulous in their appearance and grooming, or even have a bit of a germ phobia ‘are so OCD’. No, they need not necessarily have OCD. OCD is at a different level altogether and requires a clinical diagnosis. And in those movies and sitcoms, where characters are explicitly shown to have OCD are portrayed either as freaks, weirdos or even worse as someone with superpowers.

And given how much misinformation there is about mental disorders and illnesses anyway, this does not bode well for actual sufferers of OCD. Their traumatic experiences are grossly trivialised and made fun of.

What Exactly Is OCD? 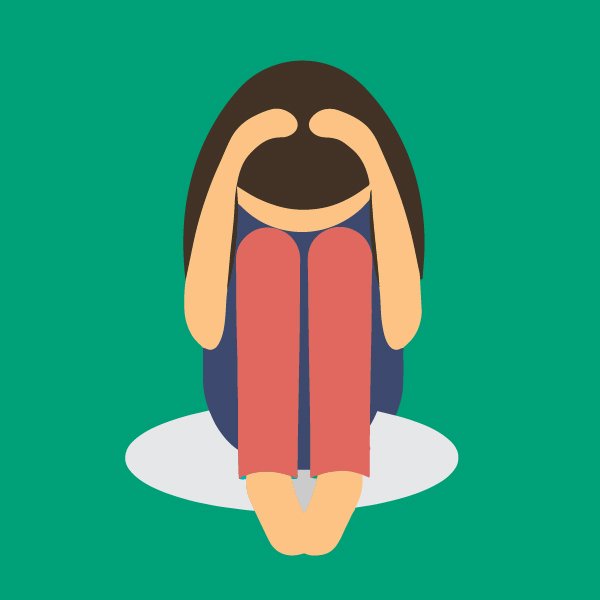 Though it is difficult to capture the essence of this bewildering illness succinctly in one sentence, it can be described as a mental condition that is characterised by uncontrollable, recurring negative thoughts that a person has and behaviours, that he or she repeats over and over again to keep those fears and thoughts at bay.

A sufferer is disturbed by these thoughts and fears, and compulsively performs certain rituals and actions to allay these fears. OCD takes different forms – it could be in the form of contamination obsessions, harm obsessions, religious obsessions, sexual obsessions. Sufferers find it hard to break this vicious cycle of intrusive thoughts and obsessions. And at its worst form, it bewilders and scares the sufferers and their families, causing breakdowns, tensions and terrible unhappiness. It takes years of medication and therapy to help sufferers manage their condition or to even make sense of it.

So yes, the classic pop-culture example of constant washing of hands is the result of contamination OCD. A subset of OCD in which a person who has contamination or germs related obsession, is attempting to allay his/her fears by ritually and compulsively washing his/her hands. Persons suffering from other forms of OCD exhibit other forms of compulsive actions and behaviours. In short, the life of OCD sufferers (depending on where they are on the OCD spectrum-OCD symptoms can range from mild to severe) becomes restricted, stifling and full of fears and anxieties, thanks to the relentless intrusive thoughts that they keep having and the rituals that they keep performing.

The exact cause of OCD is not fully known and it is very difficult to pinpoint as to when and how a person falls prey to OCD. It is usually the result of a complicated combination of genes, neurology, personality, environment and external stresses. It is by nature, a highly manipulative and confusing disorder. It takes a while for sufferers to know what’s happening to them and by the time most of them decide to seek help, the disorder has already taken control of the very natural and justified need for certainty and security and turned it against them.

It tricks and manipulates a person into believing that even a normal, ordinary situation is fraught with dangers. That’s the reason why OCD sufferers may find it excruciatingly difficult to travel by air, go on a hike, travel by public transport, to be in an enduring, committed relationship or to even navigate the daily routines and anxieties of life-things that come easily enough to the rest of us

OCD Is Not A Cool Adjective!

The estimates for India are sketchy, but it is estimated that 1 in 40 adults in the US suffers from OCD. The WHO has also listed OCD as one of the top 10 most debilitating disorders to afflict mankind.

There is good news though. The mystery around this disorder that has, at times, baffled even health care and medical practitioners is slowly being unravelled, one day, one research finding at a time. Researchers have made encouraging breakthroughs in understanding and making sense of this monster though it will be quite a while before it is completely understood. Improvements in medication and cognitive therapies (though ERP still remains the gold standard for treating OCD. You can google ERP to know more about this therapy) mean that sufferers have more and better options to manage their condition. And people with OCD can and do lead rich, fulfilling lives.

Also read: Dear Hotstar, Ocd Is Not A ‘Trend’ Started By Friends

OCD is tough and brutal, and sufferers have a hard enough time managing their symptoms. Let’s not make it harder for them by trivialising it and making cringe-worthy jokes on it. Let’s remember that OCD is not a cool adjective to be bandied around in polite company but a chronic, debilitating disorder that has the potential to wreak havoc on sufferers and their families. We need to act responsibly and sensitively towards sufferers of OCD and by extension to anybody who suffers from any other mental disorder.

Abroad, such callous and insensitive portrayals of OCD sufferers in pop culture has been called out repeatedly by doctors, therapists and sufferers alike. In India however, where so much misinformation, misconception and stigma about mental disorders already exist, it is going to be a challenge. We have only just started talking about depression, so I reckon OCD is still miles away. In the meanwhile, we can learn more about OCD and stop misinformation at our level and extend our empathy and support to anybody we know who suffers from it. And it would be great if doctors and experts can come forward and talk more about OCD to dispel the nonsensical misconceptions and myths that surround it.

Seriously, the discussion on OCD is long overdue and I hope it happens soon.