Are We Not Responsible For The Cleanliness In Our Country?

By Jagriti Singh in Society

“What separates two people most profoundly is a different sense and degree of cleanliness.” – Friedrich Nietzsche.

I believe we are responsible for the uncleanliness in our surroundings and in making India one of the dirtiest countries in the world.

The first reason is that we, the citizens of India, are fond of blame-games and complaints rather than taking initiatives. We can spend hours in posting an article blaming the government, its policies, NGOs but we can’t spare just 20 minutes to fix a nearby pothole.

We, the humans, are rated as the most brilliant creatures, but it’s an irony that we can’t even keep our environment clean.

I would also like to shift the focus towards the so-called smart people of the civilised society who clean their houses and even their gardens but end up littering their nearby streets. These so-called smart people behave as if the flies feeding on garbage nearby would knock on their doors and seek their permission before spreading the diseases! 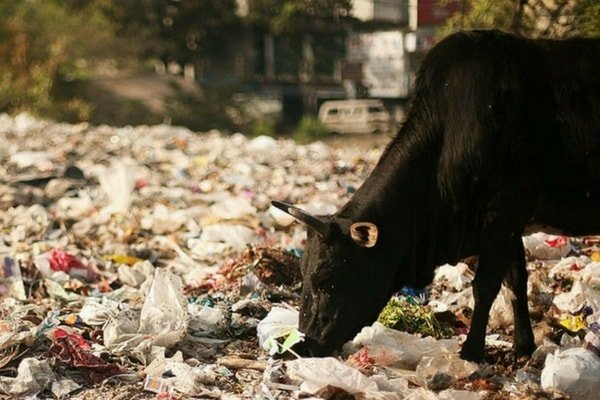 Does keeping your house clean but littering the surroundings fit your definition of cleanliness?

Now comes the careless attitude of the public. We see half-filled dustbins with litter around them because we are incapable, actually unwilling to spare just five seconds to throw the garbage properly into the dustbin.

We expect credit, applause, appreciation but we never realise that we need to put more efforts than just holding a broom and getting a picture clicked for Swachh Bharat Abhiyan!

Some people will complain about what can we do alone; we neither have enough money nor enough resources. But the best thing is, when we do something good, people will follow. So the only person who can stop you from doing something good is you.

One of the most popular mentality which has a vital contribution in uncleanliness is the attitude “Chalta hai” (It is okay). Why don’t we bother to shift that attitude from “Chalta hai” to “Kaam Chalu”? Just a mere change in our attitude can do wonders.

We are the first generation to feel the environmental degradation and the last generation who can do something about it. So let’s join hands and direct the youth’s energy for the betterment of our nation, and show gratitude to our motherland in the real sense. Let’s start with ourselves!

Also read: Is Our Diet And Food Culture Accelerating Climate Change?
You must be logged in to comment.

If You Score 6/10 On This Quiz, You’re A True Champion Of Women Rights In India!

Say No To Manels! Here Are 3 Ways To Organise An Inclusive Webinar