By DRISHTI VERMA in Business and Economy, GlobeScope, News 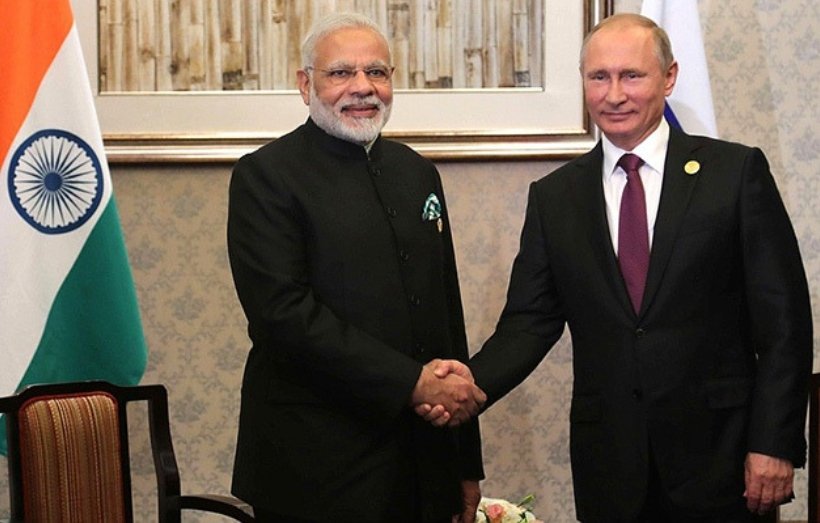 On Thursday, the Indian Prime Minister launched the “Act Far East” Policy with Russia as he announced $1 billion Line of Credit at the fifth Eastern Economic Forum in Vladivostok for the development of the far east region of Russia.

Firstly, it will open up investment opportunities for India in the region. Last month, various Indian companies had signed 50 agreements for investment in areas such as energy, education, health, mining, skill development and timber, which was of worth billions of dollars. Along with a boost in the maritime trade with the Russians, this policy would also facilitate India to grow its maritime trade with other European countries via the arctic route.

Secondly, India’s dependency on the west Asian countries for its energy demands can be diversified. The far east region is rich in energy and minerals. Along with this region, this policy will also help India to access the arctic region via the far east route, which is again rich in energy resources. Such diversification would help India get alternative options to fulfil its energy demands.

The policy will not only be significant for India but Russia as well. There has been an increasing presence of China in the far east region. This has been a concern for Russia, and with this policy, Russia will get an opportunity to diversify its trade relations not only with Modi but also with Shinzo Abe. This is because, along with India, Japan, too, wants to increase its political and economic ties with Russia. Such a move will definitely provide Russia with an option to keep a balance of its dependency on China.

Lastly, the Act Far East policy would enable the two countries to deepen their bond with each other and further their diplomatic and economic ties. The investment agreements will go a step beyond the area of energy and defence.

With the increasing significance of the Indo-Pacific geopolitics, the interest that India is showing in keeping its historical friend close will also ensure it to keep up some balance in the current clinch between Russia and China. It might also prove to be of significance for the two countries at the time of the ongoing U.S.-China trade war.

Also read: ‘India Will Restore 50 Lakh Hectares Of Its Degraded Land By 2030’, PM Modi
You must be logged in to comment.

The Impact Of Technology On Industrial Policy And Employment Creation