By Umesh .P in Gender and Sexuality, News

We the members of sexual minorities of this country and from the state of Karnataka condemn the statement containing the word “Hijra” by Mr KS Eshwarappa, the minister for Rural Development and Panchayat Raj.

We as Karnataka Sexual Minorities Forum, Samara Society Yashwanthpura and Jeeva, organisations and the members of sexual minorities condemn this statement and are protesting and demanding a public apology by the minister for his statement. 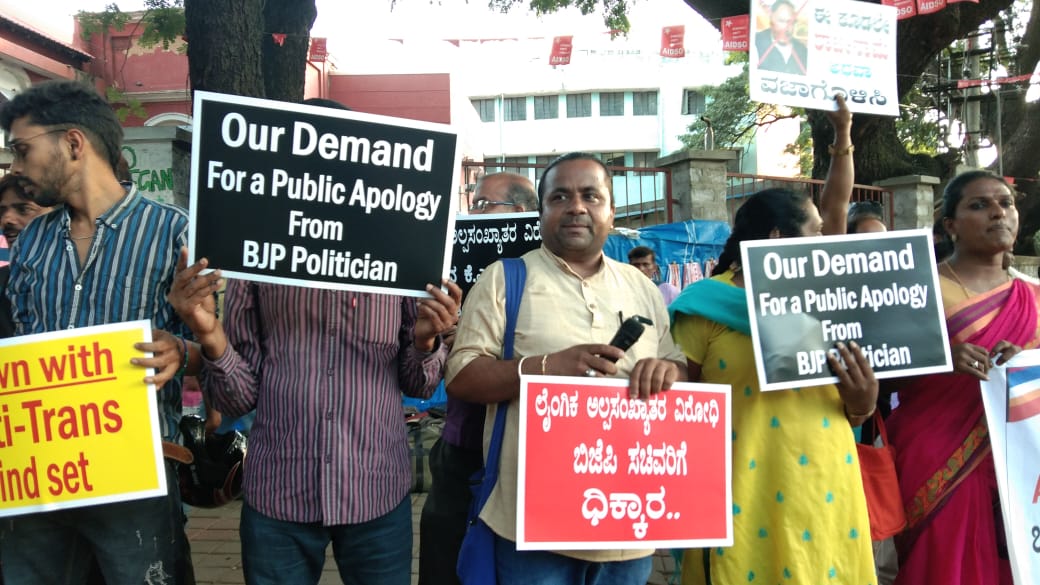 As a responsible minister, making such an irresponsible statement is not correct. You, as a minister, are handed with the duty of supporting the development and welfare of oppressed communities. We, as sexual minorities, have been fighting against the usage of such derogatory words and working towards bringing larger social change for over a decade.

In 2010, your own government came forward as the first with a development initiative aimed towards the communities we belong to. But now, by using the word “Hijra”, you have insulted the dignity and respect of gender minorities. Our demand is that the minister issues a public apology.

Using one oppressed community to degrade another minority community will not bring credit to your ministerial position. Mr Eshwarappa, we may be hijras, but ‘our mentality’ is not hijra. In fact, it is your mentality that seems filthy. Please understand that we are also human beings.

Also Read: Do You Know Your ABCDs Of LGBT?

We will rigorously protest if you continue to use such derogatory words in the future.