How Climate Change Is Going To Affect The Spread Of Diseases

By Prabhat Misra in #WhyOnEarth, Environment

We are living in the 21st Century, the ‘century of climate change‘.

Other equally important diseases, which will spread and become more prevalent due to climate change, include respiratory allergies due to increased human exposure to pollen, moulds, air pollution and dust, cancer risk due to increased duration and intensity of ultraviolet (UV) radiation, and heat-related illness and deaths.

It is very challenging to predict the future of these diseases, as they will be affected by future global environmental changes. Recently, scientists have developed a new predictive model to know about these diseases, especially the ‘Ebola Virus Disease’ (EVD), which will be developed by 2070.

According to a research published in “The New England Journal of Medicine,” April 2014 issue, fruit bats of Pterpodidae family, are natural hosts and potential reservoirs of the most lethal Ebola virus known, named Zaire ebolavirus.

The Zaire Ebola was the causative agent of the outbreak in Western Africa. It has been described by the WHO as the worst in history. The Zaire Ebolavirus strain is the most lethal of the six known strains, (including the newly discovered Bombali strain); it is fatal in up to 90% of cases.

The natural reservoir of the virus is thought to be the African fruit bats. Ebola is transmitted through direct contact with the blood or bodily fluids of an infected person or through objects contaminated with Ebola. Infected “bushmeat” of bats or gorilla, usually serves as the first exposure to the disease. The incubation period of Ebola virus can range from 2 to 21 days.

The symptoms of Ebola virus include fever, sore throat, diarrhoea, and internal and external bleeding, with a fatality rate approaching 90 percent. There is no cure and no known vaccine of EVD, although efforts are going on to design the vaccine. 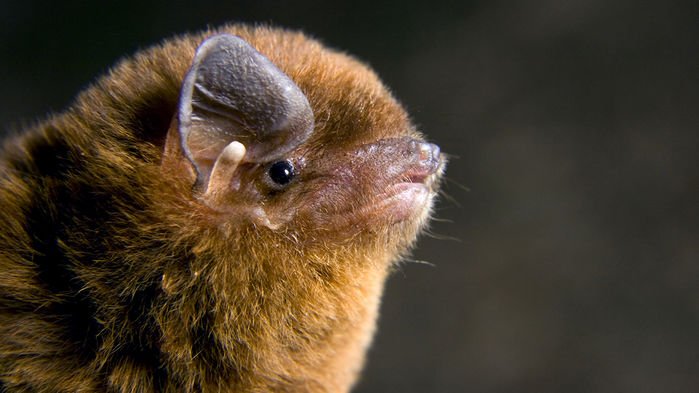 Pic: The viral RNA fragments were found in an oral swab from a greater long-fingered bat (Miniopterus inflatus), captured in 2016 in Liberia’s Sanniquellie-Mahn District, which borders Guinea. Source: Science

A New Model To Predict The Future Of A Disease

As this article explains, “They back-tested the model to check its validity and confirmed that the model was able to successfully predict past outbreaks. Then, they “pointed” it in the future. They found that unless action is taken to limit population growth, greenhouse gas emissions, and social inequality, the likelihood of new outbreaks will rise significantly. Poverty and climate change, in particular, are two main contributors to outbreak risk.

The problem with climate change is that it makes more environments available for disease-carrying species.”

According to WHO, climate variability has a direct influence on the epidemiology of vector-borne diseases.

Also read: Climate Change Is Not Just The Govt’s Problem To Solve; All Of Us Need To Get Involved

The Ebola virus risk will be compounded by increasing populations, which in turn, will push people to new areas of previously untouched forests (home to bat species which can transfer the disease).

“The model is not an exact prediction but the statistical predictions it makes can be extremely useful. This new model predicts where Ebola might strike next. For instance, the predictions pointed to potential outbreaks in places such as Nigeria, which have not yet had an Ebola epidemic”, this article reports.

These areas, prone to a probable Ebola outbreak, could be prepared so that the nation can save numerous lives. Thousands of people died due to ‘2013–2016 Ebola outbreak’ in West African nations.

The model also predicts where the disease might spread to other parts of the world, via airlines. Western Europe, the US, Russia, China, India, and much of Asia are prone to import some EVD infected individuals.

The model suggests further outbreaks could occur across most of West and Central Africa. Trends suggest a 1.75 to 3.2-fold increase in the endemic rate of animal-human Ebola viral spill-overs in Africa by 2070 if no action is taken.

Researchers of ‘University College London, found that “unless action is taken to limit population growth, greenhouse gas emissions and social inequality, the likelihood of new outbreaks will rise significantly. Poverty and climate change are two main contributors to outbreak risk. For example, the incidence of Ebola will rise and the area affected by “spillovers” (transmission of Ebola from animals to humans) can rise by 15%.”

This model will play a very important role in predicting diseases and will be helpful to make a possible strategy to control the disease before it takes the shape of an ‘outbreak’.

This post has been written by a YKA Climate Correspondent as part of #WhyOnEarth. Join the conversation by adding a post here.