Sheryl Crow penned down this song in 1996 upon her return from the war-torn regions of Bosnia. All of us have read that the 20th century was the bloodiest of all centuries in recent human history due to the frenetic pace of arms-race and mutual suspicions which ultimately resulted in the two world wars. Millions died, and millions are still facing the consequences of those two wars. The era afterwards, that is, after 1945 has been seen as an era of relative peace and tranquility.

I despise the word ‘relative’. You prefix it before acts, no matter how gargantuan the immensity has been to the people ravaged by them, it diminishes their significance. It makes the situation look better. It allows people around the world, who are oblivious to these atrocities, remain so.

I hate to break it to you all, but the world hasn’t been without war at all. It has been quiet rather than peaceful—largely due to the general disinterestedness which shrouds the collective conscience of the globe.

One region or the other is always being destroyed at the hands of one super-power or the other. The geopolitics is always at play. Countries are perpetually engaged in games of one-upmanship to gain resources, whether material, hegemonic or otherwise. The general public, including the innocent children, women and the elderly are the ones left to face the consequences of such interventions, foreign or domestic in forms of death, destruction, migration, displacement, etc. This song aptly puts into words the crux of the issue. 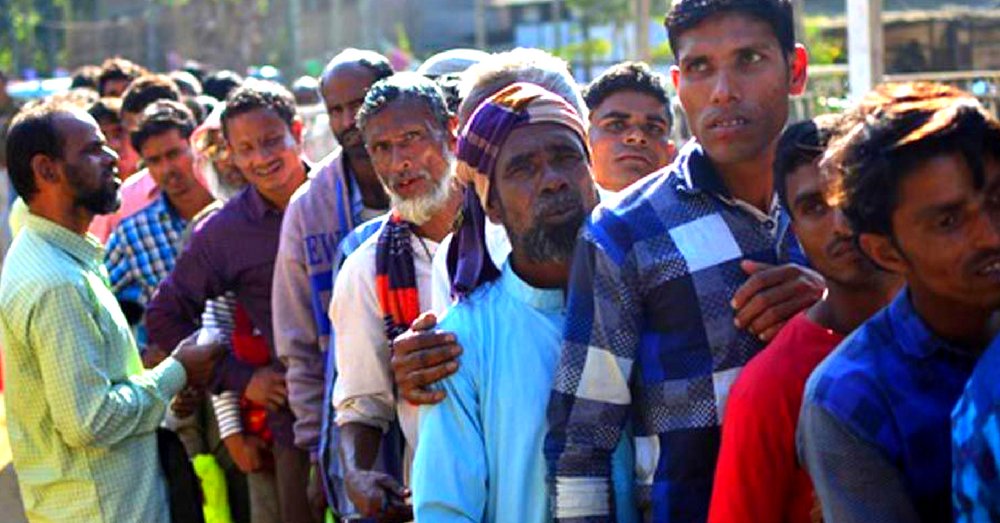 Our own country is no exception to this general norm, which is prevalent among great powers and the public living therein. The National Register of Citizens in Assam is likely to render nearly two million people stateless. The situation in Kashmir needn’t be mentioned. These issues need to be felt. Imagine if you were one of the people who was living in Assam for the last fifty years or so. You’ve made Assam your home, the people there are your family, and you consider this country as your nation. Suddenly there is a government fiat which renders you stateless, meaning you no longer are a citizen of this country. How would you feel in that situation? Knowing that tomorrow you will belong nowhere, what would you do?

I know we cannot do much about these issues. But at least we can be empathetic towards the people who are suffering. We can try to rid the people close to us of the hate that is driving the general public. Hate almost seems the victor and the triumphal celebrations will soon turn the defeated minorities into mere mute spectators. We can at least join them in spirit.

Aakash Singh in Hindi
July 10, 2020
385
Women Have Representation In The Indian Parliament, But Something Is Missing