Imagine you are living in a country that describes its citizenship by blood while paradoxically comes up with the NRC, which demonstrates that the bloodlines are impossible to sketch on paper. Well, this is the condition of India’s north-eastern state Assam, which shares the international border with Bangladesh. National Register of Citizens (NRC) is a list of Indian citizens that includes all the names and related information for identification, maintained by the Indian Government. It was first prepared after the 1951 Census of India.

Now, why has the NRC been continuously in controversies in recent times, when it is nothing but just a list of legal Indian citizens? Around 19 lakh people in Assam have been expelled from the final NRC list. It was aimed at categorizing the illegitimate settlers, mainly from Bangladesh, who entered India after March 25, 1971, and lived in Assam.

Assam is a region that faces natural disasters like floods almost every year, and this year, too, the people in those affected regions are struggling for their livelihood. They search for relief camps, and due to heavy floods, they lose bighas of farmland every year. 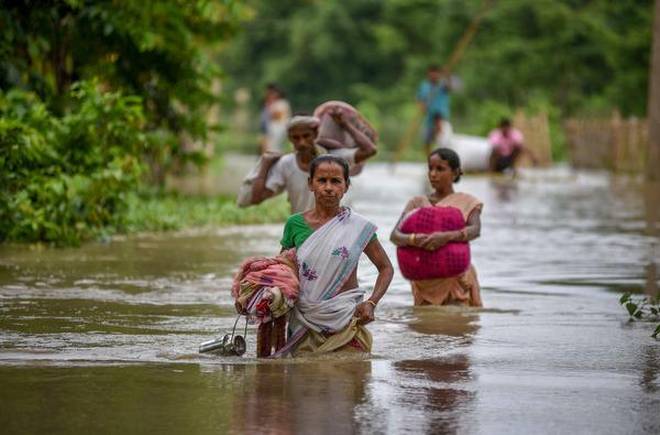 Thousands of people in Assam live in fear, preserving their valuable NRC documents, because, quite naturally, the names get altered over time in decades-old documents. The spellings have been altered from birth certificate to matriculation certificates to voter identity cards. Women get married, and their surnames are changed—so on what basis the decision will be? How will you identify people who are living in a place for ages as illegal?

Just like other places, Assam’s rustic and poor people did not have birth certificates. They had never even celebrated their birthday; their age was just a matter of guess. How will they arrange a piece of paper to prove their identity in these situations? The floods not only washed away the homes of lakhs of people and snatched their livelihoods, but they also washed away their identities this year. What will happen to them when they have indecisive ancestors? Do you think it is possible to tie an entire family’s fate to one ancestral name? Around 95% of the UNESCO World Heritage Site Kaziranga was underwater, and about 30 out of 33 districts in Assam were severely affected by floods this year. In Assam, 1.21 crore Muslims exist, and out of these, around 8 to 10 lakh have not been included in the NRC list.

Also read: For Most Women In India, The Water Crisis Will Be Personal

An unfinished and strange document is leading to chaotic days in Assam, and the whole nation is okay with it. Why I did call it unfinished and weird? Because of the errors. The names were left out or spelt wrong, and sometimes nicknames were entered, and so on. In fact, people criticized their incorrectly spelt surname as words of abuse in the Assamese language. Is this just the result of insensitivity? What do you think? The NRC list found out that there were 1,906,657 illegal migrants in Assam after the five years of a door to door investigation by meeting 32.5 million citizens of Assam.

This post is also a part of YKA's first user-run series, Water Wars, by Zeba Ahsan. Join the conversation by adding a post here.