By Bhanu Prasad U S in Campus Watch, News

A lecture that was supposed to be delivered by spiritual guru, Sri Sri Ravi Shankar, the Art of Living Founder, on a topic titled, ‘Excellence Through Inner Peace’ at Indian Institute of Science (IISc), Bangalore sparked protests by a community of students and faculty members, on 10 October 2019.

For the past week, it was a challenge for a section of this scientific and academic community of students to stop the lecture; they received opposition from other members within the institute, who endorse the guru’s ideas.

The issue began after his alleged comments on some of the pressing issues of contemporary society, including his unscientific reasoning at some of the premier institutions of the country and other settings. The controversial comments made by Sri Sri are as follows:

Earlier last week, a petition by this scientific community started gathering the signatures of students and other faculty members, to stop the event.

The institute’s petition against the endorsement of the guru’s thoughts and views received around 700 signatures. It was submitted to the director’s office on October 7, 2019, and the same day, the event link was removed from the institute’s website.

Interestingly, even though the scientific community was successful in removing the post of the lecture from the institute’s portal, the event went ahead, as planned, in JN Tata Auditorium at 4:45 PM on October 10, 2019, which was also celebrated as World Mental Health Day.

The Screenshot of Sri Sri’s Event Published in IISc Website 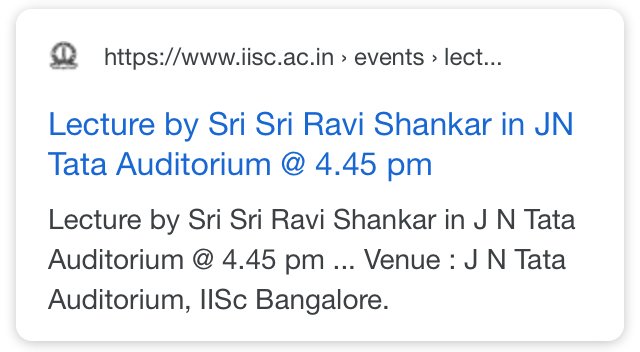 The Screenshot of Sri Sri’s Event Removal from IISc Website 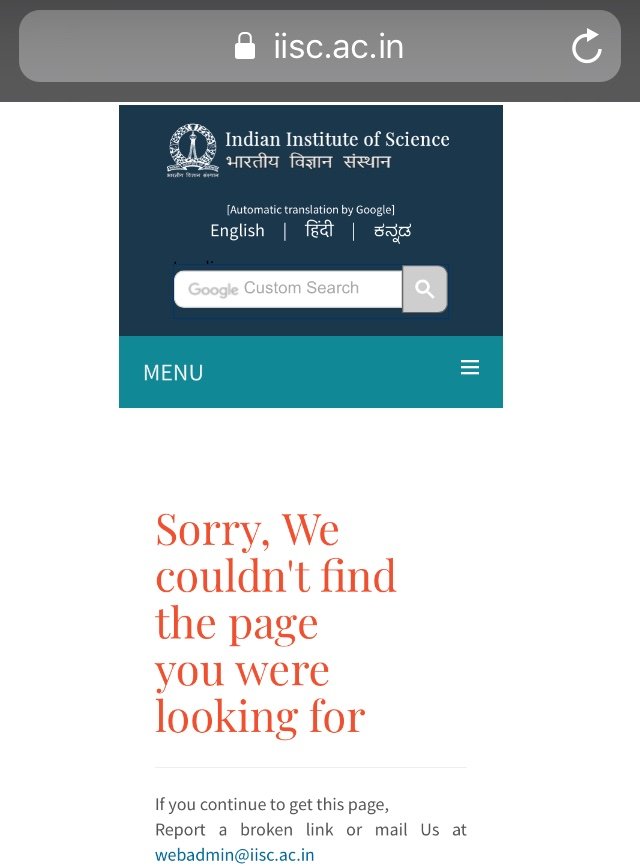 For example, last month, the Union Minister for MHRD, Ramesh Pokhriyal Nishank made a statement at a convocation event in IIT Bombay, which not only sparked outrage among and outside the IIT Bombay academic community but also among the dignitaries on stage, who were sharing the dais with the minister himself.

Pokhriyal said, “According to NASA [United States’ National Aeronautics and Space Administration], if a walking-talking computer, a computer that uses spoken language, were to be a reality, it can survive only because of Sanskrit.” He added, “NASA is saying this because Sanskrit is a scientific language in which words are written exactly the way they are spoken. No other language is as scientific.”

Also read: Are Spiritual Gurus Above The Law? Well, It Certainly Looks Like It In Sri Sri’s Case

If these sort of endorsements by the scientific institutions continue, then there is a great threat to society as a whole. If we begin to rationalise that homosexuality is a crime, and lynching are a justified norm, through unscientific reasoning, and scientific institutions endorse such views, then such illogical concepts will start to become legitimised.

So, therefore, the institute’s scientific community should focus on scientific progress as a part of the nation’s development, rather than the destruction of its basic foundations. As rational citizens, we should all pledge to do so.