By Mrunal Mathuria in News, Politics

As India inducts Rafale on IAF Day, the clear line of distinction between the state and religion has almost been erased. The ‘Shastra Puja‘ stunt by the Indian Defence Minister and its holistic coverage on mainstream media is a subtle attempt by the government and media nexus to propagate hardliner religious fundamentalism. 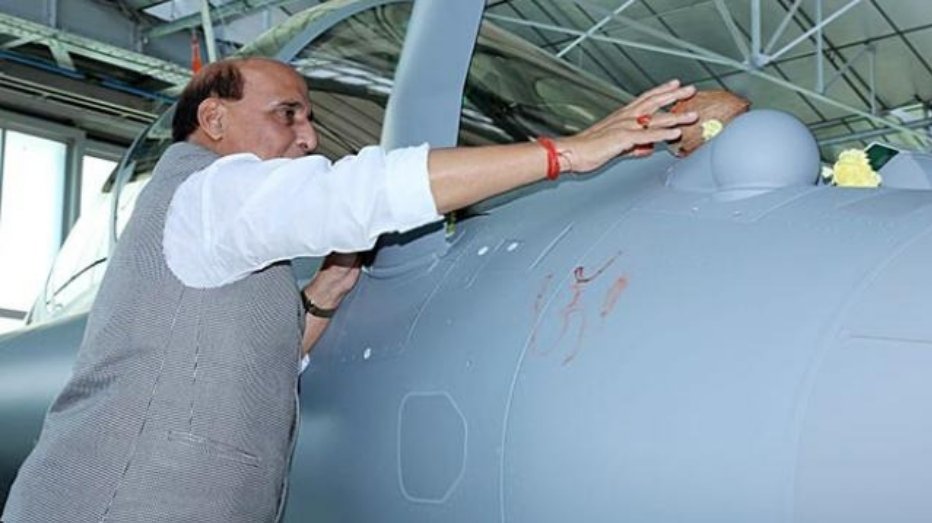 Article 25 of the Indian Constitution empowers the Indian citizens to profess and practise any religion, and at the same time, it also empowers the state to regulate any economic, financial, political and secular activity which may be associated with religious practices. But what if the state itself indulges in religious activities?

This shallow, authoritarian, unscientific and irrational ritual of performing Shastra Puja of Rafale Jet by the Indian Defence Minister Rajnath Singh violates the Supreme Court’s ruling in Abhiram Singh vs. C.D. Commachen (Jan 2017). The seven-judge bench held that under the constitutional scheme mixing of religion with state power is not permissible. Religion will not play any role in the governance of the country, which must, at all times, be secular. Functions of elected representatives must be secular in outlook and practice.

Performing rituals of a specific religion on the induction of a national asset with national wealth is disrespecting the secular spirit of the nation and an attempt to propagate unscientific religious beliefs by the state. Legally, constitutionally and ethically, the elected representatives are bound to protect the secular spirit of the nation and performing religious rituals under the banner of the government shows intolerance and disrespect towards other religions.

This act of performing religious rituals by the government is no less than degrading the country’s democratic ethos. The practice of holding on to a particular religion by the government is known as Theocracy, not Democracy. Iran and Pakistan are such Islamic theocracies, and we should worry if India is heading towards being a Hindu theocracy.

Also read: In 2019, Writing To The PM About Saving Our Democracy Is Considered Sedition?
Similar Posts
Trending Post ›
We Might Be Diluting The Anti-Racism Movement By Confusing Racism With Colourism

Bijasmita in Racism
July 9, 2020
253
India drafting law to increase nuptial age of girls- the need of the hour