Has The Indian Media Forsaken Its Role As The Fourth Pillar Of Democracy?

By Diganta Kotoky in Media, Society

On October 16, two photos flooded the internet, one of a Muslim leader hugging a Hindu guru, sending a clear message that no matter what the judgment the Supreme Court would give with regard to the Ayodhya dispute, India shall remain united. The second one was a Tweet by a leading Hindi news channel, Aaj Tak, which said “Ram humare, janmabhumi humare yeh masjidwale kahan padhare“. 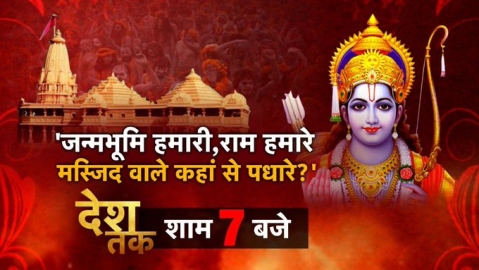 The first one obviously did not get much hype but the second one was discussed by many as it was clearly aimed to spread hatred and to ignite a section of society, the news channel was not only trying to rift up communal riots but also trying to divide our country based on religion.

In a democracy, the main role of the media is to keep a check on the government but in the present scenario in India, it looks like the majoritarian government took away not only the administration but also the media.

The fourth pillar of democracy must focus on unemployment, water crisis, global hunger index, economy, etc, but the media has seemingly forgotten all the ethics and is running behind TRPs. When the media will not play its role in an unbiased way then it’s obvious that the government will take decisions the way the people in power want.

Nowadays, except one or two news channels, none of the channels criticises the government and the one that does criticise or ask questions, are marked as anti-national by the people because the wave is created this way. In today’s scenario, it looks like most of the time the news channels only telecast that news which the present government wants us to hear.

Not only Aaj Tak but various other news channels had telecast biased news about the Ayodhya dispute. Zee News did not even wait for the judgement of the Supreme Court and went ahead with showing an imaginary image of a Ram Temple. The news channels are not holding the government responsible for various issues but igniting communal rifts between Hindus and Muslims.

The news channels telecast news in such a way that they act as if they are the Supreme Court and some of the anchors act like the judge. The evening debates are more like a scripted drama where guests and the host says whatever they like. The government in power also made some easy decisions, and they tend to not send any spokesperson to the news channels that ask questions like NDTV and in most other channels, it is always found that the anchor always takes the side of the government.

After seeing the tweet from Aaj Tak, I wondered who is actually anti-national or the ‘tukde tukde’ gang—the one who asks questions to the government or criticises the government on poor decisions, or a news channel that tries to divide our motherland by playing the religion card?

Also read: On The Question Of Media Ownership: Why It Matters Today More Than Ever