Menstrual Cups: A Safer And Better Way To Bleed

By Rashmi Singh in #Periodपाठ, Health and Life, Menstruation, Society

In Indian households, menstruation has been a topic that remains overlooked forever. Therefore concerns like menstrual health and hygiene, which should have been indispensable, are rarely being discussed either on the internet or through any campaign, which is accessible to a handful of people, leaving behind almost 85% of the Indian women.

I remember having my first period with a state of mind where I had never had any discussions on what a menstruation cycle was. I was appalled and anxious; all my questions stood unanswered. I was only told that I was a big girl from then on, and with time, I would learn how to deal with it. This time of the month started becoming a nightmare for me which I had to survive anyway without telling or discussing it with anyone. I was given cloth to use at first place, later on, I switched to pads when I went to the hostel—which I found much more convenient and comfy, of course.

This above-mentioned situation is as common as periods for every girl in a middle class society. Now, there are thousand other taboos associated with periods which make it even worse than they already are. These taboos vary from place to place. In some villages, they might be more vicious than the other. But, not entering sacred or holy places and touching sacred things remain common everywhere, makes any sense? Yes, in India.

Despite many movies, short movies, videos, awareness campaigns and articles flooding the internet, menstrual health and hygiene is in a constant state of abeyance in our country. While things like the menstrual cup were invented back in 1937, in India, women are still using cloth and convincing women to use a pad is a Himalayan task mostly in rural areas.

Today, we have a lot of things to combat periods like sanitary pads, cloth pads (reusable), disposable panties, tampons, menstrual cups and many more off my knowledge. But in India, only sanitary pads are being marketed and channelled all around neglecting all the other means. Which is the biggest reason that in India, roughly 6–7% of women know about these additional methods to survive their periods.

Would you prefer using a menstraul cup during periods?

Menstrual Cups: Magic And Myths Associated With It

Talking about menstrual cups, they are used during menstruation as a safer and better way to bleed. The menstrual cup is inserted inside the vagina. It stays there up to 8–10 hours collecting all the blood which is washed and placed again until the period lasts. In western countries, it has been in vogue ever since it was invented. However, in India, women even don’t know if such things exist and to all who know, it is problematic for many reasons which I’ll discuss later. 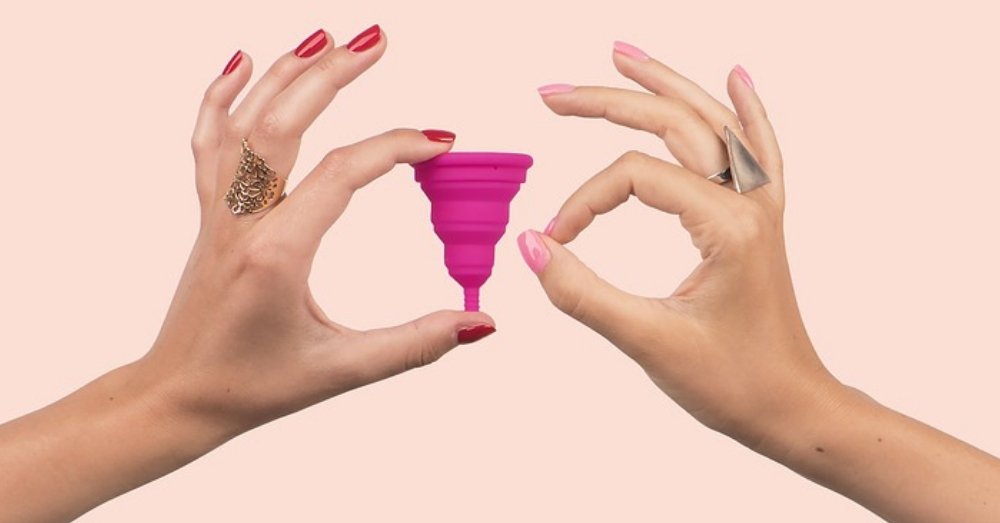 By and large, a menstrual cup is the only sustainable and civilized way to bleed. It is eco-friendly, cost-effective and a reusable means which can be used for 5–10 years. Now imagine the number of pads you’ll have to use and the money you’ll have to spend in this time span. Also, the amount of hazardous substance in the form of pads, you will dump in the ocean. On the face of it, a menstrual cup is definitely something you must have during your menstruation. It is leakage proof and doesn’t produce any intolerable smell. Once inside your vagina, you forget that you’re menstruating for the next 8 to 10 hours. Hence, it’s magic in many more ways which you will discover and will be writing about, after using it for sure.

1. Coming along to myths, the very first myth about the menstrual cup is that by using it, one can lose their virginity, which is illogical since hymen is an elastic tissue which is flexible and can’t be torn by using these cups. Moreover, this cup remains in the outer vagina and doesn’t necessarily harm the hymen.

2. The second myth is that after insertion, it goes missing inside the vagina and comes out only after surgery which again is a big misconception since the vagina is not a cave or tunnel which engulfs things. Vagina only contains space till your cervix which is a tiny space and the cup remains stuck to it. So again, there is no hide and seek with the cup, and it’s safe.

3. The third one is that how would someone pee while wearing a menstrual cup. So to enrich your biology ladies, you need to inspect your vagina again and this time with greater caution. Women have three openings—urethra, vagina and anus and urethra is an opening from where you pee; hence, no worries about holding your pee and cursing your bladder while using a menstrual cup!

4. The fourth one is that it’s painful, uncomfortable and harmful to the body. Now you might feel a little uneasy in the first go, but later on, you get used to it like you get used to your periods. So again, no pain and miseries using menstrual cups. So far as the health is concerned, it is made of silicone and is not at all harmful to your body; however, great care should be taken while picking up one.

These are some common myths about menstrual cups which must be busted, and these cups should be encouraged for happy periods!

Also read: Why India Must Heed The Call For Effective Menstrual Hygiene Management

Menstruation is a natural phenomenon that ought to be discussed, and these discussions ought to be promoted at the ground level inside the rural households. Each child should be taught about  menstruation, not only girls but boys, too, should be given such education to make them compassionate and help create such an environment where menstruation and problems associated with it can become a common topic of discussions such as memes, careers, new clothes and crushes.