Explained: Crunching Numbers In The Delayed NCRB Report On Crime In India

The National Crime Report Bureau released its 2017 report only two years too late last week. The delay has been attributed to a last-minute exclusion of data on new categories like ‘Mob Lynching’, ‘Murder by Influential People’, ‘Killing Ordered by Khap Panchayats’and ‘Murders Committed for Religious Reasons’. Other sources claim that refreshing the format and new data-collection categories delayed the release of the report. A new software used to record the data has also been claimed to contribute towards the delay.

According to the Indian Express, internal sources claimed that even though these categories were populated with numbers and statistics, they were removed from the report at the behest of highly placed officials. Data on mob lynching was collected following the uptick in incidents after 2015-2016. Therefore, the format of the report has remained the same since 2016, except for the addition of ‘Cybercrimes’, ‘Offenses Against the State’ and ‘Crimes Committed by Anti-National Elements.’

The Telegraph reports that officials in the Union Home Ministry claimed that data under these heads and others like ‘crimes against journalists, whistleblowers, RTI activists’, and those committed by Khap panchayats, religious leaders and ‘illegal’ migrants were not included because these fields were vague and “open to misinterpretation.” Another category left out from this report was the ‘Human Violation Committed by Defense Personnel and Central Armed Police Forces. on the grounds of data being “vague and unreliable.”

Delhi saw a fall in crimes against women while overall crimes against women were on the rise (6%), while both trends have been continuing for the last three years. Uttar Pradesh reported 56,011 crimes while Maharashtra and West Bengal reported 31,979 and 30,992 respectively. The ‘Crimes Against Women’ head include murder, rape, dowry death, suicide abetment, acid attack, cruelty against women, and kidnapping. 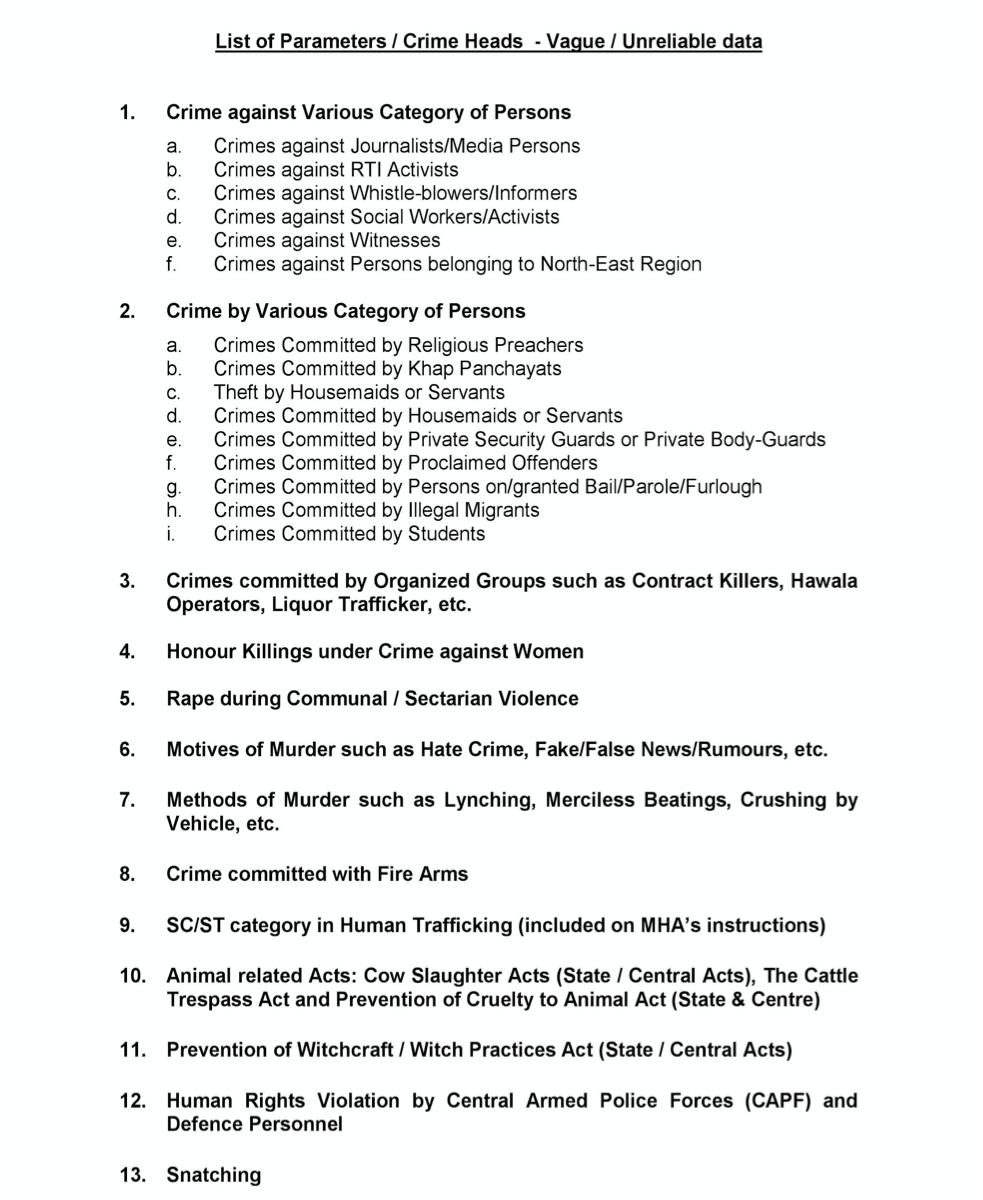 During 2017, 56.0% of cyber-crime cases registered were for the motive of fraud (12,213 out of 21,796 cases) followed by sexual exploitation with 6.7% (1,460 cases) and causing disrepute with 4.6% (1,002 cases). The NCRB has also widened the scope of cybercrimes. These included crimes against women & children, crime statistics under cyber blackmailing/threatening, cyber pornography, cyberstalking, defamation/morphing, fake profile, internet crimes through online games, etc.

The data in the NCRB’s report will help policymakers and law enforcement authorities in developing strategies to effectively combat different forms of crime. The statistics will also help social scientists, criminologists and officials of the criminal justice system in the country to formulate evidence-based policy and research.

Also read: NCRB’s Silence On Farmer Suicides Is A Cause For Concern. Here’s Why.

Exposing The Truth in Community
July 3, 2020
937
Caste, Prostitute and COVID-19 a deadly combination for survival ……!!

Sudarshan Sawra in Community
July 3, 2020
257
The Anxious Ramblings of a ‘Covid Warrior’