Be The Change: Say No To Burning Effigies

By Nupur Bakshi in Environment, Society

We Indians have grown up with the culture of burning effigies during Dussehra, but in this era of heightened awareness on environmental issues, should we keep following this tradition? Don’t we , the youth of the country, need to bring in change? We do.

This is the scenario in every other local park in most cities of India. That’s the nearest I have been able to witness Dussehra festivities, mind you, not to be a part of the pomp and show, but just to witness. 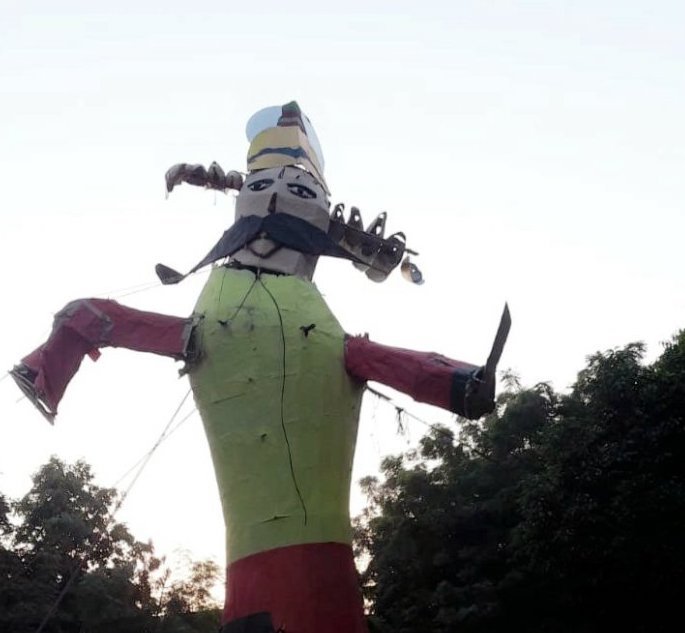 So. this is the picture taken prior to the burning of the effigy.

I’d now like to share some pictures that I took at the same spot two days after Dussehra. 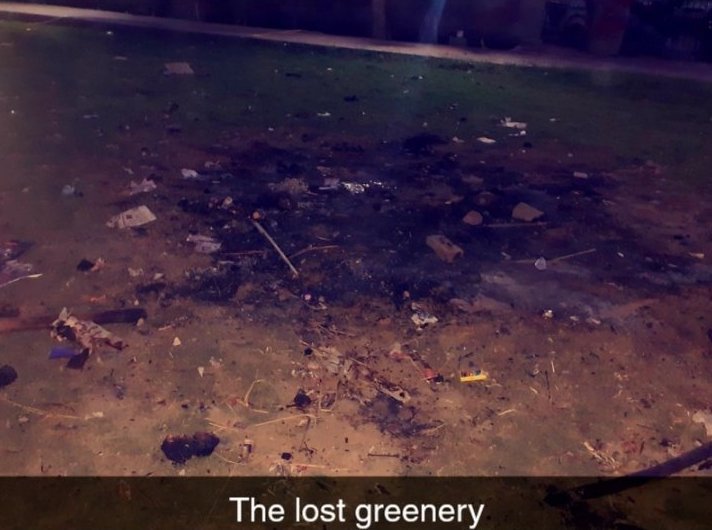 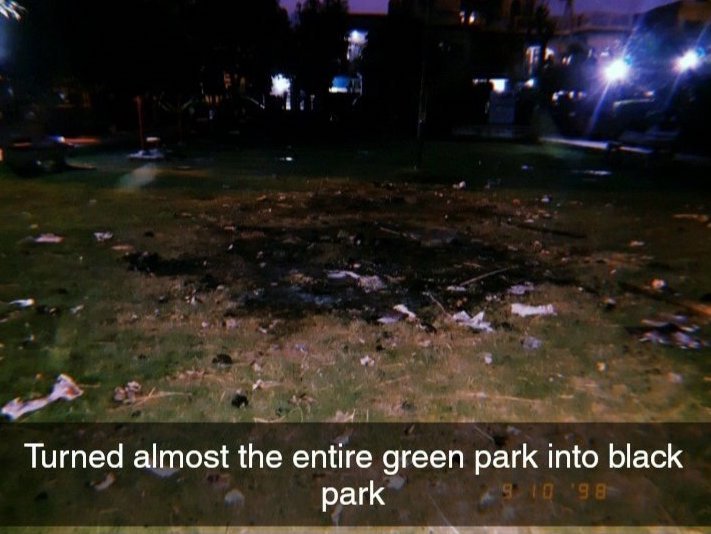 The park’s entire grassy turf appears burnt, and a large portion of it was partially damaged and children couldn’t play there any longer. It is littered all over with plastic bags, packets, remains from crackers, tetra packs owing to the people who had come there and must have brought eatables and other stuff along with them to enjoy the scene as if it were a picnic. 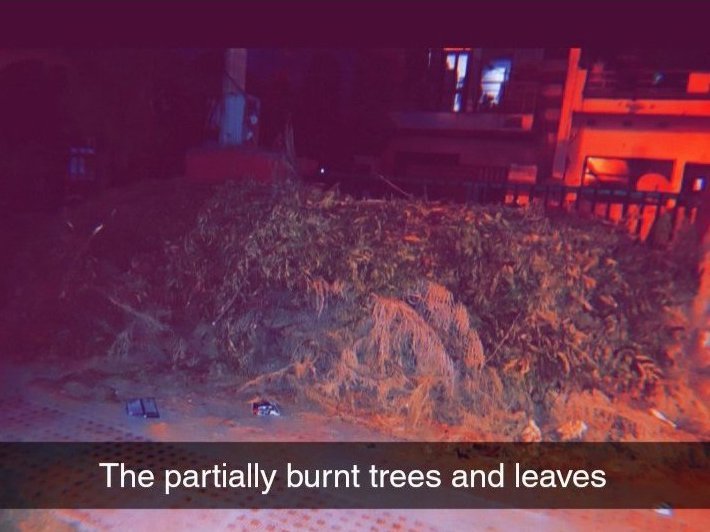 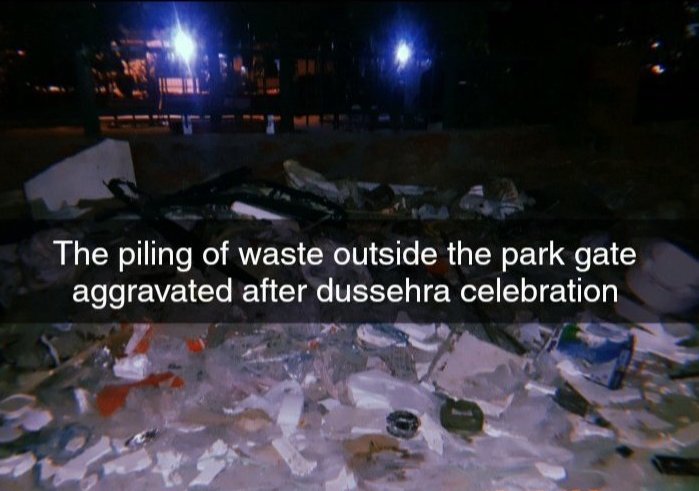 The same people, who live in the houses surrounding the park now complain that the air is polluted, and that their children are coughing. Hypocrisy?

I talked to Ayush (name changed) one of the nine boys who led the Dussehra festivities. Upon being asked, he informed that they had been into the project since the onset of October. They started with the collection of funds and collected a total of ₹ 2,000.

Then, I asked him about the time he and his fellow mates invested in this, to which he replied innocently, but with some pride, “Hum subah 9 baje nikal padte the, fir raat ko 10 baje ghar vapis aate the, iske beech hum ek bhi break ni lete the, bhookh pyaas sab chodke hum kaam pe dhyaan dete the” (We would leave by 9 in the morning and return home by 10 PM. We wouldn’t take any break, remain hungry and thirsty to focus on the work). Just imagine a mere 10-year-old child showing this kind of ‘dedication’ for this ludicrous task. Scary!

I stood there numb. Imagine if they showed such interest and spent half so much time in their academics and extra-curricular! My question to him was, why? And he said, “Burai ke vinaash ke liye Ravana ko jalana hi padega na” (We will have to destroy Ravaan to destroy evil) just parroting the rubbish he’d heard from everyone around him.

What else could I ask and expect from a child! So here I am, asking you: why? Does the burning of the Ravana effigy do any good for society? Do people get influenced and control their sins? Does the crime rate fall every year after Dussehra? Anything? No.

Instead, distressingly, these Dussehra grounds tend to become breeding grounds of harassment. I feel that many boys go there with the intention of misbehaving with girls. These grounds are also a haven for pickpockets. 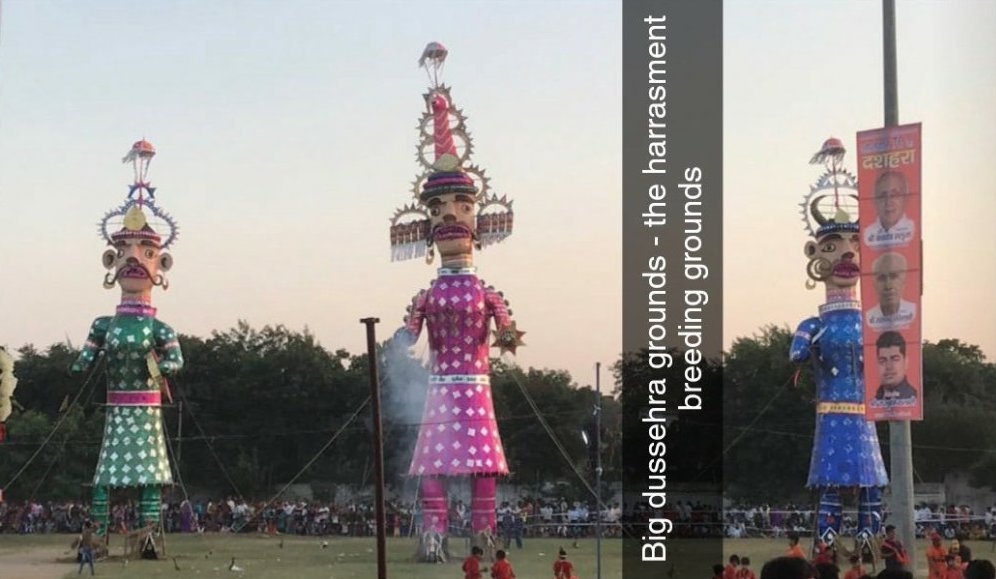 This pretty much sums it all.

The real Ravanas hide in their houses, raping women and little children indiscriminately, exploiting and torturing animals for fun and money, killing and destroying innocent families in the name of religion, engaging in human trafficking, betraying and robbing others off money—it is these people who should be burnt and not mere Ravan effigies, if you actually wish to beat Satan.

So clearly, according to him, the killing of Ravana actually implies killing arrogance and pride and not the effigies.

Why then, are we misinterpreting religion in such a drastic way?!  And that too especially when we have the right-wing nationalist government at the helm?

This article was first published here.

Also read:  Dams For Some, Damnation For Many: Who Pays The Price For The Sardar Sarovar Dam?