How Did Birsa Munda Become A Bhagwan To His People?

A freedom fighter, a peerless protagonist of tribal rights who stunned Britishers with his courage and bravery, and a tribal folk hero, Birsa Munda became a God to his followers. He spearheaded the tribal freedom movement in the Chota Nagpur plateau, making him an important figure in the history of the Indian independence movement.

He is the only tribal leader whose portrait can be found in the Parliament. Munda folklore sings about Birsa’s life as a child and how he grew into a revolutionary. He was born in Ulihatu village of Kunti district in Jharkhand, a small village, on November 15, 1875. Birsa understood the deception of the Britishers and united the Munda people against them. But, how and why did Birsa Munda become a Bhagwan?

The stories of Birsa as a healer, a miracle-worker, and a preacher spread along with the folklore. Birsa declared himself as a messenger of God who soon began to be identified with God himself. He gave orders to his followers to pay no rents as their lands were free.

In his religion, superstition, alcohol, theft, lying, and murder were anathema to him and begging was also prohibited. The Birsaites approached him as their Singbonga or the Sun God, the good spirit who watches over them and can do no ill. He was looked upon as an incarnation of Khasra Kora who had destroyed the Asurs. He became a saviour for the people who called him Dharti Aba. His impact convinced people of other religions to believe in the new Sun of religion.

Bisra Munda stressed on the need of the tribals to study their own religion and not forget their cultural roots. His love for his land and people made him realise and see the atrocities against them. He couldn’t stand to see that and led a movement against the British. Birsa’s own experiences allowed him to understand how the people from his community were suffering. He did not only attempt to wage protests and lead anti-colonial movements but envisioned a radical rupture in the historical continuity of oppression, dominance, and exploitation.

Birsa, along with other tribal people had the capacity to protest against injustice and express their anger against colonial rule. The massacre at Dumbri Hill made it a “hill of the dead” when hundreds of tribals lost their lives for the cause of freedom against the modern ammunition of the British. The Great Tumult against Britishers sought to establish Munda Raj and independence. The slogan of the movement was “Abua Raj ete jana, Maharani Raj Tundu Jana” which means “Let the kingdom of queen be ended and our kingdom established”.

Birsa came out to help his people and his unflinching service to them made him their “Bhagwan”.  Many scholars fail to visualise him as a ‘reformer‘. His rebellion left such an impression on the colonial state that officials were forced to introduce new legislation, the Chota Nagpur Tenancy Act, 1908,  that ensured the protection of the Mundas’ land rights.

Also read: 5 Inspiring Tribal Sports Persons You Should Know About

It was Birsa who infused in tribals the values to love, respect, support and safeguard their land from outsiders, and this feeling is still prevalent in the very nature of all tribals in India. Birsa’s teachings were an eye-opener, and different from other corrupt rituals that instilled fear and insecurity in the hearts of people. His courage to stand against the atrocities is a lesson to adhere to and remember. 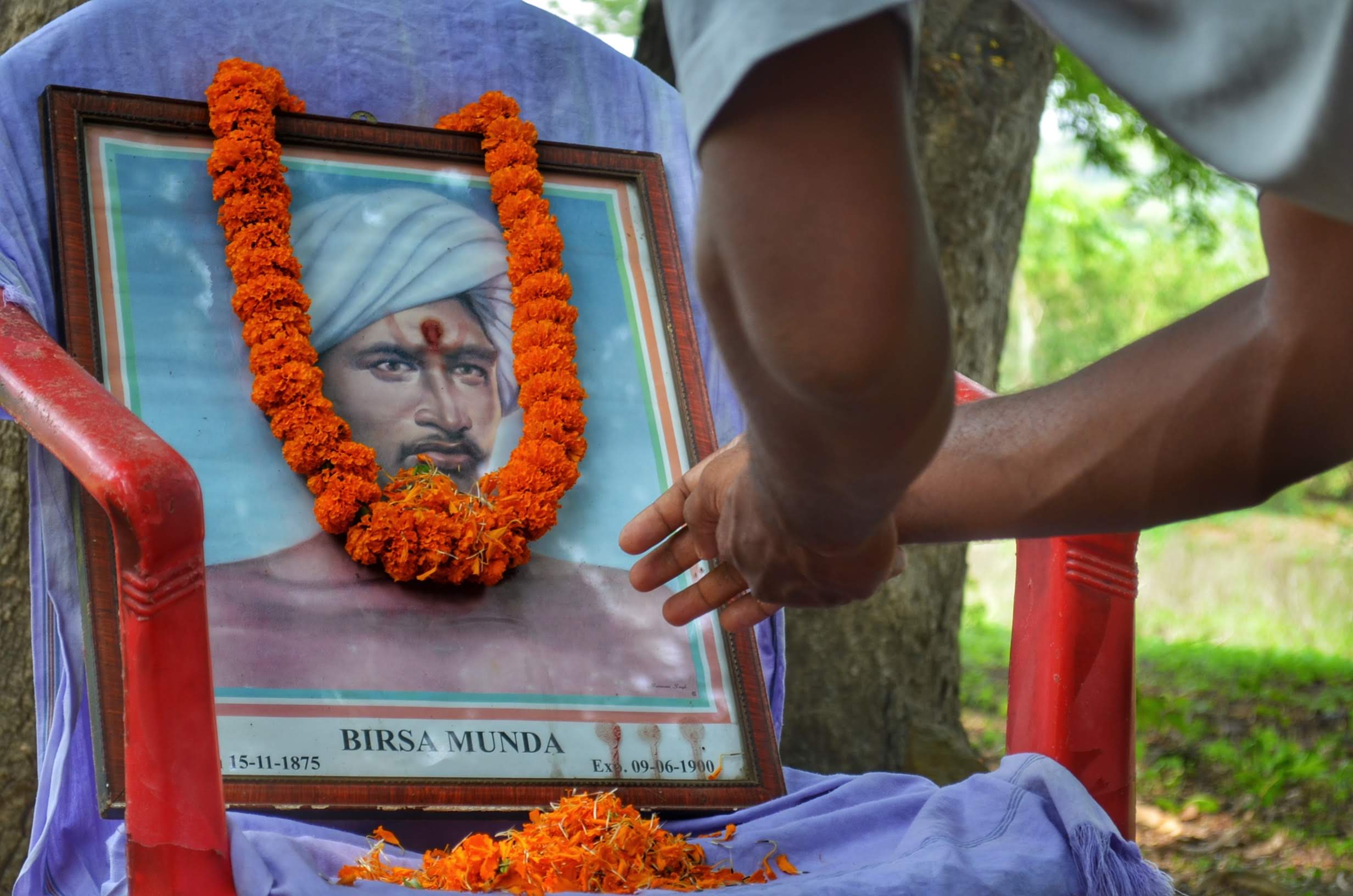 On the 144th birth anniversary of Birsa Munda, we learn from his life that a revolution against exploitation and aggression requires a vision and a team to work towards that vision. Birsa Munda was truly a freedom fighter who fought bravely against the tyranny of the British and a reformer who set the foundation of the importance of jal, jungle, and jamin (water, forest, and land).

About the author: Jyotsna Hans is a content writer for Adivasi Lives Matter. She is pursuing her undergraduate degree in law. She is fond of good food, good reads and good places to travel. “Through my articles, I tend to bring all tribal goodness in the limelight,” she says.